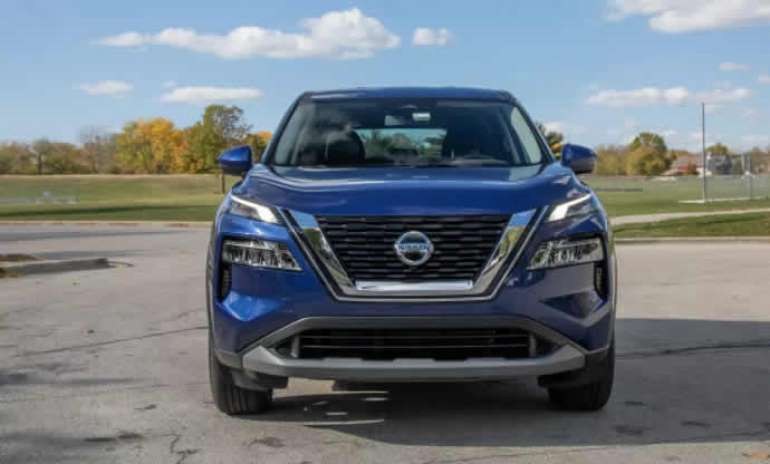 The verdict: The redesigned 2021 Nissan Rogue adds much-needed driving refinement, though it comes with a bothersome side of ride firmness.

Versus the competition: Return shoppers will miss the outgoing Rogue’s soft ride, but firm suspension tuning never stopped a compact SUV from selling like gangbusters. Other aspects run the gamut, and our overall impression is two steps forward, one step back.

Redesigned for 2021 with running lights spaced high above the headlights — a look popularized by the old Juke and, now, a smattering of Hyundai models — the Nissan Rogue comes in four trim levels: S, SV, SL and Platinum. Each offers front- or all-wheel drive; compare the trims here or stack up the 2021 and 2020 Rogue here. Don’t confuse it with the Rogue Sport, a smaller model based on a separate platform. All trim levels pair a 2.5-liter four-cylinder engine with a continuously variable automatic transmission. We evaluated a Rogue SV AWD.

Competitors steadily surpassed the outgoing (2014-20) Rogue in the all-important battleground of ride and handling. When we compared Nissan’s compact SUV against the field in late 2017, it ranked mid-pack in ride quality and last, by a mile, in handling. The redesigned Rogue makes significant strides on the latter front, with a quick enough steering ratio for precise directional adjustments as you negotiate sweeping on-ramps. Nissan dialed back much of the prior generation’s nose-heaviness and numb steering, too. Steering and dynamics aren’t exactly towering strengths for the new Rogue, but they’re far from liabilities.

Unfortunately, that comes at a cost: The suspension introduces a degree of impact harshness over potholes and sewer covers that the outgoing Rogue dispatched with minimal complaint. Nissan says suspension tuning is the same across all trim levels, and our SV test car had 18-inch wheels (S trims have 17s, but the SL and Platinum have 19s, which may ride harsher still). Overall isolation and body control are fine, but the shock firmness is puzzling, given the Rogue’s comfort-oriented history. Perhaps Nissan benchmarked the current-generation Honda CR-V and Toyota RAV4, two popular but firm-riding rivals. In any case, the pendulum has swung both ways at Nissan: The recent Sentra redesign stays fittingly soft, while the current-generation Altima skews firm.

The 2021 Rogue gets the same 2.5-liter four-cylinder engine from that Altima (here it makes 181 horsepower and 181 pounds-feet of torque), rejiggered from an earlier 2.5-liter that preceded it. Paired with a CVT that raises revs fast enough from a standing start, the 2.5-liter provides enough power around town but needs most of its reserves to reach highway speed, especially with multiple occupants aboard. If you need more power while already in motion, the CVT again increases engine rpm quickly enough. It’s slightly quicker in a driver-selectable Sport mode, but that setting keeps revs awkwardly high all the time — not simply hastening the transition, as effective Sport modes often do.

The Interior: Quality and Utility

Rife with all the trending elements in today’s automotive interiors, the Rogue’s cabin features a floating touchscreen, electronic gear selector and high center console, plus lots of stitched dash and door surfaces. Quality mostly lives up, with generous padding where your arms rest and a sturdy grade of fabric upholstery in our test car. Cost-cutting becomes evident once you get to the backseat — the norm in this class, though a few rivals improve on it. Leatherette (vinyl) and leather are both optional, and upper trims pad where your knees meet the console. That’s a useful provision, as its bulky design inhibits some lateral space. Nissan’s spring-loaded electronic gear selector feels a bit rickety to operate, but it’s a rare blemish among otherwise high-quality controls.

Interior storage is in good supply. With no mechanical linkage to select gears, the center console has a medium tray underneath, plus multiple cubbies around the cupholders. Gone is the outgoing Rogue’s deep glove compartment, but the other nooks more than make up for it. Unfortunately, utility behind the front seats takes, well, a slight backseat. The rear seats lose the outgoing Rogue’s 40/20/40-split, reclining functionality and sliding adjustment, the latter of which allowed owners to maximize cargo or passenger space; now the seat just reclines in a traditional 60/40 split. Legroom is fine, but the bench sits a bit closer to the floor than before, such that some adults may find their knees uncomfortably elevated. 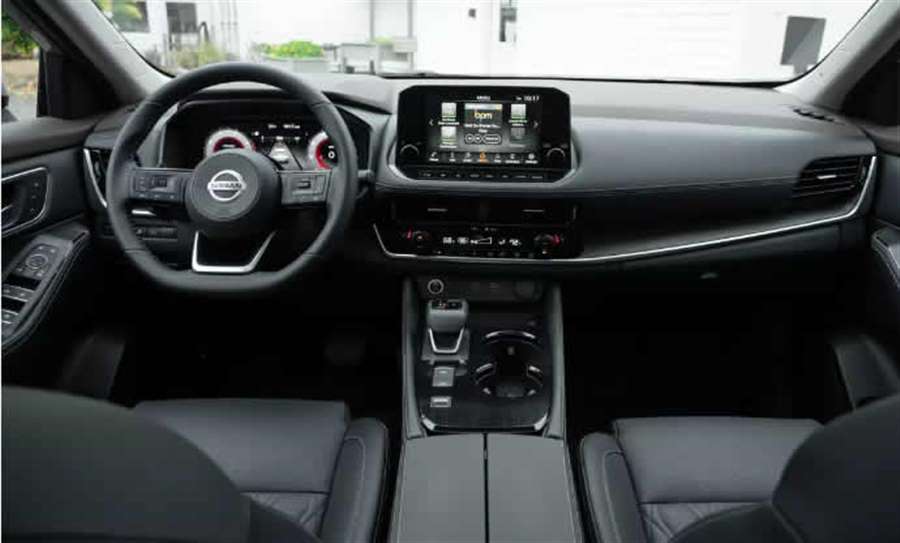 We measured 17.1 cubic feet of cargo volume behind the backseat in our Rogue SV, and that’s with a fixed cargo floor. SL and Platinum grades get Nissan’s Divide-N-Hide cargo system, which has a dual-level load floor that should add slight volume. In any case, the SV’s room lands within fighting range of others (we measured 18.7 cubic feet in a Toyota RAV4 Prime, for example). Note that it comes by way of our independent accounting of cargo space, a practice we’ve instituted amid inconsistent methodology from manufacturer-reported volumes.

As of this writing, third-party crash tests have yet to be published for the 2021 Rogue. Standard safety features include automatic emergency braking with pedestrian detection as well as blind spot and lane departure warning systems. Nissan’s ProPilot Assist system, included on the SV grades and up, incorporates adaptive cruise control with hands-on lane-centering steering, both of which work from a stop all the way up to highway speeds. Note that this isn’t the automaker’s second-generation ProPilot Assist with hands-free lane centering, which debuted on the new Ariya SUV.

Including destination, the 2021 Rogue starts just under $27,000. That’s a stone’s throw from its predecessor, and in the thick of its rivals’ starting prices. Characteristic of the class, it’s well equipped on the safety and multimedia fronts but basic beyond that: Rogue S shoppers can expect manual seats, cloth upholstery, manual climate control and basic keyless entry.

Climb the trim levels, and you can get a panoramic moonroof, hands-free power liftgate, vinyl or leather seats, keyless access, power front seats (though without a passenger height adjustment), tri-zone climate control and heated seats in both rows. A loaded Rogue Platinum AWD tops out in the high $30,000s, which is also competitive.

Naturally, the Rogue’s improved agility is a modest adjustment to what it once was; this is no sports car masquerading as an SUV. The improvements come at some expense to comfort, and the utility setup takes half a step backward. But the SUV takes more steps forward, and it doesn’t come with a huge jump in price. In balance, it’s a notably better SUV than the one it replaces — something shoppers who don’t prioritize comfort or utility can appreciate.

Tagged under
More in this category: « 2022 Nissan Leaf Design and Price The first details about the all-new Nissan Qashqai »