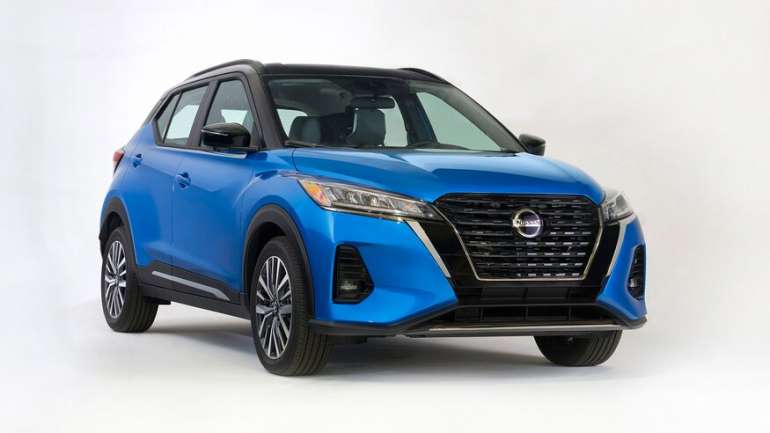 If I'm entirely honest, the Nissan Kicks didn't have the makings of a hit when it was first announced for the U.S. market. Adapted from elsewhere in the world and a bit behind Nissan's own styling curve, it appeared to be a quick and dirty move to get something, anything in a suddenly hot segment. Driving it, though, revealed its charm. What it lacked in specs it made up in value and practicality. It surprised with a carefully chosen but impressive list of standard features and a genuinely enjoyable driving experience. Even so, Nissan has kept on top of updates, culminating in this smartly refreshed 2021 Nissan Kicks.

The biggest fix is right up front, where Nissan has given it a nose job. Although the Kicks has always had a fun, funky vibe going on, the old car's puckered face always made it look like it had already been on Nissan lots for years. Pumping up the grille and upgrading the headlights (all the way up to full LED units on the SR trim we drove) have gone a long way toward making the Kicks look like a new car rather than a retread. The rear end didn't need as much help but got it anyway for a net gain.

The most important work, though, was done inside. It sounds like a small thing, but a new center console is worth talking about here. Few things remind you of how cheap a car is as not having a center armrest for the front passengers. Nissan has fixed that with a full-length center console featuring an enclosed bin for your things, an armrest, and big cupholders. Deleting the old-fashioned handbrake made it all possible, and you get a modern electric parking brake as a bonus. Unfortunately, you do have to pay for it because you can only get it on the SV and SR trims. The base Kicks S keeps the old setup. 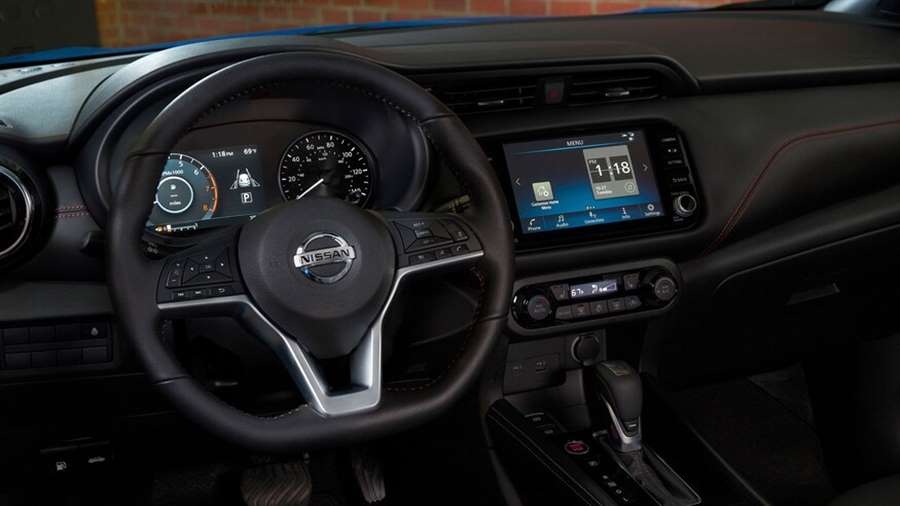 Hovering above all that is an updated infotainment system. Seven inches is standard, but it now provides Apple CarPlay and Android Auto functionality free of charge. The optional upgrade unit grows to 8.0 inches and now includes a Wi-Fi hot spot and over-the-air software update capability.

You have to look a little harder for the other big get. The Kicks has always had the hardware needed for adaptive cruise control but didn't offer the feature until now. Add it to the shockingly long list of active and passive electronic driver aids, which already got a big upgrade for the 2020 model year and most of which is standard on all models. 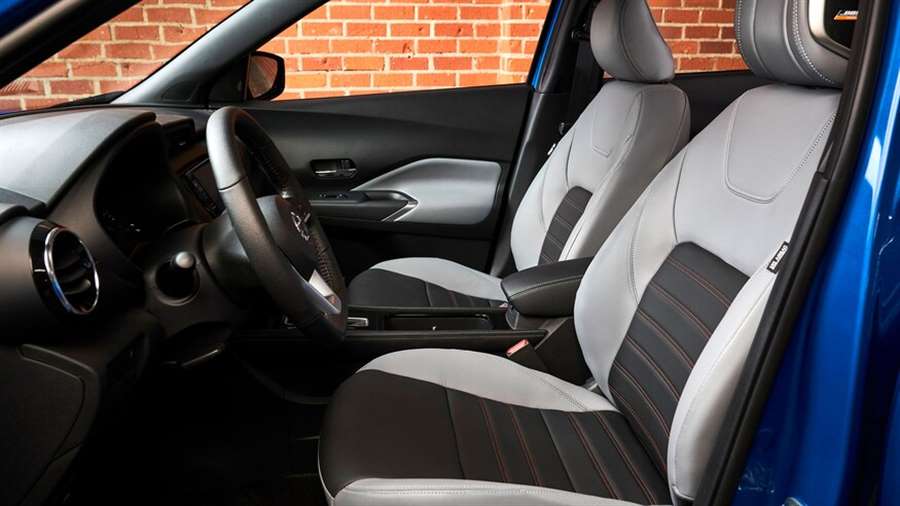 The new splashes of accent colors on the seats and doors are more visible. It's a small thing, but on a car with fun two-tone paint options, the black-on-black interior needed more pizazz, and it didn't take much to dress things up. The Kicks already felt like a screaming deal at $25,000 fully loaded (before dress-up accessories), and the '21 updates only make it feel like you're getting more for your money.

That feeling doesn't extend to the mechanical bits, but they were already doing a fine job. With only 122 horsepower and 114 lb-ft of torque and no substantial weight added, the Kicks drives exactly the same as it always has. Here again, there's nothing special on the spec chart, but Nissan does a lot with a little. Its simple suspension works quite well at providing a comfortable ride and chipper handling. It still has a bit of body roll, and the steering still feels disconnected, but somehow it's fun to swing around a corner when you get the chance. 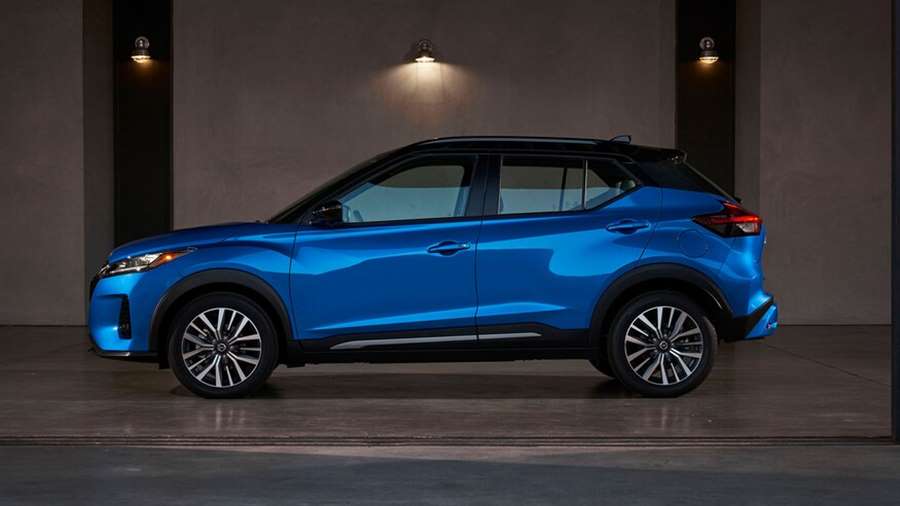 Similarly, the continuously variable transmission is tuned well to make it feel like the little engine is really trying. It's still among the slowest new cars on the road— it needs more than 10 seconds to get up to 60 mph—but its eager demeanor makes it feel quicker than it is. Meanwhile, it continues to get excellent fuel economy at 36 mpg on the highway.

It can get noisy getting up to speed and then cruising on the freeway, so I again have to recommend the SR Premium package if you can swing it. The Bose Personal Plus stereo included in the package delivers better sound quality than some luxury cars I've driven. It's an easy recommendation when the whole package, which gets you nice faux-leather seats, a security system, a cargo cover, and heated steering wheel and front seats, only rang in at $1,000 last year. Now, though, it includes the NissanConnect services, a WiFi hotspot, and over-the-air software update capability, so don't be surprised if the package price goes up.

Although Nissan hasn't released complete pricing yet, we do know the starting price has gone up by $430 to $20,595. That's still an incredible deal, though it's worth remembering the base model didn't get any upgrades. We're still waiting to find out how Nissan will price the SV and SR models with the new goodies. Even if those prices do go up a bit, the Kicks will likely top out in the neighborhood of $27,000, and that still could be a killer deal, especially now that there's even more to back it up.

I've always maintained the Nissan Kicks' greatest quality is its honesty. It's an inexpensive car that doesn't try to trick you into thinking it's something it's not. The good features aren't all reserved exclusively for the top trims or buried in dozens of add-on packages. Everything is straightforward and a solid value. It's a car that knows what features you actually want and delivers them with unpretentious style.