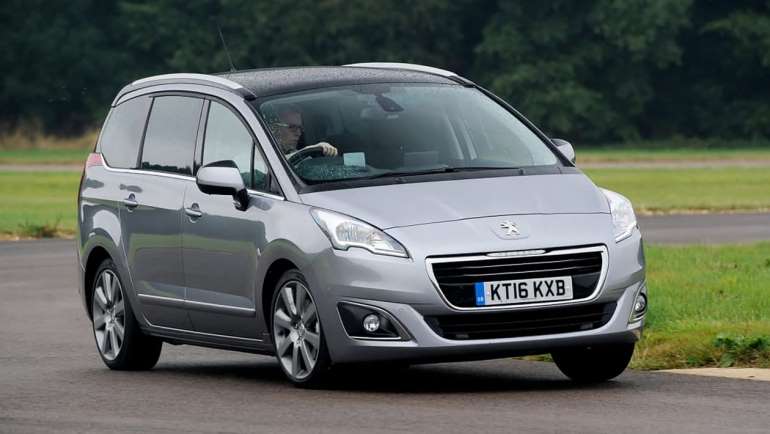 When we first drove the Peugeot in 2009, we reported: “The 5008 is a surprise. Mature styling, a compliant ride and sweet handling are matched by a punchy yet frugal range of petrol and diesel powerplants... But it’s the interior that matters on a car like this, and Peugeot has done a superb job.” We still like the car’s handling, ride comfort and cabin, but reliability and build quality can be an issue. Scrutinise any potential purchase carefully before buying.

If you do lots of short journeys, it’s worth buying a 1.6 THP to avoid diesel particulate filter issues (the VTi is best avoided as it has little zest), but petrol 5008s are rare.

A 2014 facelift included a styling makeover to bring the 5008 in line with the rest of the range and featured new headlights with LED daytime running lights. Buyers could also select from new colours and alloy wheels, while Bluetooth became standard across the range. There was even a colour head-up display on the top-spec model.

What are the alternatives?

One of our favourite used MPVs is the multi-talented SEAT Alhambra, which features car-like handling, a cavernous interior and very good build quality.

However, we’re also fans of the Renault Scenic/Grand Scenic Mk3, thanks to its versatility, space, economy and value. Plus it’s proving to be well built and reliable, too. The Citroen Grand C4 Picasso is worth a look because of its versatile seven-seat layout; our Driver Power satisfaction surveys suggest owners love it less, though.

Other MPVs worth a look include the Ford S-MAX, Mazda 5, Toyota Verso, Vauxhall Zafira and VW Touran, all of which offer versatility and space with ease of driving. Don’t rule out one of the modern breed of seven-seat SUVs, including the current Peugeot 5008 and the excellent Skoda Kodiaq.

Having taken the title of Best MPV at the Auto Express New Car Awards for three years in a row, we were keen to see how the updated version of the Citroen Grand C4 Picasso performed against the Volkswagen Touran and Peugeot 5008. It won again, leaving the Touran and 5008 to fight for second place.

Back in 2010, the Peugeot 5008 had to be content with another third position, as the Ford Grand C-MAX raced to victory in this battle of seven-seaters. The fresh-to-the-market 5008 couldn’t offer the interior space and practicality to topple the Ford and Volkswagen.

Another test from 2010, this time involving two cars that will be familiar to anyone who has driven in France. Back then, MPVs were still the seven-seaters of choice for many families, before the market switched to SUVs. This was a victory for Renault, with Peugeot forced to accept another runner-up medal.

Peugeot hopes its stylish, versatile new 5008 will shake up the seven-seater MPV market. But can it beat the established Grand Scenic from Renault?

Peugeot has got the family car bit between its teeth! The RCZ coupe is busy stealing headlines, but the firm isn’t neglecting more practical matters. First came the 3008 crossover, while the latest double-0 model provides seven seats. The 5008 is a full-sized MPV, putting it up against some serious rivals.

They don’t come much tougher than the Renault Grand Scenic. Only last week, its little brother, the five-seat Scenic, saw off the challenge of the new Vauxhall Meriva in diesel guise and range-topping Exclusive trim.

That puts it on a level footing with the Grand Scenic Dynamique dCi 160 TomTom on price. Both are packed with safety equipment, loaded with family-friendly features and have similar power outputs and seating layouts.

It’s likely to be a closely fought contest – but which seven-seater will come out on top?

Buyers really are spoiled for choice here. Both of our contenders are practical family models, and with a revised Ford S-MAX on the horizon, this segment has never been stronger. The new 5008 proves that Peugeot is on the comeback trail, following up the success of the excellent RCZ coupe. But is the seven-seater good enough to beat the godfather of the compact MPV sector? Nearly. With plenty of equipment, a competitive price and strong engine, it’s a fine choice. Lower running costs and superior predicted residual values add to the appeal, but the Renault clinches a narrow victory. Setting the Grand Scenic apart is its sharper handling, spacious and user-friendly seating in the second and third rows, plus a versatile load area. The firm that invented the MPV concept remains at the top of the game.

Tagged under
More in this category: « Peugeot 308 hatchback review