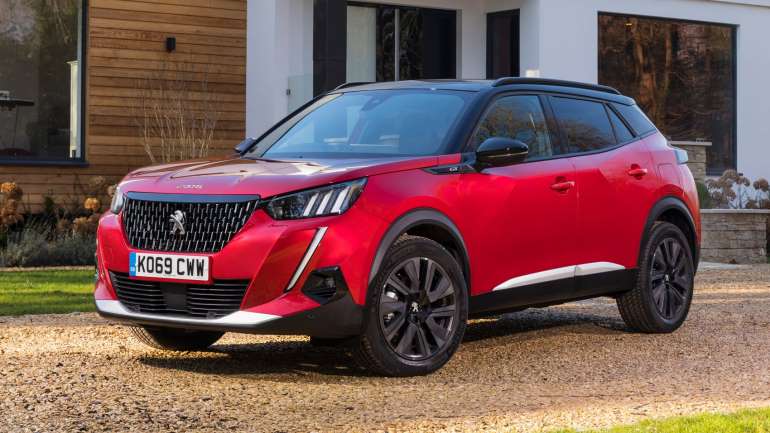 Peugeot’s all-new 2008 is reborn with more space, improved quality and some novel technology, to re-enter a small-SUV market more crowded than Hamleys toy store on Black Friday. The big news is a pure electric version with 193 miles of range, sold alongside the sole 101bhp diesel (expected to contribute just 5 per cent of sales) and a 1.2-litre petrol engine with three power outputs.

Set the scene – what’s new about this 2008?
It’s still a compact family five-door which rides higher than the similarly all-new Peugeot 208 supermini. But compared with its predecessor, this 2008 is much bigger. Overall length grows by 141mm to 4300mm, and the steel between the wheels now measures 2605, which means significantly more space in the cabin and there’s a bigger boot which can stow 434 litres of luggage. 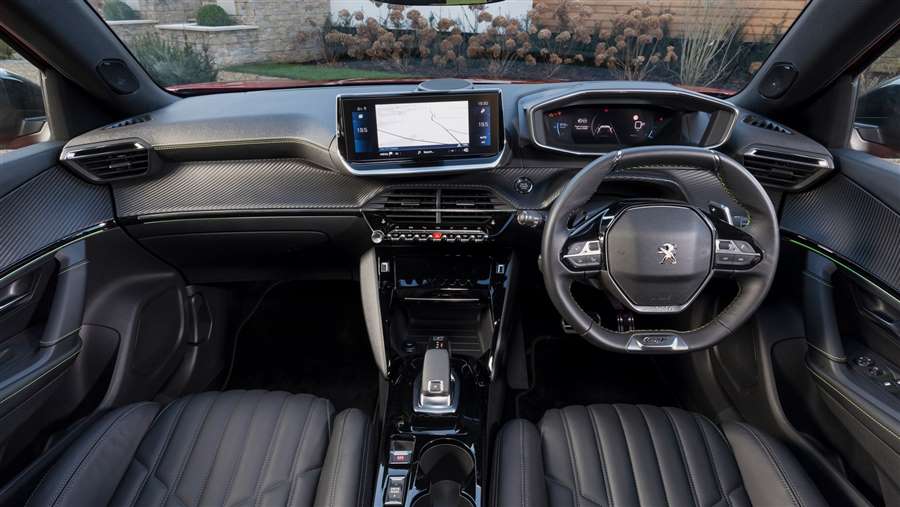 It also changes the vehicle’s proportions, pushing the wheels closer to the extremities and the windscreen slightly backwards. Peugeot’s design department opted for a proud, horizontal bonnet rather than the original 2008’s snub, droopy nose, which gives the new model the classical SUV look of Land Rover’s Defender or Jeep’s Wrangler. But there are heaps of modern design details too: a big grille with a patchwork of chrome or body-coloured inserts, triangular patterns in the bodysides and a swept-up shoulder line meeting a rear pillar accentuated with silkscreen stripes.

Inside the dashboard is adorned with high-quality carbon-effect concave trim, and Peugeot’s i-Cockpit cabin philosophy is evolved. That means a dinky steering wheel you have to drop into your lap so as not to obscure another big innovation, a stylish, digital 3D instrument binnacle (from the Allure second trim level up, starting at £22,350). Thankfully you can adjust the driver’s seat through a pronounced arc and move the wheel in-and-out, to get a decent position. Annoyingly, my bony backside found the GT Line seat’s faux-leather central strip a tad uncomfortable (akin to tight pants giving you a wedgie), though less ornate upholstery on another seat eliminated the lump. 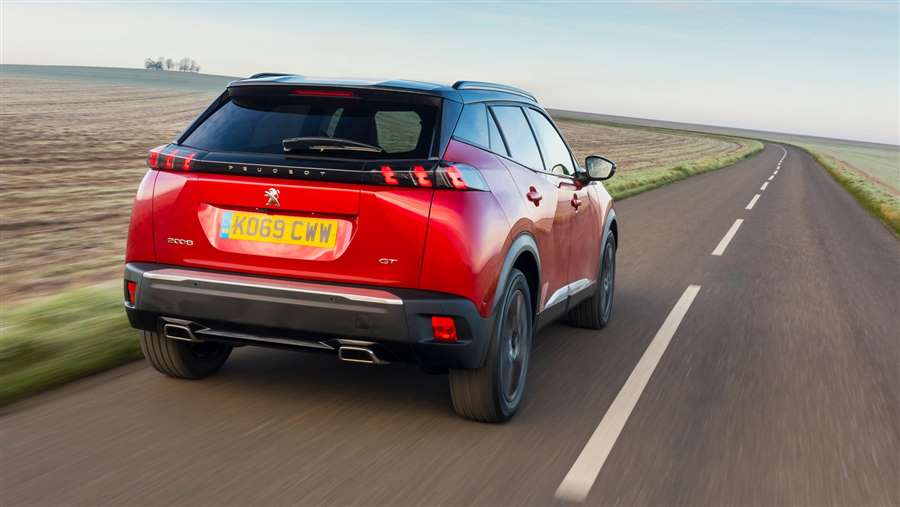 Too much information! What’s it like to drive?
The ride feels taut, with pronounced anti-roll measures keeping lean in check during cornering and a chassis that hugs the topography like a lycra catsuit. Body control is good, recovering its composure rapidly after a sharp deflection.

We tried the 1.2-litre petrol engine with both 17- and 18-inch wheels, and there’s a noticeable difference. The bigger diameter rims amplify every crest and dip in the road, and bumpy sections can be quite jarring as your hips shake and head tosses. Accelerating over sharp ridges can cause the front wheels to skip rather than remaining keyed into the surface.

This is also true of the 17-inch wheels, but less often. The ride remains tight but that underlying jagged edge melts away, leaving a set-up that keen drivers will appreciate. The steering adheres to the electric assisted norm: featherlight at manoeuvring speeds, deserving of more heft and urgency off the dead-ahead around town, then summoning a nice blend of weight and responsiveness for A-road carving and motorway cruises. The 2008 is one of the class’s more satisfying cars to drive. 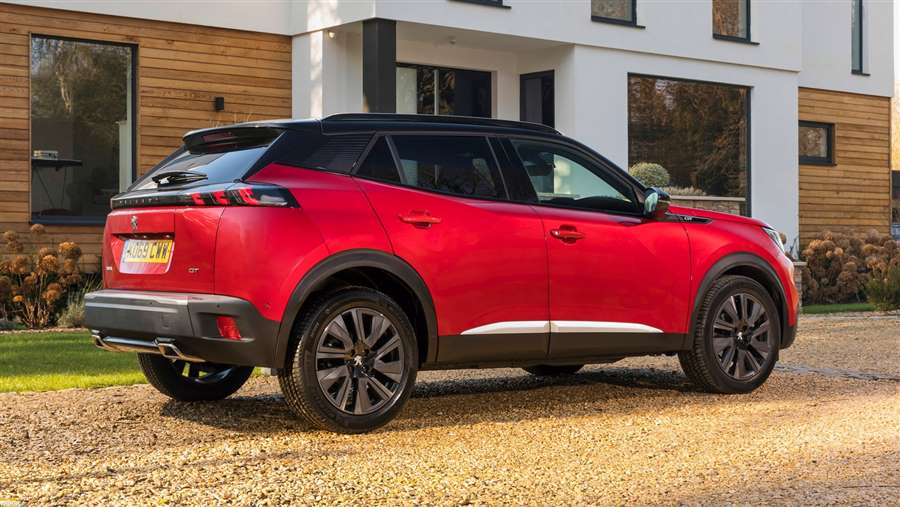 Want to know about the all-electric e-2008? Check out our review here. If not, keep reading our test of the combustion-engined 2008.

Does that chassis set-up compromise refinement?
Not at all, the 2008 is generally very civilised. The Michelin Primacy 4s, a bespoke blend for this Peugeot designed to suppress rolling resistance but prioritise wet braking, generate little road noise.

Expansion-joint-thumps sound so muted they appear to be coming from other cars, and the three-cylinder petrol engine’s charismatic fluttering is equally down in the mix. Only some wind whistle around the chunky side mirrors penetrates the 2008’s air of mature sophistication. At 80mph it’s so pronounced I wind back to 70mph and relish the improvement: that’s good for fuel economy and will reduce carbon emissions too. 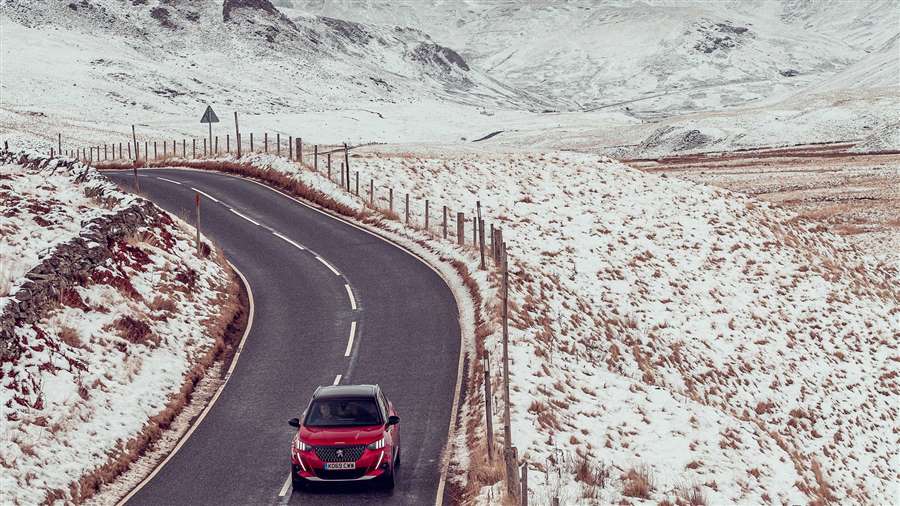 Peugeot quotes a range of 43.7–50.6mpg for the 129bhp, mid-ranking petrol engine (depending on spec and wheel size), and CO2 emissions between 102 and 109g/km. The threepot offers enough punch to occasionally fluster the front wheels, and a standstill to 62mph sprint in 8.9secs with the six-speed manual gearbox. That’s a negligible 0.2secs quicker than the eight-speed auto’s acceleration time, and you’ll be sacrificing smooth computer-controlled shifts for a less polished manual action: the oversized gearknob is baulky and the throw a bit long and indistinct.

Find another £2200 for an Allure with the 3D dials and fang-like LED lights. The most popular trim will be GT Line (accounting for 40 per cent of sales), which costs from £26,100 and adds a black roof and rear spoiler, reversing camera, 10-inch touchscreen and navigation. An unusual detail is lime green stitching on upholstery and dash sections.

The flagship trim, GT, comes in at £31,575 and adds top tech such as L2 cruise control, lane positioning and active blind spot monitoring.

Verdict
The 2008 offers a great package, with its hugely spacious cabin, 434-litre boot before any rear seat origami and lovely design details: from outboard air vent pods to 3D speakers bursting out of the windscreen pillars. With an appealing engine range and decent dynamics, the polished 2008 is among the best B-SUVs. Peugeot’s renaissance continues.