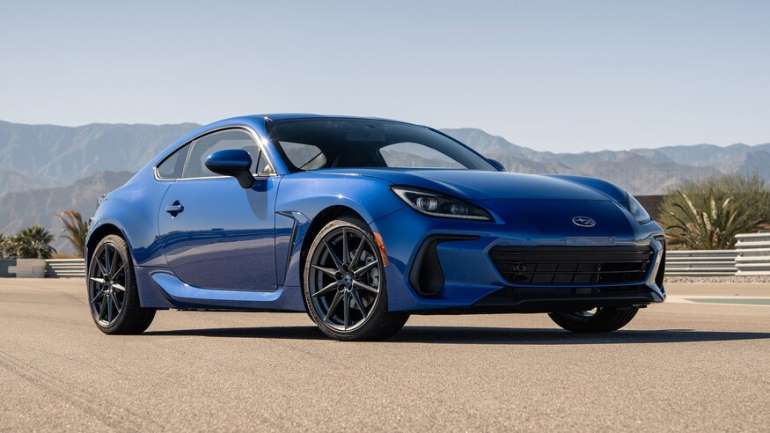 Even if it ain't broke, there are a few things you can still fix.

Since its debut in 2012, the Subaru BRZ has focused on delivering great handling. We've heaped piles of praise upon it—and rightly so. Small, light, agile, great suspension, great balance, low price, the ability to carry four tires with the rear seats folded flat—those are the ingredients that make up a great sports car. Remember, we put it one place ahead of a McLaren (and way ahead of a Lamborghini) at the 2012 Best Driver's Car.

That out of the way, the Subaru BRZ has long had two flaws. One, the design was a missed opportunity. Front-engine, rear-drive coupes lend themselves naturally to sleek, sexy shapes (Jaguar E-Type, Shelby Cobra, Datsun Zs, almost every Aston Martin ever built). Sadly, the first-generation BRZ had weird headlights, fake vents, and a softness to the rear end that allowed onlookers to wrongly assume it was front-wheel drive. 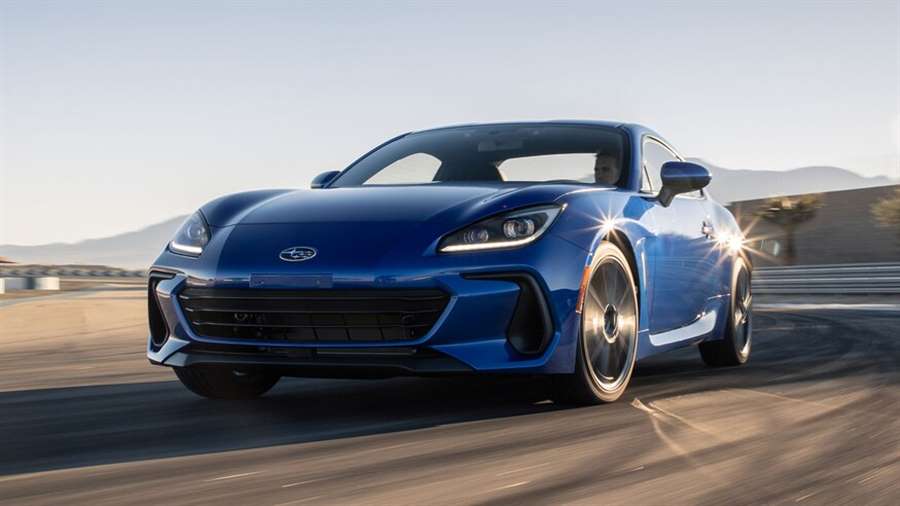 The other issue was of course power—or lack thereof. Case in point: Two years ago, Subaru released the 2018 BRZ tS, a car the brand claimed was "pure handling delight." I just reread the review I wrote of that one, and the salient point is: "I've never met anyone who has driven a BRZ … and asked for more handling. All anyone has ever said is 'More power.' As in, can we please have more power?" As you may have guessed, the answer was no. Well, guess what?

Meet the 2022 Subaru BRZ. Not only is the car all new, but so is the sheetmetal. Better yet, it has more power! Let's start with all 28 extra horsepower. The engine remains naturally aspirated but grows from 2.0 to 2.4 liters. The first-gen BRZ had the Subaru WRX's engine with the turbocharger removed, whereas the new car has the Ascent's 2.4-liter flat-four sans turbo. The result is 228 horsepower at 7,000 rpm and 184 lb-ft of torque at 3,700 rpm, up from 206 hp and 156 lb-ft of torque in manual transmission cars and 200 hp and 151 lb-ft of torque in automatics. Why no turbo? Subaru says to keep the BRZ's price down. That's probably most of it, though you have to assume that to some degree Subaru is protecting the WRX. The same theory applies to Toyota's safeguarding Supra turbo-four sales with its 86 assembly-line cousin. 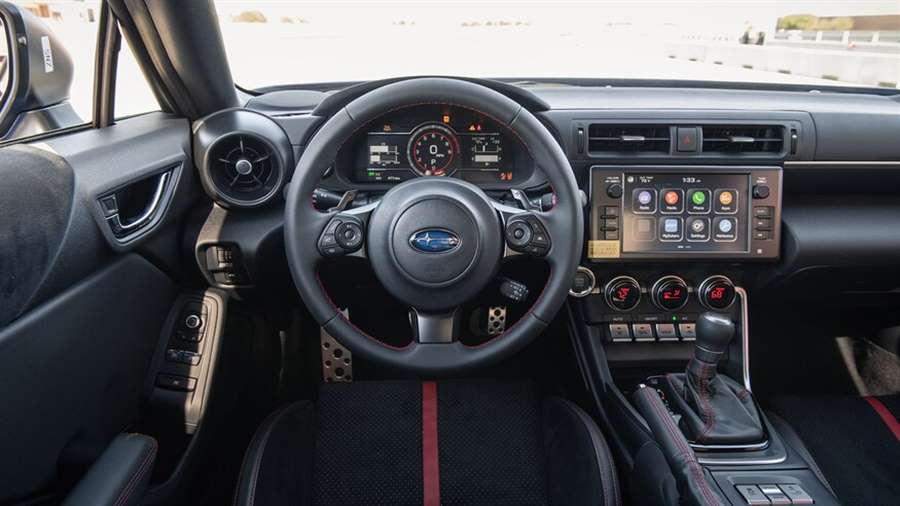 In the Age of Hellcat, the BRZ no doubt sounds underpowered. Keep in mind, however, that Subaru says the new BRZ weighs less than 2,900 pounds, which would be about 100 pounds more than the last one we weighed, a 2016 Series.Hyperblue that checked in at 2,763 pounds. Do the math, and the weight-to-power ratio still improves by over a half pound per horsepower on the new car. You can have your 2022 BRZ with either a six-speed manual or a six-speed automatic. Why still a six-speed auto? Remember that Subaru relies on Toyota's huge profits and massive supply chain to get the BRZ and Toyota 86 built. Toyota supplied the project with a six-speed Aisin slushbox. As ever, get the manual. 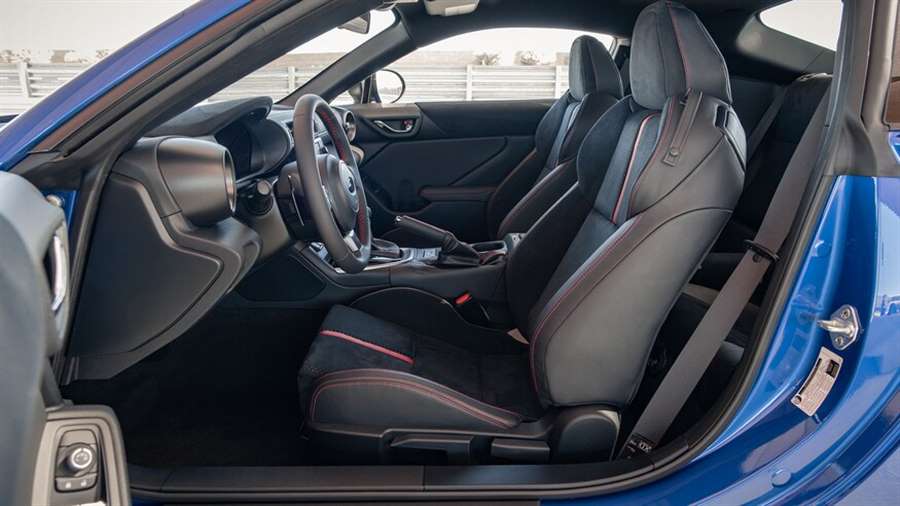 As for the chassis, it's all new, though Subaru built it with lessons learned from the brand's Global Platform. The top of the boxer engine block sits lower than the top of the tires, and as such, the center of gravity remains quite low. The front suspension is made up of long-travel MacPherson struts and coil springs, whereas the rear brings dual control arms and coil springs. A classic, sporty recipe for sure, and identical in setup to the previous car. The BRZ has grown fractionally in terms of wheelbase (101.2 inches to 101.4 inches) and length (166.7 inches to 167.9 inches) but is unchanged in width (69.9 inches), and the new one is actually shorter in height than the car it replaces (52.0 inches versus 51.6 inches). There are five driving modes, and if you place the stability control in Track mode, the digital tachometer reconfigures itself into a line graph just like a Mustang or a McLaren 570S.

As for the looks, I think the 2022 Subaru BRZ is a big improvement over the old car. From the front there's a bit of a mini-Corvette vibe happening, in a good way. Those black, penguin-shaped things below the headlights are functional vents that provide cool air, while heat generated up front exits via functional side vents just in front of the doors. The new BRZ almost looks like its smiling, a Mona Lisa sort of vibe. The headlights are a massive improvement from the last version. A little bit of Mazda? Sure, but Mazdas are by and large great looking. For you design nerds out there, the new BRZ loses a degree or two of tumblehome, the idea being that doing so would make the fenders look more square and therefore tougher. I think it works. I actually see a bit of Infiniti Q60 in the side profile, minus that car's terrible C-pillar. From the rear, I'm seeing a nice mashup up of a Honda Civic and Aston Martin Vantage, largely because of that kicked-up, mini-ducktail spoiler. You know what? It all works. 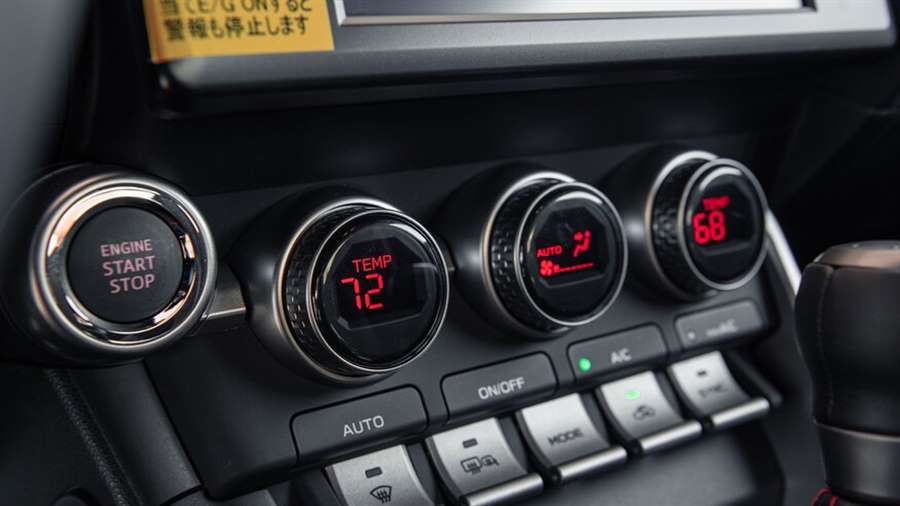 How's the 2022 Subaru BRZ drive? Dunno. Despite (a bit of) begging, I wasn't allowed to drive the car. Why not? Dunno, again. However, Subaru was nice enough to trek former F1/NASCAR and current Subaru rally driver Scott Speed out to the Thermal Club near Palm Springs to give yours truly some hot laps. "It's my mission in life," Speed said, "to get a one-make race series going with this car." His reasoning is sound. Although it's not a drag racer, 0-60 mph should happen in the low 6-second range. More important, not only is peak torque up, but from the seat of my pants, the torque curve is also up throughout the rev range. Unlike in the previous car, it felt as if the 2022 BRZ was blasting out of corners. In the first-generation BRZ, well, you never felt that. Is that notorious flat spot in the middle of the rev range gone? Again, didn't drive it, but it feels like it's mostly gone, not totally gone. The new BRZ felt as balanced and as neutral as ever, with a hint of oversteer on turn in. Understeer basically doesn't happen, due mostly to the suspension tuning, though I'd guess the sticky Michelin PS4S tires help some, too.

Speed's reasoning for the racing series is that modestly powered sports cars like the BRZ will result in more of a pack or group on the track, and that will allow for more passing opportunities, and passing is more fun than not. The new BRZ is the perfect tool for the job because it behaves so well on the track. Who am I to argue with Mr. Speed?

Subaru hasn't announced pricing yet, but expect it to be in line with current BRZ prices when the new sports car goes on sale this fall, so just a hair under $30,000.

Tagged under
More in this category: « 2013 Subaru BRZ First Drive