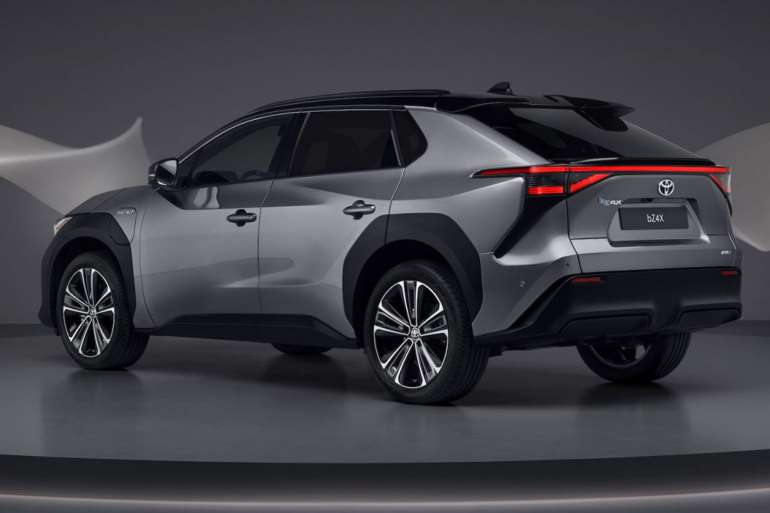 The bZ4X is Toyota's first purpose-designed electric car, and joins the fastest growing market sector – the electric SUV. It's underpinned by an all-new platform co-developed with Subaru, and the headline figures are its claimed 280-mile range and super-long warranty covers its battery pack and motors.

The bZ4X is similar in size to the Toyota RAV4, and it competes with the Volkswagen ID.4, Skoda Enyaq iV, Ford Mustang Mach-E and the forthcoming Nissan Ariya. It's a bold-looking car inside and out and will be sold alongside Toyota's petrol, hybrid and hydrogen models, and it's the first of 15 Toyota EVs planned for 2025.

Toyota has announced full pricing and spec details, although it's currently only available to reserve at the moment, with sales commencing later in 2022.

Inside the bZ4X is there's a reassuring mix of switches and screens, with three seats in the back, conventional door mirrors rather than a camera-based system, and twin sunroofs. The floor is flat for rear passengers (owing to the location of the battery in the floor) and Toyota claims the legroom is Camry-spec spacious.

Note also how the newly compact steering arrangement frees up space for a more compact instrument pack, just like in Peugeot's i-Cockpit raised dials. A 7.0-inch display sits behind the wheel, with a large infotainment screen placed at the top of the centre console.

Boot space amounts to 452 litres with the rear seats in place, and Toyota promises the latest driver assistance tech through its third-generation Safety Sense system. Further upgrades will arrive in the future via over-the-air updates. 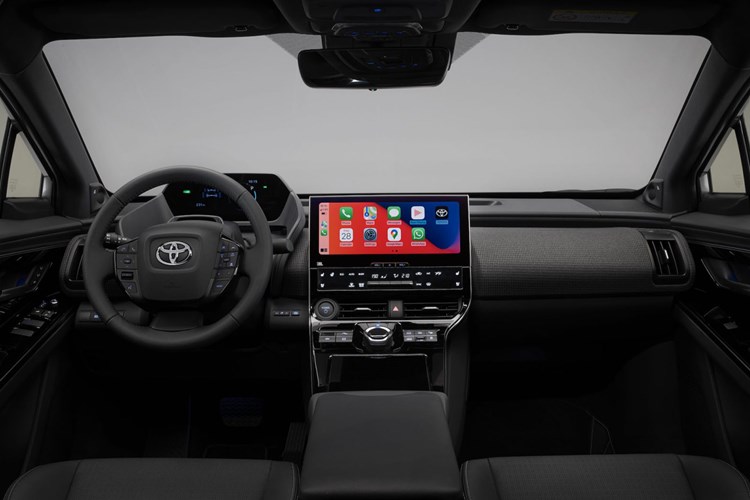 The bZ4X gets a steer-by-wire system. This means there's no physical link between the steering and road wheels – instead it's controlled electronically, rather like a video game controller. Known as One Motion Grip, this system releases more space for the driver as the steering column is a lot less bulky – it will be very interesting to see how it feels on the road.

The bZ4X will be offered with a choice of front- or all-wheel drive – the former uses a single motor that generates 204bhp, resulting in 0-62mph in 8.4 seconds. The four-wheel drive version has a motor on each axle for a total output of 220hp, shaving seven-tenths of a second off the 0-62mph sprint.

It's also equipped with a single-pedal driving mode and settings for tackling snow, mud and other forms of tricky terrain which amounts to 'class-leading off-road handling' according to Toyota.

A 71.4kWh battery gives a range of around 280 miles, with charging of up to 150kW allowing an 80% top-up in half an hour. From launch the bZ4X comes equipped with a 6.6kW on-board charger, but there's an upgraded 11kW unit in the pipeline already for the fourth quarter of 2022.

In a first for Toyota the battery is water-cooled, and the manufacturer claims that clever management of the cells' temperature means they will retain 90% of their performance after 10 years or 150,000 miles of use.

Toyota is also among the first manufacturers to incorporate solar technology into an electric car, with panels in the roof of the bZ4X helping to replenish the battery while on the go or when parked. 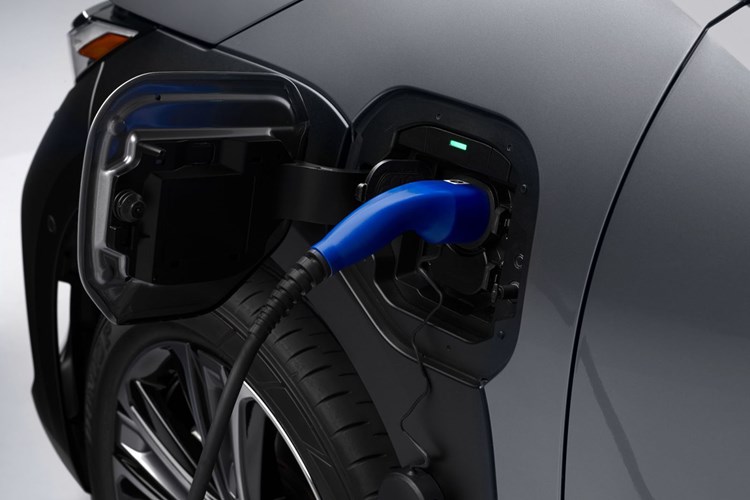 The bZ4X is offered in three versions, plus a special edition Premier model. The entry-level Pure is front-wheel drive only and comes with 18-inch alloy wheels, 8.0-inch infotainment screen, reversing camera, climate control system with remote operation function that lets you warm-up or cool the car before setting off.

Next up is the Motion version. This one gets electrically-adjustable seats, ambient lighting system and wireless smartphone charging. It's offered in front- and four-wheel drive forms. Top of the regular models in the bZ4X Vision – it includes 20-inch alloy wheels, synthetic leather seat upholstery, heated and ventilated front seats, and a heated steering wheel among other features. You'll also be able to open and close it with your smartphone via an app.

The Premiere Edition model will be available for a limited time and gets a nine-speaker JBL premium sound system and the Skyview panoramic roof over and above the features included in the Vision model.

The bZ4X comes with an extended care programme that covers the water-cooled battery pack. It will guarantee that it will still operate at 70% capacity after up to 10 years of ownership or 600,000 miles.

Stay tuned to find out more about the bZ4X when we get behind the wheel for the first time.