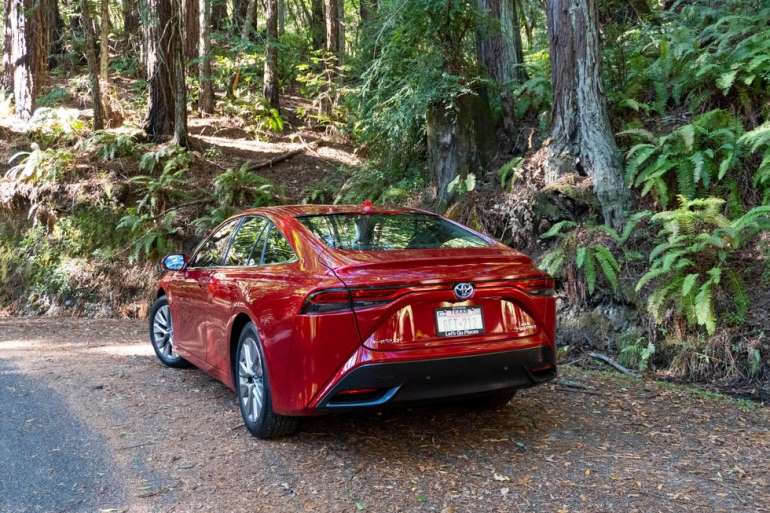 Toyota's redesigned Mirai hydrogen fuel-cell sedan brings handsome design and 400 miles of range—but only to those who live in California.

In the 1990s, Apple Computer appeared doomed as its market share dwindled and developers abandoned its platform. At the time, Microsoft's Windows could run pretty much anything, whereas Macs were known for running a few applications and games. Even though the Mac had a rabid following, the question emerged: Why buy a Mac when it doesn't run everything? 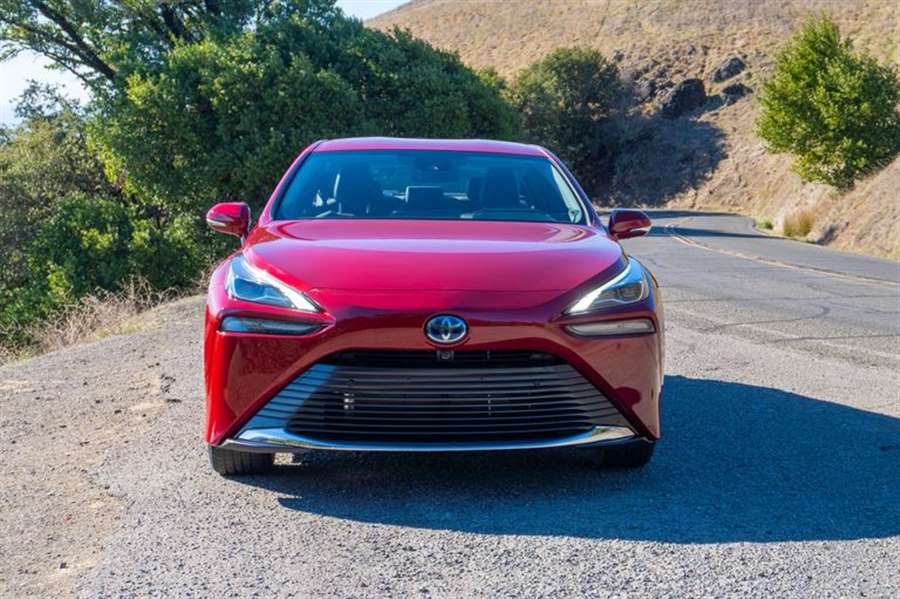 Toyota finds itself in similar situation with its comprehensively redesigned 2021 Mirai hydrogen fuel-cell vehicle. Although the new car impresses as a stylish touring sedan, limited hydrogen-fueling infrastructure in the United States means California is the only American market where it will be sold. In other words, why buy a car that can't be driven everywhere?

The 2021 Mirai starts at $50,455—some $9090 cheaper than its predecessor—and rides on Toyota's GA-L platform. With an electric drivetrain powered by a hydrogen fuel cell, drivers get the dual benefits of a zero-emissions vehicle with a conveniently short refueling time similar to a traditional internal-combustion powertrain—provided you can find a hydrogen station. Under the hood of this freshly designed four-door is a smaller and more efficient fuel-cell stack that generates 172 horsepower, which is an increase of 19 horses over the first-generation Mirai. Range is up 30 percent to a quoted 402 miles on the base XLE model. The range increase is due partially to the new Mirai's three cylindrical hydrogen tanks (one more than before) situated under the cabin and trunk that can hold 5.6 kilograms of hydrogen when compressed at 10,000 psi, which is 12 percent more capacity than before. Working together with the fuel cell is a 1.2-kWh lithium-ion battery to power a 182-hp electric motor that sits behind the rear seats. 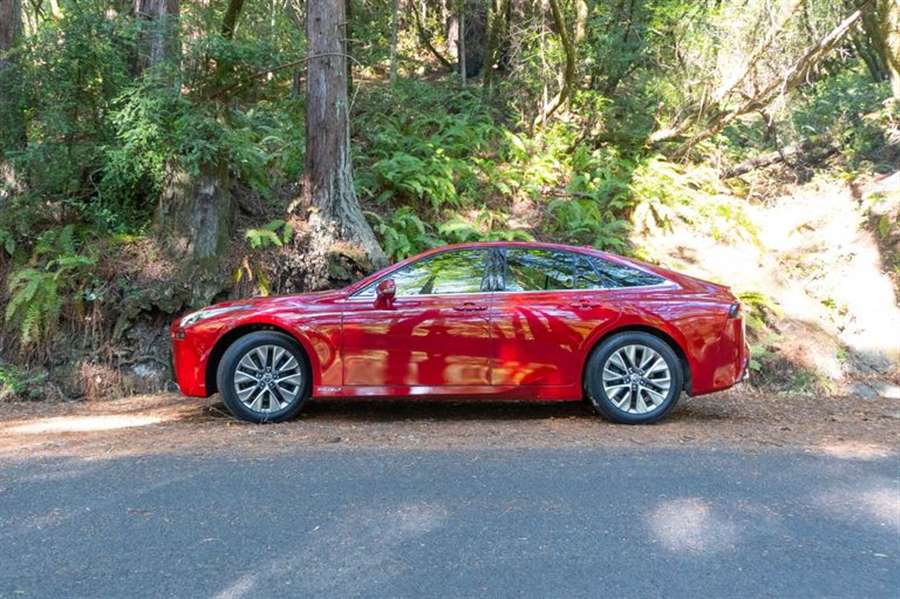 The result is a rear-wheel-drive vehicle with a nearly 50/50 front-to-rear weight distribution, which is something the previous front-wheel-drive model couldn't claim. Toyota's reasoning for the switch from front- to rear-drive boils down to more efficient packaging of the updated fuel cell in the new chassis. We'd say it was a good move, as the Mirai is surprisingly enjoyable to drive. Its well-balanced chassis feels refined and composed. The previous car's strut-type front and torsion-beam rear suspension have been replaced by multilink arrangements fore and aft, which soaked up most of the ruts and bumps we encountered on the mountain roads of Northern California. The bulk of the hydrogen tanks and battery do make the Mirai feel heavy in corners, but not enough to make it unwieldy. Jabs of the accelerator produce a quick hit of force that will be familiar to anyone who's driven a conventional EV. However, with the electric motor's 221 pound-feet of torque tasked with moving about 4300 pounds of Toyota, the run to 60 mph is a lazy one at an expected 9.1 seconds. 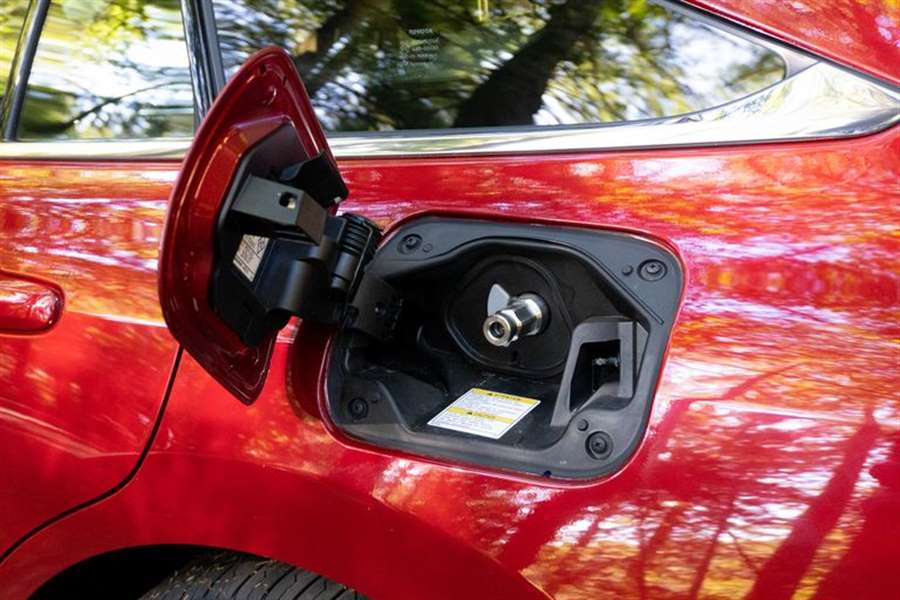 The Mirai's premium feel on the road does seep into its relatively spacious five-seat cabin, although some elements of the interior are not quite up to the standard we'd expect to find in a $50K-and-up vehicle. For example, its front seats are comfortable and supportive, but the quality of Toyota's SofTex synthetic leather upholstery looks cheaper than it should. Some drivers will find it a stretch to reach the climate controls, thanks to the swooping design accent across the Mirai's dash. And while the standard 12.3-inch touchscreen for Toyota's Entune infotainment system supports Amazon Alexa, Android Auto, and Apple CarPlay connectivity, the system is not as attractive nor as intuitive as we'd like.

Unlike the ungainly first-gen model, the new Mirai makes its best impression from the outside. Its long hood, sleek greenhouse, and clean body lines all work to give it presence as arguably the best-looking Toyota sedan. Whether its sharp styling was conscious decision to help lure potential buyers into a hydrogen-powered future is up for debate, but it certainly should draw eyes in Toyota showrooms, at least those in the Golden State. 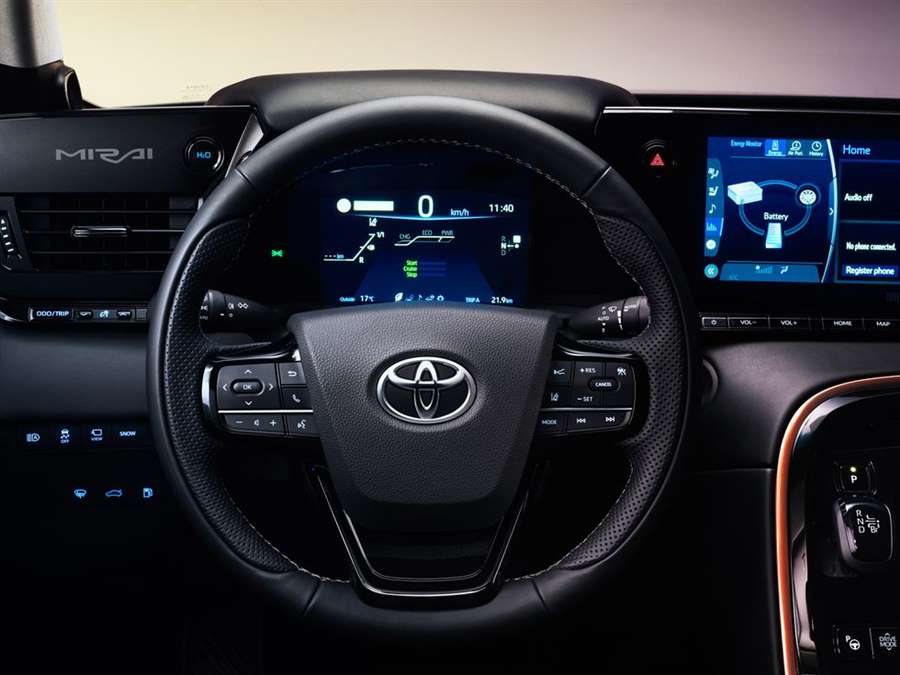 And that's the Mirai's Achilles' heel: Its goodness is trapped in a geographic area. Without plentiful hydrogen stations, even the new car's increased range matters little outside of California. Toyota has and still relies on outside sources to establish a hydrogen infrastructure in the U.S., which leaves the Mirai's future largely to the whims of corporations and government bureaucracy.

The stylish iMac computer eventually helped Apple turn itself around after nearly declaring bankruptcy. It sold more computers, wooed developers to its operating system, and eventually introduced the money-printing iPhone. Apple made sure that the style it sold was supported by the right technology, which helped it blossom into the powerhouse that is today. Hydrogen vehicles have yet to achieve a similar cult status, but Toyota's much-improved Mirai is a compelling step in the right direction.