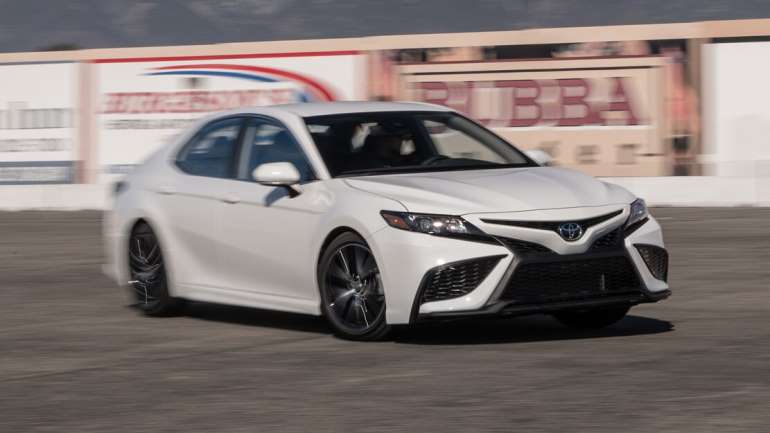 The competition is stronger than ever. Can a refreshed Camry hold its own?

We all know why the Toyota Camry is the default for many when they need point A to point B transportation. It's well-priced and spacious, carries Toyota's reputation for reliability, and has almost always ranged from decent looking to, today, actually handsome. But the midsize sedan segment has recently been shaken up. The new Kia K5 and Hyundai Sonata (among others) all represent stiffer competition than ever before, and we were left wondering: Can the refreshed-for-2021 Toyota Camry keep up with its revitalized rivals? 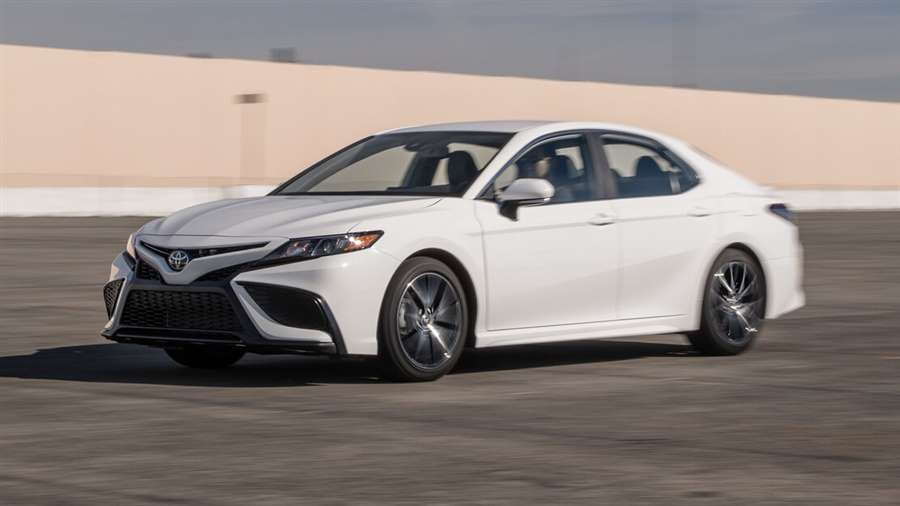 On paper, the answer is yes. The Camry's SE's 2.5-liter naturally aspirated I-4 makes a healthy 203 horsepower and 184 lb-ft of torque. That makes it the least powerful Camry on sale, but on the flip side, also gives it a relatively large 23-hp power advantage over competition like the Kia K5 and the Hyundai Sonata. Both of those cars use a 1.6-liter turbocharged four-cylinder that kicks out 180 horsepower as their base powertrain. And so the SE-trimmed car we had for this test punched above its weight, something MotorTrend en Español editor Miguel Cortina felt from the seat of his pants. "The engine and the transmission feel like they are eager all the time, sometimes too eager," Cortina said. "However, that's not necessarily bad. I'd rather complain about the throttle response being a bit too aggressive than sluggish. The Camry doesn't feel like that. It delivers on the basics without falling short." 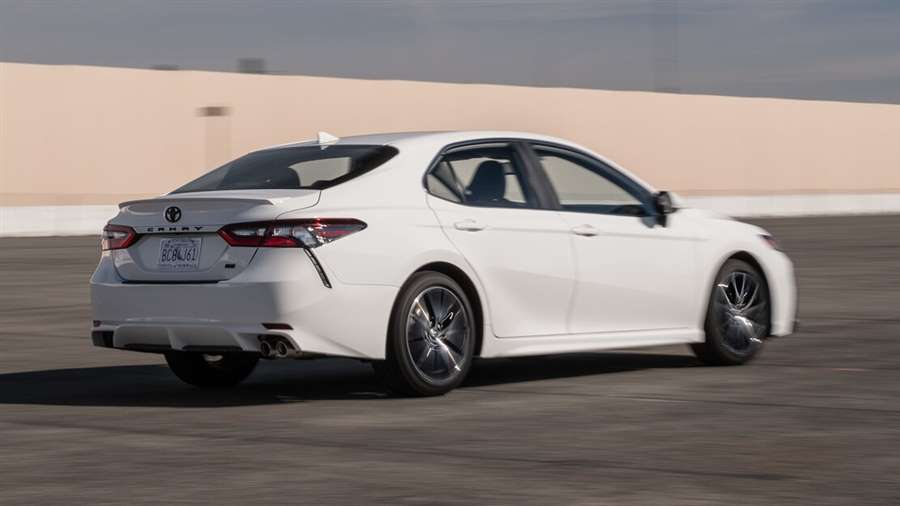 Cortina's impressions on the road were backed up at our test track. At 7.5 seconds to 60 mph, the Camry SE is 0.3 second quicker to 60 than either a K5 EX or a Sonata SEL Plus. The gap is just 0.1 second smaller in the quarter-mile, with the Camry running all 1,320 feet in 15.8 seconds and the aforementioned Koreans doing the job in 16 seconds flat. The longtime rival Honda Accord, however, manages a quicker 0-to-60 time of 7.2 seconds and finishes the quarter mile in 15.5 seconds despite having 11 fewer horses in the stable. 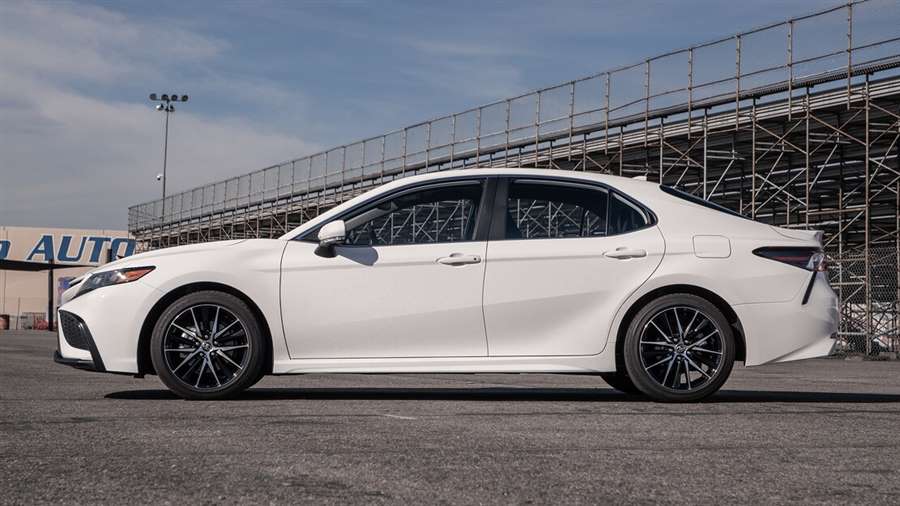 Move from the drag strip to the skidpad, and the SE-trimmed Camry still impressed. Family sedans like the Camry SE, Sonata SEL, and K5 EX are never going to be handling all-stars—the exceptional Honda Accord notwithstanding—but the Toyota impressed road test editor Chris Walton once he started hooning it around our figure-eight test. "This car is surprisingly fun and capable on the figure eight," Walton said. "The firm brake pedal remains trustworthy lap after lap, and it's easy to modulate. There's no funky emergency braking ABS; the brakes release when I release. The steering weight is just right and feels reasonably natural. There's exceptional balance on the skidpad, vacillating between rotation and understeer, where the ESC nibbles away to straighten it out without throwing the anchor." 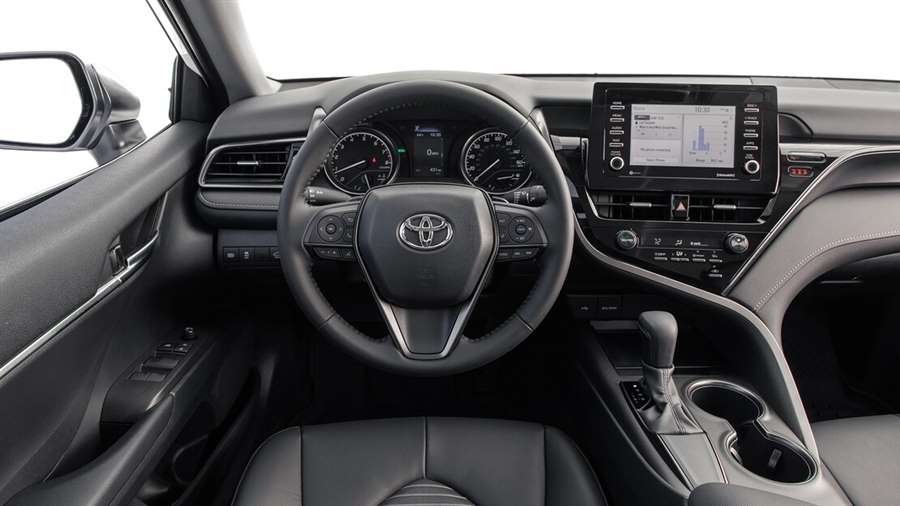 Yet again, the numbers back up our gut feeling. The Camry is a solid contender when stacked up against the competition, which either ties our Camry or ekes out a marginal advantage. The Toyota managed a figure-eight time of 27.4 seconds at a 0.62 g average, exactly the same time as the Kia K5 EX. The Accord EX-L we recently tested, however, is a respectable 0.3 second quicker around the lap and managed a marginally better 0.63 g average.

The Camry's agility translates to the road, too. Senior features editor Jonny Lieberman said the Camry is "better to drive than it needs to be" but noted that it's "not nearly as good to drive as the Accord," an impression supported by numerous other voices on staff. In fact, most of us were impressed with the way the Camry went down a road but noted the Accord is still the better handler. 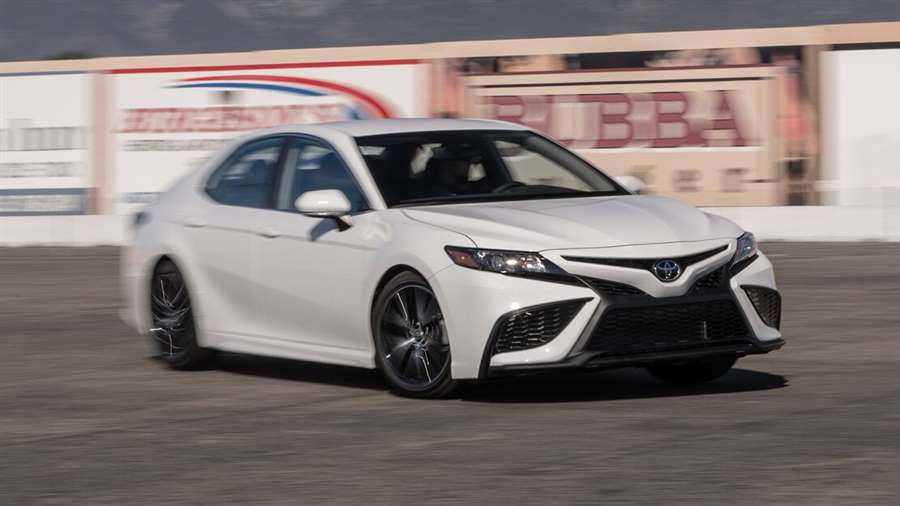 Niceties that exist in every Camry are present in this low-spec SE model. The trunk makes loading and unloading easy with a massive aperture and offers up 15.1 cubic feet of free space to play with. A comfortable seating position is easy to find, and ingress and egress are a snap, too. In addition, the gauges are clear and easy to read, there's ample leg- and headroom in the second row for passengers, and a cushy suspension tune is perfect for those who prefer their family sedans to waft down the road.

Letdowns? In this SE, there's the low-rent interior and dated infotainment display, despite the recent refresh. The soft suspension doesn't control the body as well as we'd like overall, leading to more pronounced up and down motions over high-amplitude bumps, and there's pronounced wind and tire noise in the cabin. All in all, though, the midsize family sedan segment might be more competitive than it's ever been, and the Camry is a solid performer. There are better choices, but for our car's $29,217 as-tested price, you could certainly do worse.