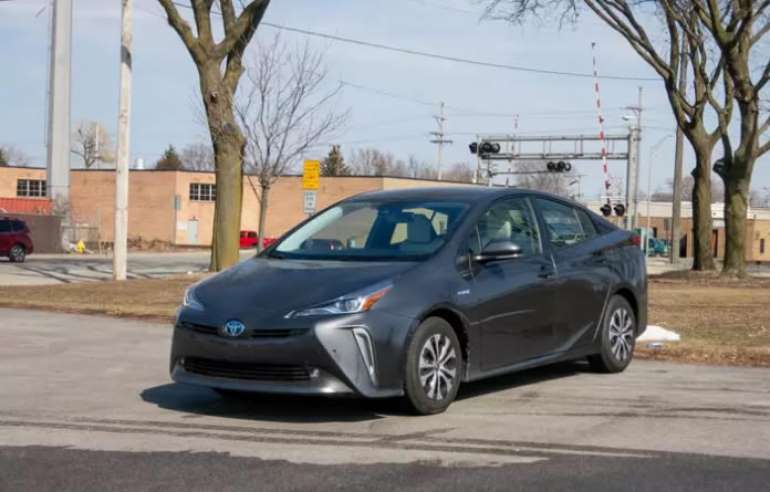 The verdict: Sky-high fuel efficiency with front- or all-wheel drive remains the main draw for Toyota’s iconic Prius hybrid, even as the aging current generation grows less competitive in other ways.

Versus the competition: When Toyota unveiled this generation of the Prius more than five years ago, we lauded the car’s advancements in handling and interior quality. The intervening years, however, have seen rivals catch up on fuel efficiency and pull ahead in refinement and other technologies — though none yet offer all-wheel drive.

Toyota added the option of AWD to the Prius two model years ago, and it remains one of the most fuel-efficient cars of its type, at least before you look at plug-in vehicles. The AWD Prius comes in LE and XLE trim levels; we evaluated an XLE. The Prius can be had with front-wheel drive in five trims, including a limited-run 2020 Edition that commemorates two decades since the Prius debuted. (Heritage notwithstanding, it’s a baffling move; slapping “2020 Edition” on a 2021 model invites needless confusion, not to mention a constant reminder of a year everyone wants to forget.) 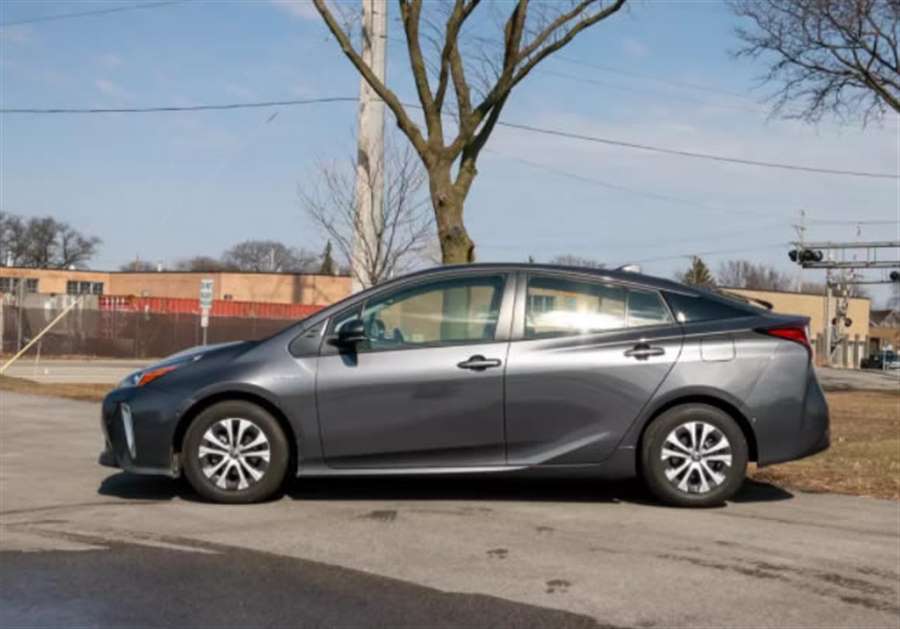 Besides the 2020 Edition, changes for 2021 include some augmented safety features and new Android Auto smartphone connectivity on most trim levels (Apple CarPlay remains standard). Stack up the 2020 and 2021 Prius or compare 2021 trim levels. Note, we separately cover the Prius Prime, a plug-in hybrid with an EPA-rated 25 miles of all-electric driving range on a full battery charge before the gas engine kicks in. (Here’s more about the main differences between a hybrid and plug-in hybrid.)

Gas Mileage: The Reason Anyone Buys a Prius
The Prius’ mileage leader is the L Eco, a base trim level that’s good for an EPA-estimated 56 mpg combined. Among plug-free cars, that rating trails only one rival: the Hyundai Ioniq Hybrid, whose base trim level, Ioniq Blue, gets an EPA-rated 59 mpg combined. That said, the L Eco trim accounts for less than 10% of Prius cars listed in Cars.com’s dealer inventory as of this writing. Most shoppers will end up with other trims of the Prius, which the EPA still rates a very good 52 mpg combined. 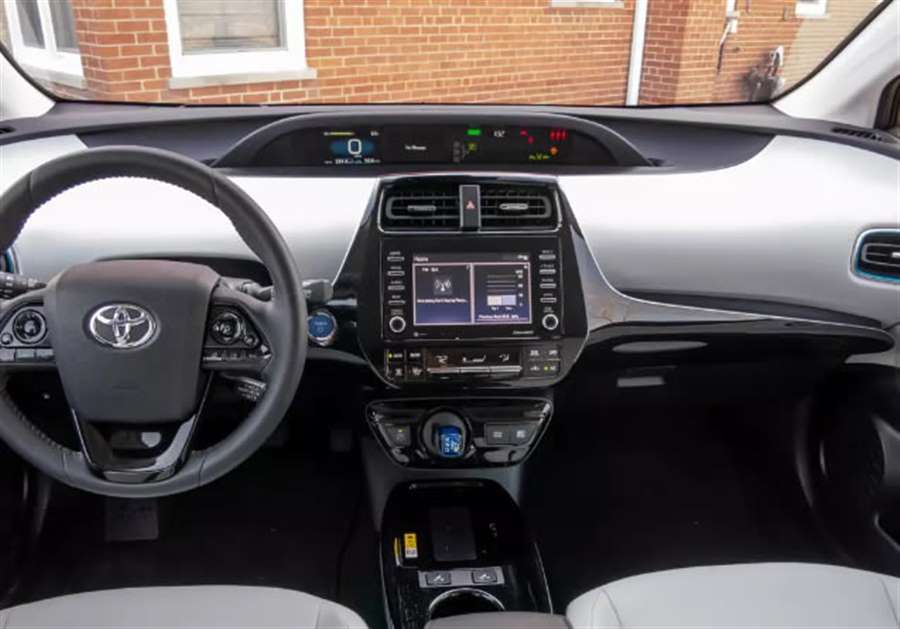 The Prius AWD, meanwhile, employs an additional electric motor at the rear axle, which powers the car continuously from a stop, then as-needed up to 43 mph. There’s no mechanical connection to the main powertrain, which pairs two electric motor-generators with a 1.8-liter four-cylinder engine. A power-split device with continuously variable properties doles out power to the wheels.

The whole of it makes for a combined 49 mpg in EPA ratings — short of the front-drive Prius but outstanding for an AWD vehicle that isn’t a plug-in. Our real-world testing returned results consistent with the car’s rating, with 46.6 mpg according to our calculations based on fill-up mileage ( 51.5 mpg on the trip computer) after 215 miles of mixed highway and suburban driving. 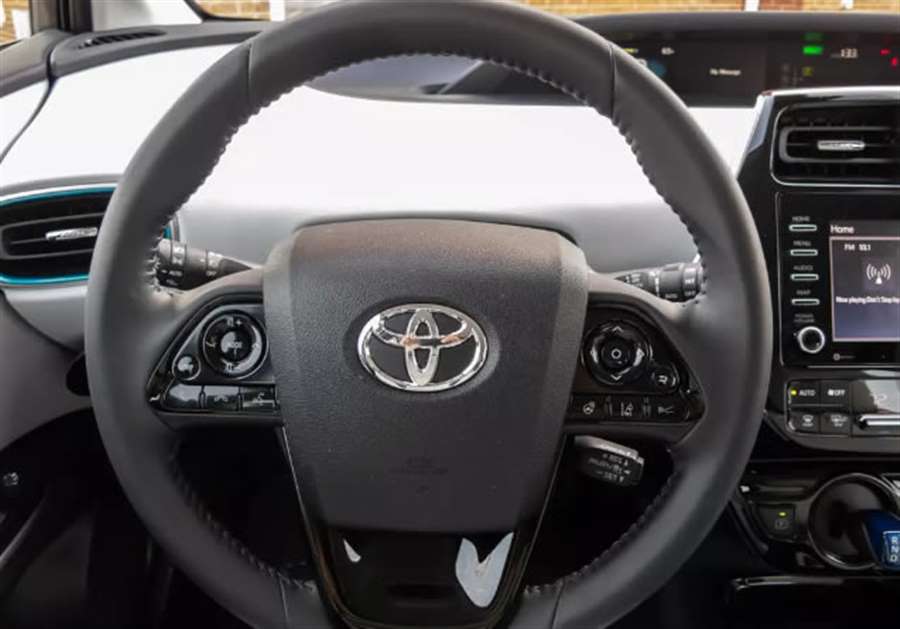 What You Give Up to Get There
As with most hybrids, electric operation alone is possible at low speeds under light acceleration, with the engine kicking in for anything beyond that. Under a combination of engine and electric power, the Prius has enough oomph; I needed most of the drivetrain’s reserves to claw my way up to 40 mph with 17 bags of mulch aboard — at least several hundred pounds — but power felt workably adequate.

That’s not to say the drivetrain is all that responsive. Press the accelerator while already in motion, and the Prius hesitates a beat or two before raising rpm to pull noisily ahead. Most modern CVTs implement quicker rpm transitions to mimic a step-gear downshift, but such programming usually trades fuel efficiency for responsiveness, so I seldom observe it with the CVT-style transmissions many hybrids use. The Prius, unsurprisingly, does none of that: Engine revs meander up or down in a slow, old-school fashion.

A few other downsides persist. Toyota’s regenerative brakes — a feature employed in all hybrids — impart a nonlinear pedal feel reminiscent of the technology’s early days. Response is tentative in the first inch or so of pedal travel, then becomes suddenly sharper as you press harder. So-called pedal linearity has improved among many hybrids over the years, even as a few non-hybrids introduce new forms of it. 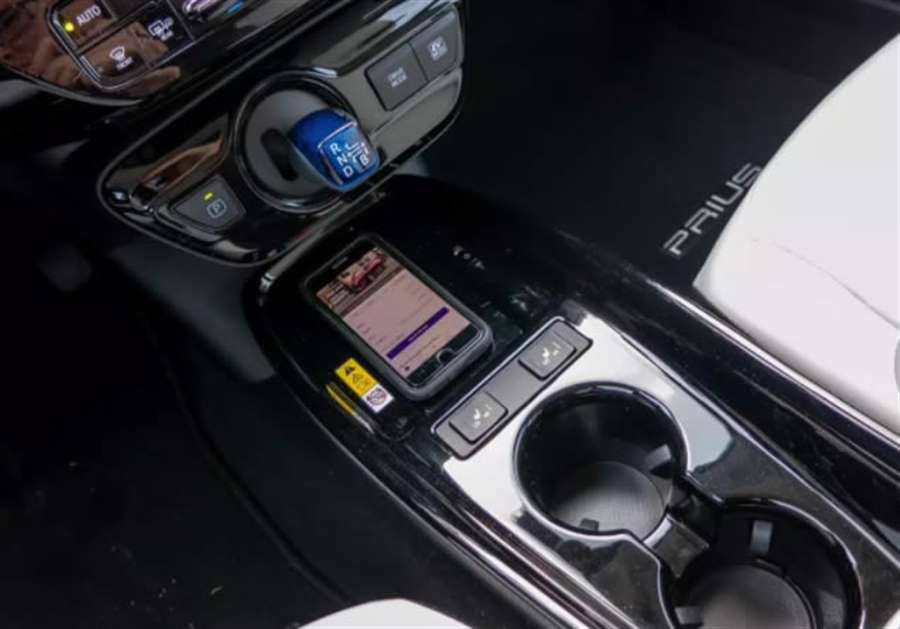 Ride quality and noise abatement also remain areas that could use improvement. At highway speeds, our test car’s efficiency-oriented Bridgestone Ecopia tires let out quite the howl, with adjacent trucks matching the ambient noise. The suspension sorts out minor bumps well enough, but anything significant sends turbulent aftershocks through the body. The Prius is not especially comfortable or quiet.

Is this the penalty for sky-high mileage at an affordable price? Maybe; the rival Honda Insight is no bank vault, either. Mass-market hybrids aren’t known for sophisticated suspensions or gobs of noise insulation, but some execute those things better than others. A redesigned Prius will probably improve on such aspects, and with the current Prius entering its sixth model year for 2021, time for a new version is nigh.

By contrast, the Prius’ hybridness has little bearing on its other deficiencies. Most trims get a touchscreen measuring just 7 inches diagonally — an inch short of what you’ll find in the base version of many mass-market cars — with modest screen resolution and undersized volume and tuning knobs. Apple CarPlay, Android Auto and Amazon Alexa integration are included with the 7-inch system, but they require a tethered connection as opposed to the wireless integrations that are expanding industrywide. Upgrade to the front-drive Prius Limited and you get the Prius Prime’s 11.6-inch vertically oriented touchscreen, but it confoundingly loses Android Auto connectivity. See our impressions of it otherwise. 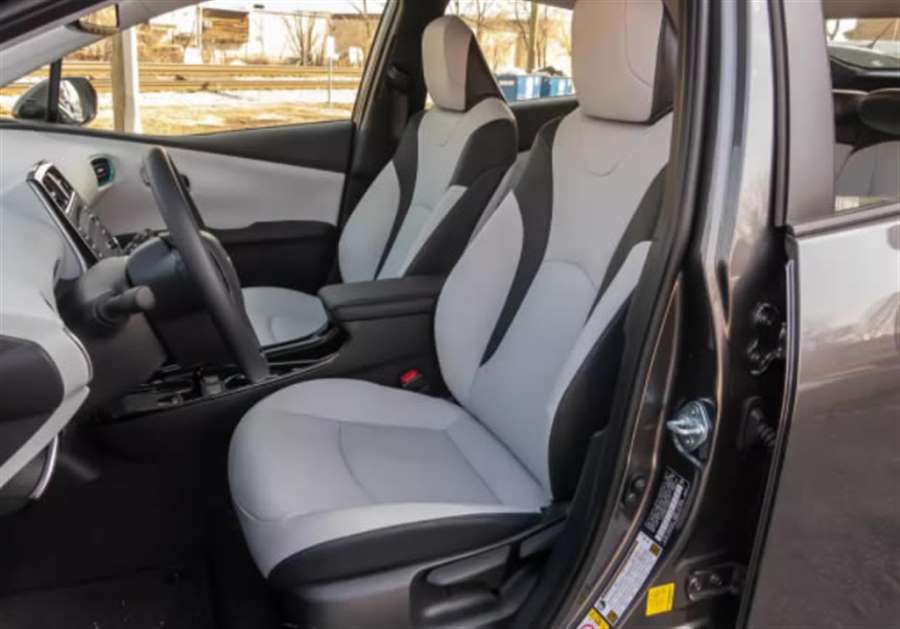 Where It Still Shines
An early example of Toyota’s well-executed TNGA platform, which now underpins many other cars, the Prius boasts improbably good handling. The steering has a touch of vagueness on-center, but it communicates lively feedback as you turn the wheel into corners. Body roll is nicely controlled, and the AWD model shows unexpected balance if you slide it around — something the Bridgestones easily allow.

Space efficiency, at least up front, is also among the Prius’ strengths. The low center console leaves good space for your knees and thighs, and all but the tallest drivers should find sufficient headroom, even with the seat elevated all the way. The backseat is a bit low to the floor, so adults may find their knees uncomfortably elevated, but we found sufficient clearance to fit bulky rear-facing child-safety seats behind a 5-foot-6-inch front passenger. (That’s not to say, however, that the Prius passed Cars.com’s Car Seat Check with flying colors; parents with young children should check out our full scoring.)

We measured 13.1 cubic feet behind the Prius’ backseat, a figure comparable to our audits for two other smallish hatchbacks, the Mazda3 (13.1 cubic feet) and Subaru Crosstrek (13.0 cubic feet). (Note that our independent accounting of cargo space differs from manufacturer specs, which we’ve found overrepresent hatch space, underreport trunk volume and are unreliable for comparison.)

The Prius earned top scores in most crash tests by the Insurance Institute for Highway Safety, but suboptimal results in the passenger-side small overlap front test kept the vehicle from garnering one of IIHS’ influential, if widespread, Top Safety Pick awards. Still, Toyota’s long list of safety and driver assist features is impressive: Automatic emergency braking with pedestrian detection, lane departure steering assist and automatic high-beam headlights are standard, as are adaptive cruise control and hands-on lane centering. Those last two features can both operate from a standstill all the way up to highway speeds. New for 2021 is the latest generation of Toyota Safety Sense, which adds more detection capabilities, and all but the base trim level get a blind spot warning system with rear cross-traffic alert. Top trims add curve-adaptive headlights.

Should You Buy a Prius?
The Prius starts around $25,500 for the cheapest front-drive trim. That’s roughly commensurate with Toyota’s immediate competition, and the base Prius doesn’t skimp on multimedia features or safety and driver-assist tech, as some rivals do. Optional AWD adds a modest $1,000-$1,400 to the Prius’ mid-level trims, depending on specifics; the cheapest AWD Prius lands comfortably under $30,000 (all prices include destination charges).

Ascending trim levels add items like faux-leather upholstery, heated front seats and a power driver’s seat. Oddly enough, you can’t get certain top-of-the-line features on any AWD model, and niceties like a memory driver’s seat, dual-zone climate control and genuine leather are unavailable on any 2021 Prius.

Loaded with factory options, the Prius tops out around $34,500. You should be able to find plenty of examples well below that, given about two-thirds of the new 2021 models listed on Cars.com are priced at or below $30,000. Still, budget-conscious shoppers might find wider affordability on the Insight, with 82% of its new 2021 models priced at or below $30,000 on Cars.com.

That said, the venerable Prius is bound to find plenty of shoppers. The current generation shows its age through its drivability and multimedia tech, but lower trim levels offer a good mix of value and efficiency — especially with AWD, a capability that hybrid shoppers would otherwise need an SUV to get.