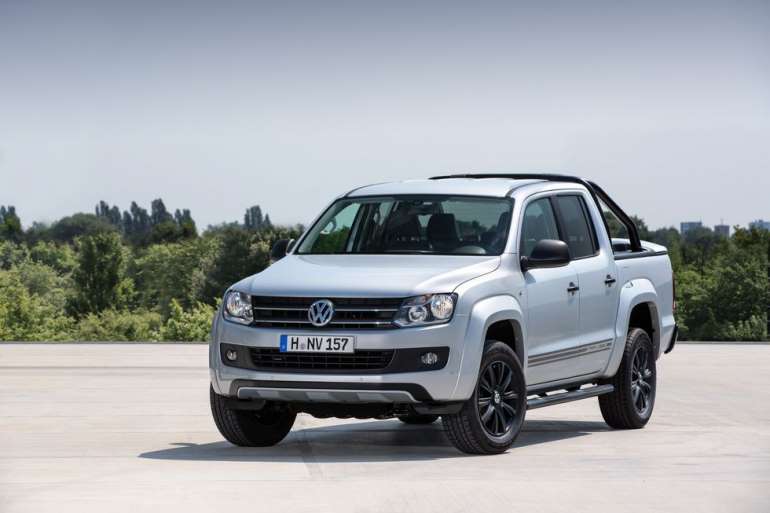 While VW's next Amarok pickup will be based on the Ford Ranger and may possibly come to the United States, it's a shame the current truck never made the trip.

A few years ago, we asked a Volkswagen executive why the Amarok pickup truck wasn't offered in the United States, where pickups are a default mode of personal transportation. His answer: It's too good and, therefore, too expensive. He added that if VW had partnered with one of the established truck manufacturers, it could be a different story.

In the United Kingdom, the Amarok's base price was about $35,000 before taxes and destination charges, stretching to around $52,500 for a top-of-the-line Aventura model with the most powerful engine. You can see how that would be a tough ask in the U.S., where a Chevrolet Colorado ZR2 costs less than $45,000.

The Amarok's premium price reflects the ambitions of former CEO Ferdinand Piëch, who commissioned the project to get VW into the mid-size pickup market. Typical of mid-2000s Volkswagen, the company chose the most difficult path, designing the Amarok from scratch. Now, a decade after its introduction, the Amarok has reached the end of its life cycle as the remaining stock in the European market dwindles. The factory where it's built, in Hanover, is switching over to produce the new Multivan and electric ID. Buzz, and import tariffs make it prohibitively expensive to import the Amarok from VW's plant in Argentina. The Amarok will continue to be built and sold in South America, though, for a few more years. 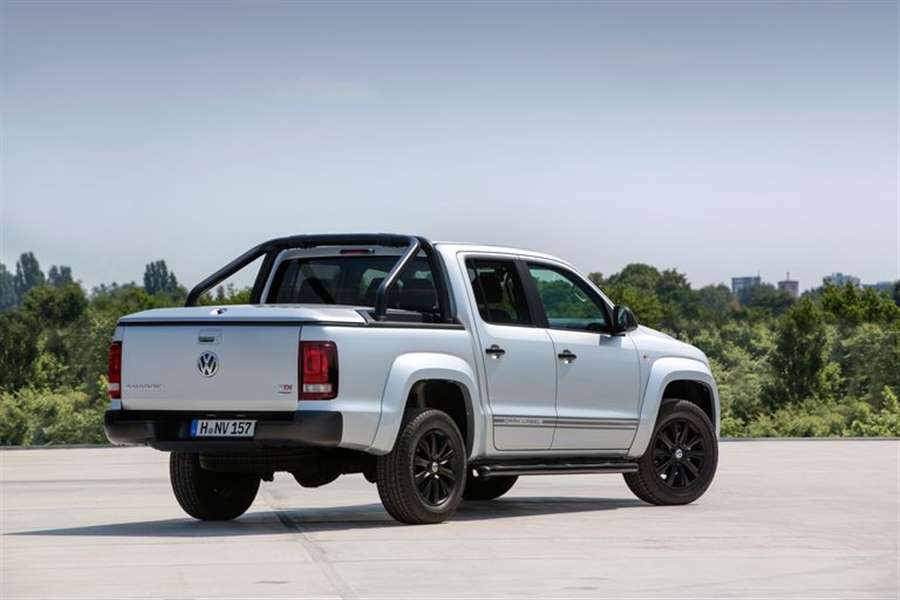 Depending on the market, the Amarok is powered by four-cylinder gasoline and diesel engines or by an Audi-designed turbocharged diesel V-6. It's available in rear- or all-wheel drive and as a single cab or a four-door crew cab. We drove a top-level version, an Amarok Dark Label special-edition crew cab, with all-wheel drive and a 201-hp 3.0-liter diesel V-6 mated to an eight-speed automatic transmission.

Ten years after its debut, the Amarok is still well-proportioned and pleasantly subdued in appearance—unless it's specified with Dark Label trim. Riding higher than a regular Amarok, the Dark Label is fitted with a roof-mounted LED light bar and a snorkel, standing tall above European traffic.

Once you've climbed up into the cabin, the Amarok feels familiar. Straight, clean lines reflect the design language that was en vogue in Wolfsburg circa 2010. The buttons and switches feel thick and provide satisfying feedback. And the materials, while not quite Audi grade, are better than you'd expect in a mid-size truck. The touch-sensitive navigation screen is a bit small by today's standards, but it includes seamless connectivity.

The turbo diesel that made its debut in the 2014 Audi A6 and A7 assumes its duty with a quiet, reassuring purr. The torque-rich 3.0-liter is familiar from other Volkswagen Automotive Group vehicles, including performance and luxury cars. And while this one is in a mild state of tune, a diesel V-6 is unusual in this segment, where most competitors deem a gasoline-fed turbo-four or large-displacement V-6 to be entirely sufficient. This engine's potential was demonstrated by the 2019 Amarok Red Rock concept, which cranked out 350 horsepower but never made it to production.

The Dark Label's 201-hp rating translates into a claimed zero-to-60-mph time in the 9.0-second range and a terminal velocity approaching 120 mph. The most powerful Amaroks offer 255 horsepower and top out at a claimed 129 mph, which would make them the fastest pickups in the U.S. The version we drove serves up maximum torque of 369 pound-feet from 1250 to 2750 rpm. While the engine's growl remains subdued even under high loads, the snorkel system emits a delicious hiss that can be modulated with the throttle and reliably manages to turn heads while prowling the city. 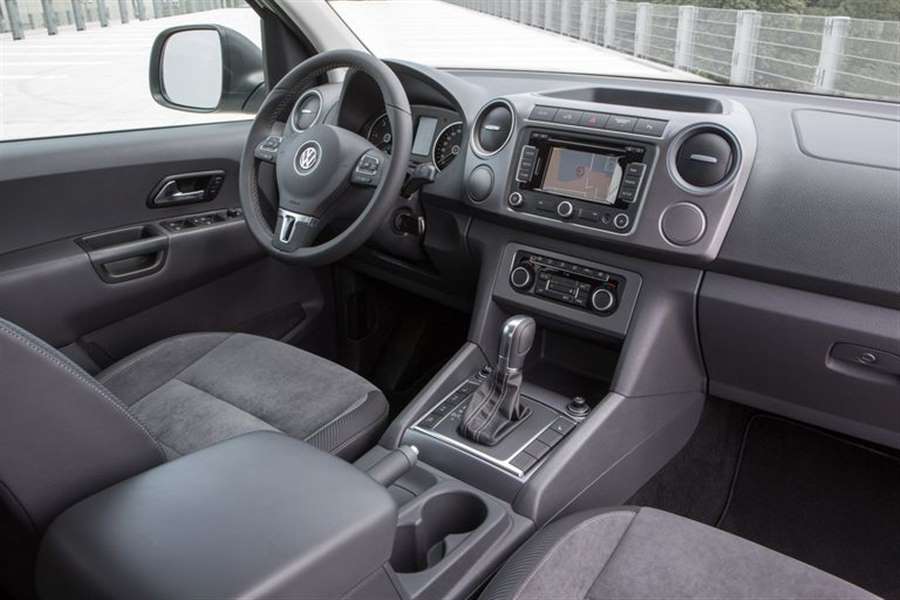 The single-turbo V-6 operates with surprisingly little turbo lag, and the bountiful torque means that the Amarok feels quicker than its leisurely shove to 60 mph would suggest. On an empty autobahn, 110 mph is a comfortable cruising speed. We observed fuel economy in the 23-mpg range, although aggressive driving will drop that to around 17 mpg.

Piloting the Amarok at triple-digit velocities feels remarkably safe. It tracks steadily, and the low-effort steering offers ample feedback. The suspension is designed for truck stuff—hauling and towing—yet even an empty Amarok feels comfortable enough for long trips. It might not challenge the Honda Ridgeline's on-road manners, but the Amarok manages to deliver plenty of off-road capability and utility while doing a credible impression of a Piëch-era VW sedan on the highway.

In fact, with the optional aluminum tonneau cover, you can use the Amarok as a sedan that happens to have an exceptionally large trunk. That cover kept the luggage—in my case, a boxed collection of rare books—totally dry during an unexpected downpour.

Despite its refinement and capability, however, the Amarok's run is over. At least VW has promised a successor. Slated for a launch in late 2022, the next-gen Amarok will be co-developed with the Ford Ranger. It will still be called Amarok, and a diesel engine will continue to be offered. But this time around, the price should follow the trajectory of other post-Piëch projects and take a healthy drop. And this might finally make the Amarok a feasible product for the country that can't get enough pickup trucks.