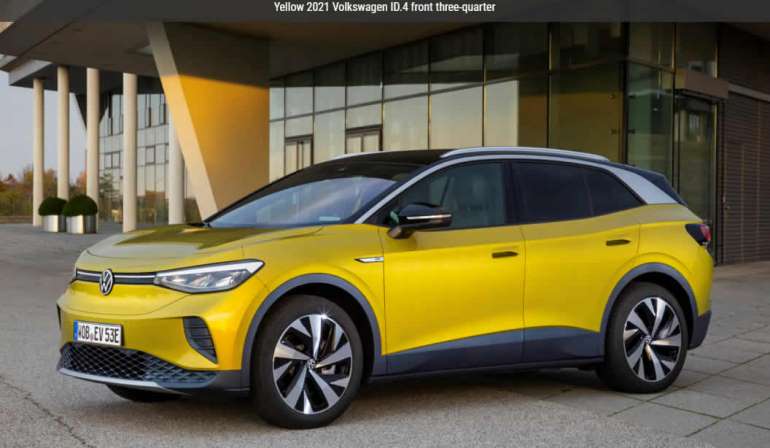 The Volkswagen ID.4 is a fully electric SUV that is a logical extension of the excellent Golf-sized ID.3 hatchback family. It's on UK sale now, but only as the ID.4 1st Edition initially, costing a hefty £40,800 now that it is no longer eligible for the government's plug-in car grant. Expect a wider range of models, specs and trims to be made available throughout 2021.

Under the ID.4's SUV bodywork is VW's dedicated electric vehicle technology that will be shared with a number of other Audi, Cupra, SEAT and Skoda EVs, such as the Enyaq. The understructure contains all the electric drive components, such as the motor and batteries, and is purpose-built to be as efficient as possible as there are no petrol or diesel derivatives to engineer. 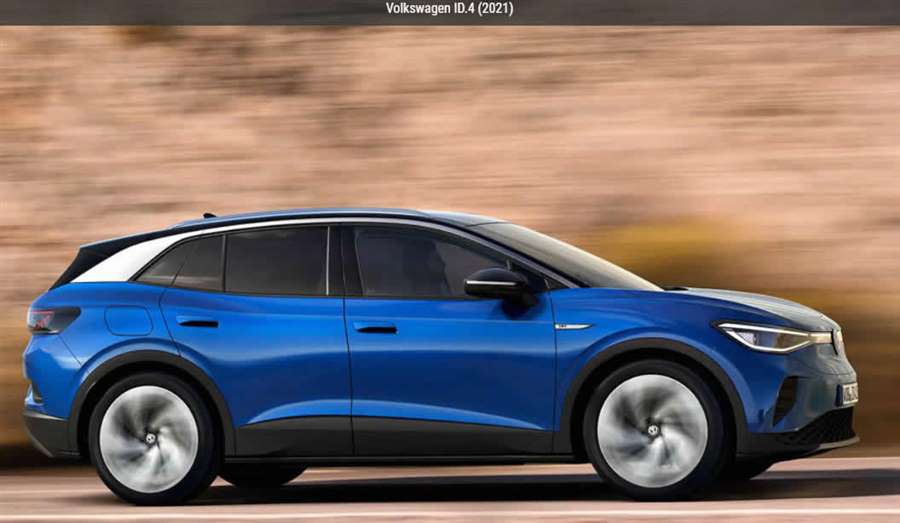 As a result, the ID.4 is even roomier and more practical than the ID.3, despite their close similarities under the skin.

Electric rivals are few and far between, but the smaller Peugeot e-2008 is already in showrooms, and might be worth considering if you don't want to wait for a cheaper ID.4. At the other end of the price scale, the Volvo XC40 Recharge P8 will go up against more expensive ID.4s.

What's under the skin?
Nestled under the ID.4's boot floor is an electric motor that drives the rear wheels. Buyers who need four-wheel drive will have to wait until later in 2021 for models fitted with a second motor to power the front axle. Don't expect the VW to be dazzling off-road, though, even though its ground clearance is usefully high at 21cm. 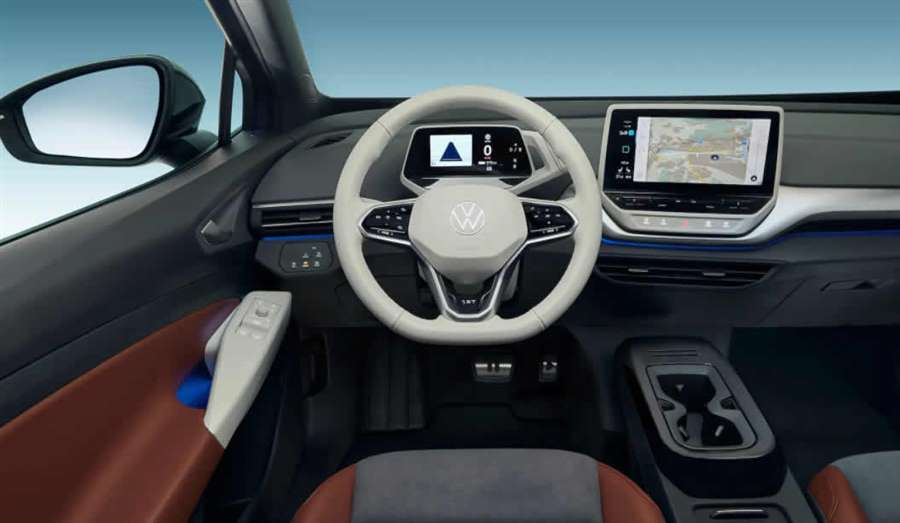 All ID.4 1st Editions come with a 77kWh battery pack giving a claimed range of 310 miles. Although that figure has been achieved using the latest WLTP standards designed to reflect real-world driving, we found the range meter read around 220 miles on a crisp spring morning. Hooked-up to a rapid 125kW public charger, the car's battery can be replenished to 199 miles of range in just 30 minutes.

As the line-up expands, a smaller battery size will come on stream with lower purchase prices to match. 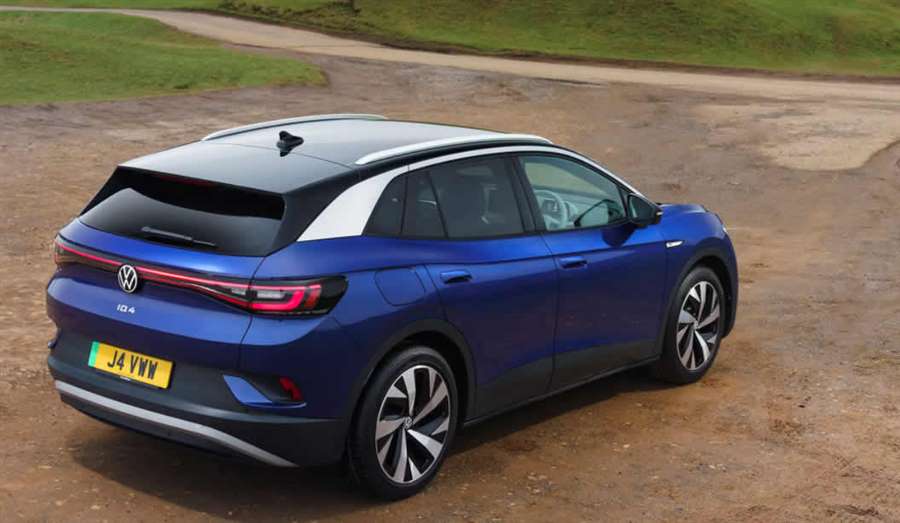 What's the ID.4 like inside?
Thanks to the dedicated EV hardware and lack of transmission tunnel, there's plenty of space for passengers, while you get full digital displays alongside what VW describes as intuitive voice control and touch surfaces to operate most minor functions.

Inside, the interior design theme is essentially the same as that found in the ID.3, even if there's more space inside. It's a clean-looking cockpit with a twist-action gear selector attached to the drivers’ instrument pod and storage cubbies in the centre console.

An augmented-reality head-up display is on the options list, while the connected infotainment system has real-time traffic data, live updates on the state of nearby chargers and the ability to pre-condition your car via a phone app, meaning no need to get into a chilly or frosted-up car on a frozen morning. 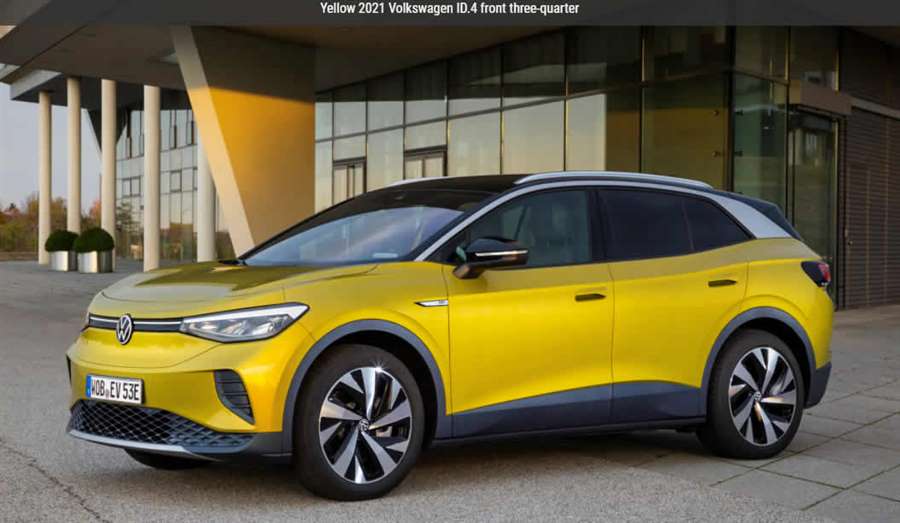 What's it like to drive?
It's better than its podgy looks might lead you to believe. Thanks to excellent weight distribution and that low-down battery pack, the ID.4 grips and steers very well indeed. Even when fitted with the optional 21-inch wheels and super low-profile tyres, the ride remains compliant on most surfaces, and it doesn’t get too jarring when you switch modes from Comfort to Sport.

This 204hp version isn't as fast as you'd expect, as performance is hampered by a hefty kerbweight of more than two tonnes. It's quick enough for a car of this type and performance is well judged, but we'd warn that lower-output versions may not have enough performance if you regularly undertake long journeys or travel with multiple passengers onboard. 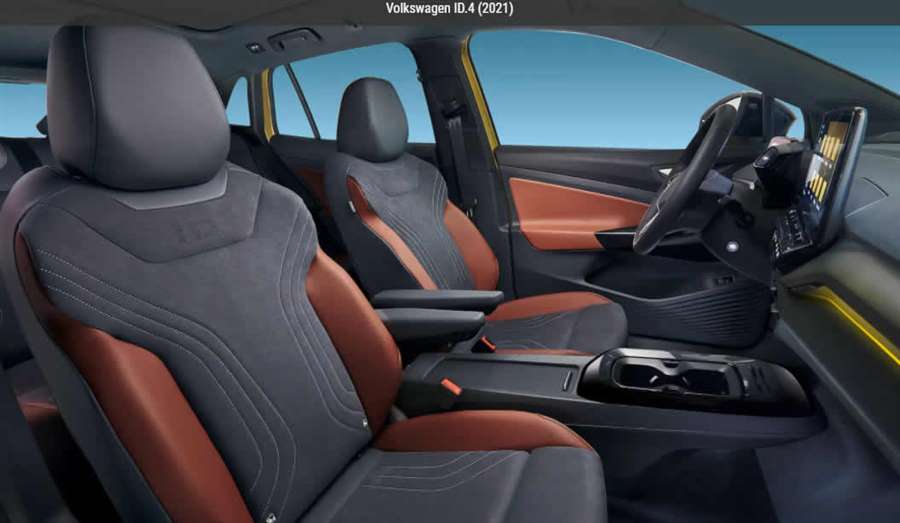 Volkswagen ID.4 (2021) driving, rear viewEnlarge0videoEnlarge22photo
It is quiet, however. This is a really hushed, cosseting drive, and best driven in a more relaxed manner. This will also help the battery range and brings out the best in the comfort-orientated chassis.

There's a toggle switch on the steering column that lets you select the level of regenerative braking on offer. This is a similar system to other electric cars, which allow 'one-pedal' driving, slowing down significantly by lifting off the accelerator, rather than braking conventionally.

For added convenience - and as expected by many SUV owners - a towbar can also be specified for the ID.4, allowing it to haul braked trailers of up to 1,000kg.

Should you buy a Volkswagen ID.4 SUV?
Yes, although it's not perfect. And if we're being honest, it doesn't feel quite as brilliant or refreshing as the Volkswagen ID.3 – the car it's so closely related to. But we'd say it has a more pleasing cabin, and as such the ID.4 feels like the future has suddenly arrived and we largely like what we see. 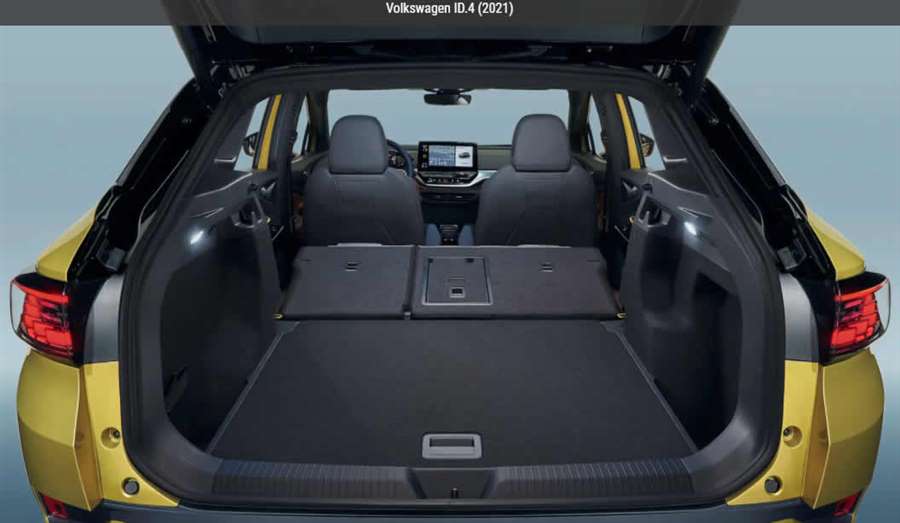 It's a little too early for a definitive verdict as right now, we just get the top-spec 1st Edition model, which weighs in in at £40,800 now that it is no longer eligible for the government plug-in car grant. Following the ID.3's logic, lower powered less well-equipped models will take the ID.4 down into the early £30,000s, which will open it up to far more buyers.

As such, we expect the cheaper, more mainstream models will be much more appealing – this is fundamentally an excellent electric SUV that will undoubtedly fit into the lifestyles of a large amount of families who are yet to buy an EV. The biggest unknown yet to answer is whether we rate the ID.4 ahead of the closely related Skoda Enyaq.

It's had a lengthy gestation, not least because of the Coronavirus (COVID-19) pandemic and some teething issues with the ID.3's software, but right now the ID.4 looks very promising indeed.

Tagged under
More in this category: « Volkswagen Arteon Review: Classy in a Class of Its Own 2022 Volkswagen GTI First Test: They Still Make ’Em Like They Used To »