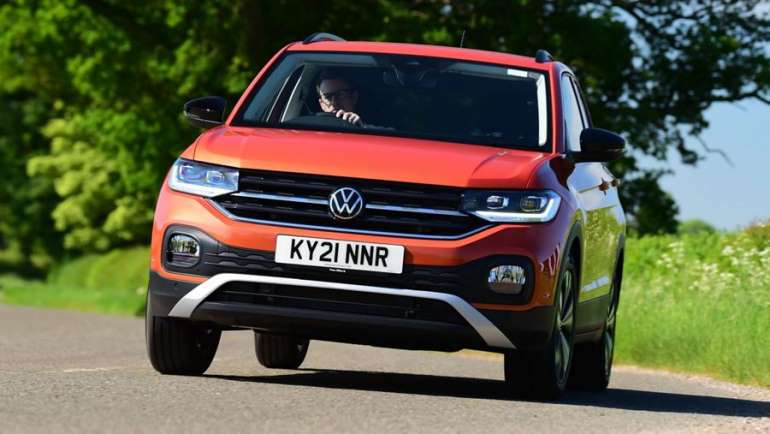 Black Edition trim is a useful update to the T-Cross line-up, adding some additional styling touches for not much extra. It’s a solid small SUV with some good tech – although we wish more of it was standard. However, we can’t fault the excellent powertrain when it comes to refinement and performance, while flexibility, practicality and efficiency are sound, too.

To keep its T-Cross compact SUV feeling fresh in an incredibly crowded class, Volkswagen has updated the range, adding new trims – including an Active model – and this, the T-Cross Black Edition. 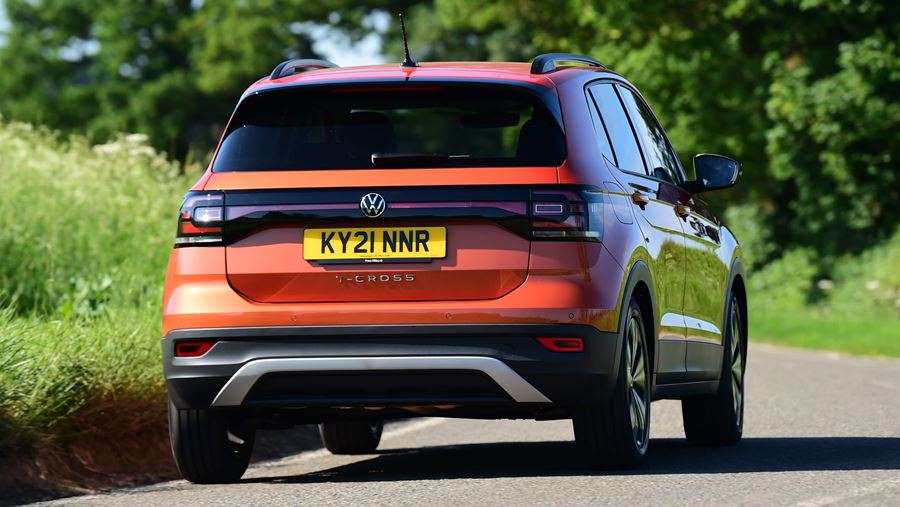 It’s identical to the rest of the range mechanically, available with the same 1.0 TSI turbo petrol in two power outputs (though not the range-topping 1.5 TSI), and either manual or dual-clutch automatic gearboxes, depending on which version you go for.

However, image is important in this class, and Black Edition trim – as its name suggests – adds some key visual extras, including 17-inch black diamond-turned alloys, black door mirrors and some dark tinted windows, plus some extra kit over the SE model it’s otherwise based on, including full LED headlights and all-round parking sensors.

The 108bhp 1.0-litre TSI 110 we’re testing will be a big seller, not least because it comes with a six-speed manual gearbox as standard, whereas the lower-powered 94bhp model makes do with a five-speed transmission. 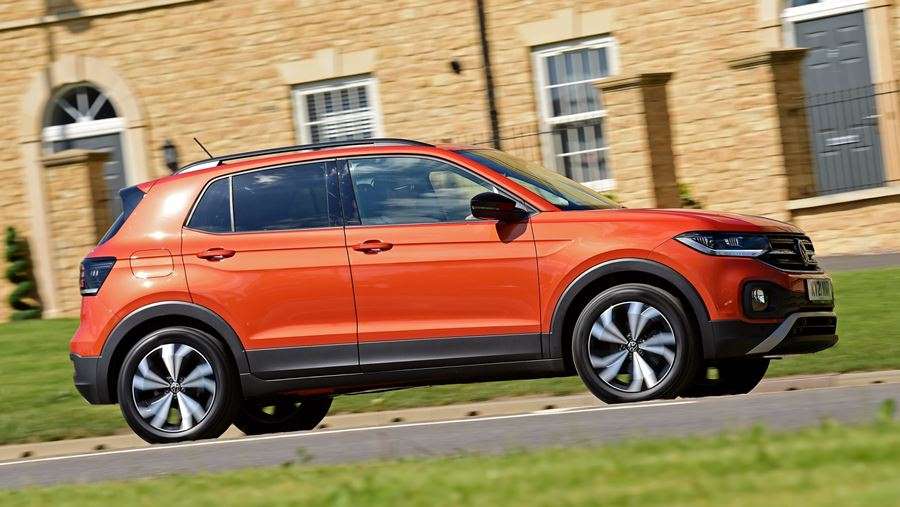 It’s an extremely refined engine as it is, but this extra gear – plus a useful 200Nm of torque – helps cruising refinement. The TSI 110 unit pulls smoothly and in a linear way; there’s not much turbo lag, just a smooth slug of torque that gets the T-Cross moving fairly swiftly and without any fuss from under the bonnet. The 0-62mph sprint takes 10.8 seconds, but it’s the flexibility that makes this a pleasing small SUV to use.

It’s coupled to good ride quality that only starts to become ruffled on bad country roads at mid speeds – it’s actually better the faster you go on this type of tarmac. Otherwise, the T-Cross is direct and agile enough to drive, with light steering and plenty of composure that means you can drive it faster than you might think.

Not that many owners will do this, and in everyday driving the T-Cross is a strong all-rounder. There’s a fair level of space in the rear of the cabin and a 455-litre boot, so small families shouldn’t feel the need for more space. 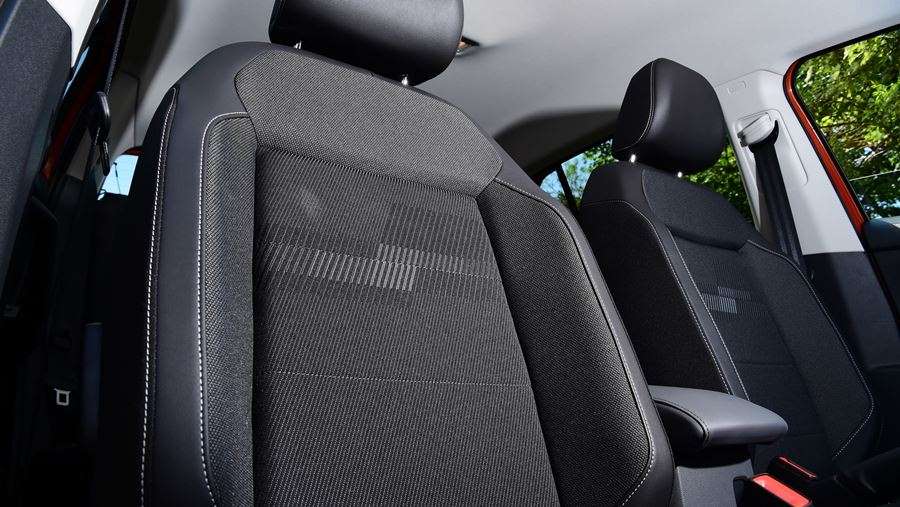 A sliding rear bench means you can prioritise either rear legroom or luggage space, so there’s a good level of flexibility. Along with the extra design touches here it shows that VW knows how small SUV buyers use their cars, offering an extra element of usability to help fit with the lifestyle crowd. It’s just as much a small family car as well, though, and we’d say that it offers a decent amount of practicality for most buyers in this class.

An eight-inch touchscreen infotainment set-up with wireless Apple CarPlay and (wired) Android Auto connectivity is included too. However, it’s a shame that VW charges £385 for its 10.3-inch Digital Cockpit Pro dash panel. Built-in sat-nav also costs £860, but it’s an extra we’d do without, given that many buyers will connect their smartphone anyway. 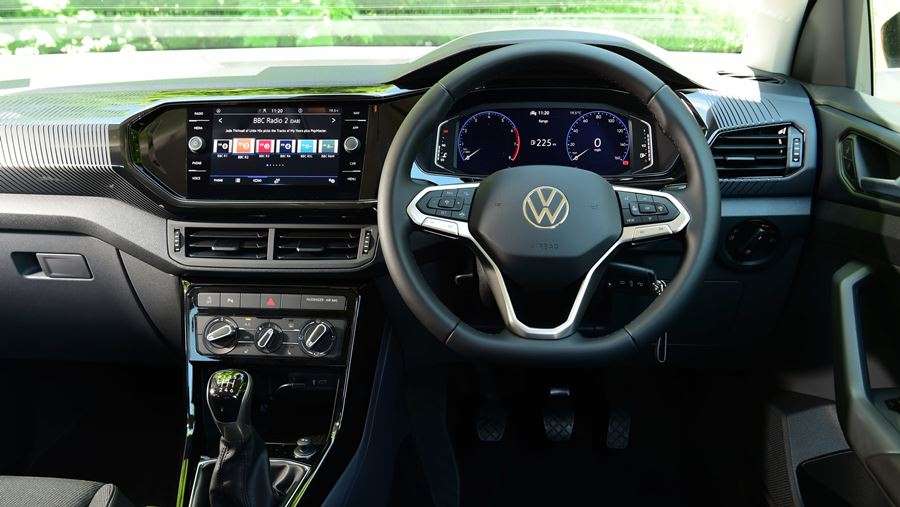 The infotainment works well, with the kind of snappy responses and sharp graphics on the main screen that we’ve come to expect from VW. The optional digital dash could still offer a higher resolution, though.

With a range of bright exterior colours to choose from, you can make your T-Cross stand out – or if you’d prefer to blend in, then there are darker hues, too.

Quality is fine, but nothing special and there are better small SUVs on sale when it comes to materials and finishes inside. But despite VW’s cost cutting in some areas, the T-Cross still feels solid enough at this price.

Its efficiency contributes towards its ability as an all-rounder as well, with WLTP-tested economy of 49.6mpg combined. This is the same as the less powerful 94bhp version, while the TSI 110 model’s 130g/km CO2 output is 1g/km better too, although this doesn’t change company car tax ratings.

Given there’s only a £725 difference in price we’d go for this more powerful model, because there’s no real penalty when it comes to running costs.

Tagged under
More in this category: « 2022 Volkswagen Taos First Drive: Exactly as Good as It Needs to Be Volkswagen Golf Estate review »