The tycoon on the Autobahn drove a Bugatti 417 km / h and filmed everything! German authorities: "It's out of the question" 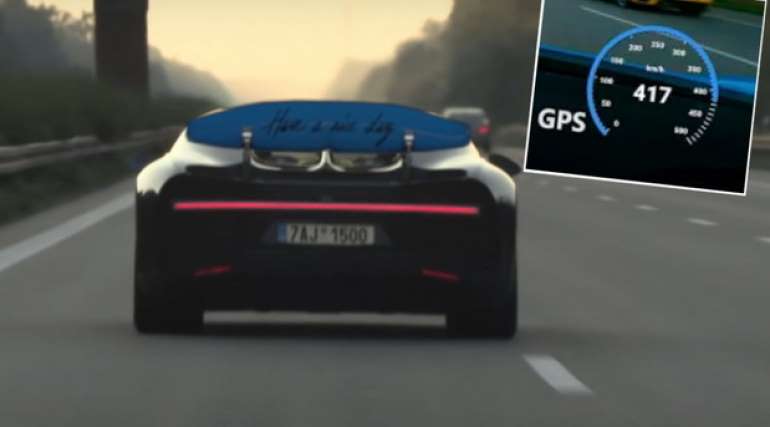 The German Ministry of Transport (BMDV) criticized the road exhibition ride in which the Czech tycoon drove his Bugatti Chiron on a public highway at a speed of 417 km / h and recorded everything.

A video published on the Internet earlier this month shows Radim Passer driving his hypersport car to extreme speeds on the part of the German A2 highway between Berlin and Hanover, Below the video, Passer wrote that everything was filmed last year on a flat section of 10 kilometers with three lanes and excellent visibility along the entire section.

"Security was a priority, so circumstances had to be secure," he wrote. However, in the part of the Highway where he was driving, the traffic of other vehicles was taking place and it was not day but dusk was falling, as can be seen in the video.

Although a good part of the German highway network still has no speed limits, the Ministry of Transport said in a statement that "such a cruel way of driving in regular road traffic is simply inadmissible and dangerous because it can endanger all road users."

"All road users must comply with the rules of the road traffic regulations," he added, citing the first clause of German road traffic law, which says that everyone involved in traffic must behave in such a way that no other person is injured, endangered or hindered more than is inevitable in the circumstances. ”

The ministry noted that the law also requires drivers to "drive only so fast that the vehicle is constantly under control". There is simply no place for such exhibition rides in regular traffic.

Passer, who according to Forbes is the 33rd richest person in the Czech Republic with a fortune of 6.6 billion Czech crowns ($ 308 million) wrote - "We thank God for safety and good circumstances, because we managed to reach a speed of 417 km / h!"

The Green Party, now a junior partner in the German coalition government, called for a 130km / h speed limit on the entire Autoban network in last year's election campaign, as part of efforts to reduce CO2 emissions. However, that idea was rejected during the talks on forming a new government ...