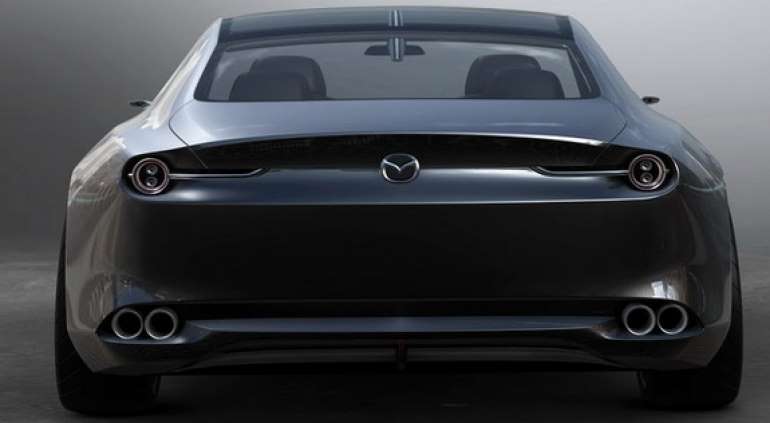 It seems that nowadays there are several brands that have aspirations to enter the premium segment. The reason is clear, and it is called "higher profit margins".

It's not all about who sells more cars, because if you ask accountants, it is equally important how much is earned on the sold vehicle. Mazda, for its part, has gradually climbed the ladder of prestige with its new products, and the final leap will be made by launching a rear-wheel drive model, write Vrele Gume.

Jeremy Thomson, head of the Japanese brand for the UK, said the goal was to transform Zoom-Zoom into a true luxury carmaker: "Our aspirations are to become a credible alternative to traditional premium manufacturers, meaning we will not be imitations of German brands. "In other words, Mazda does not want to become another" Mercedes "," BMW "or" Audi ", but to offer something fresh, which will give customers a premium car that they want some change, to know how to recognize. He added that there is room in the "densely populated" premium segment for Japanese luxury cars, acknowledging that Lexus accounts for about a third of Mazda's sales, but it is imperative for his company to "take up a slightly different space".

Asked if Mazda wants to be the next Lexus, the head of the British branch of the Hiroshima-based manufacturer answered "why not", adding that Toyota's luxury division is the only Japanese brand competing with the German trio. In this regard, we must not forget that Acura and Infiniti are in the "premium league", although they are not global brands.

This is not the first time that Mazda aims to climb the prestigious ladder. Some probably remember the Amati sub-brand from the early 1990s. It did not materialize because the Japanese economy declined in 1992, resulting in poor Mazda liquidity. Amati was supposed to take the stage in the spring of 1994, but the Japanese canceled the project. If we rewind things by 2022, we will see that the new models from CX-60 to CX-90 SUV / crossover will rest on a new rear-wheel drive platform, with in-line six-cylinder engines and PHEV powertrains, which will allow Mazda to cope with "German three. " Some may say that this is a belated move, since electric cars are taking over, but we should not forget that the Japanese brand is also investing heavily in this area.

More in this category: « AC Schnitzer BMW M4 Convertible Audi is preparing vehicles that will have a 5G connection »