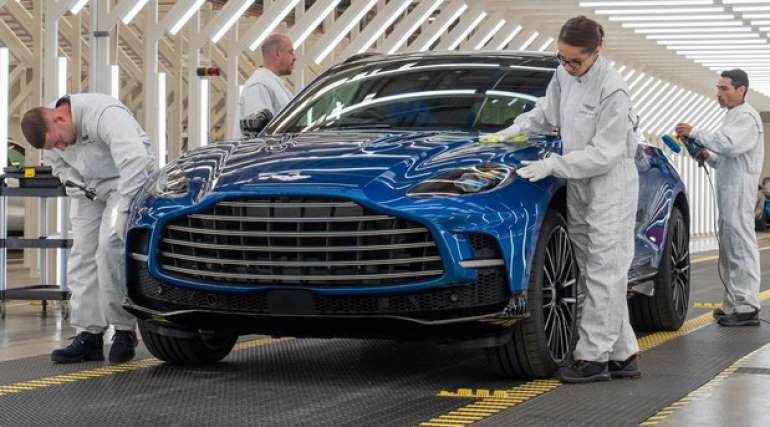 Aston Martin is reportedly looking for serious investors who are able to pump hundreds of millions of pounds into the company in order to pull it out of the financial crisis. Such problems are nothing new for the British super sports car maker. The company has gone bankrupt seven times so far, and throughout its history it was more or less in financial trouble.

The company went into serious debt to survive. They currently owe 1.2 billion pounds in bonds and bank loans, and they are so eager for fresh capital that they are ready to give up a seat on the supervisory board to a future investor if he pays at least 200 million pounds, writes Jutarnji.hr.

Two options are reportedly being considered at the moment. In the game is an investment fund from Saudi Arabia, with which the president of the company, Lawrence Stroll, is connected, and an American investment fund. Aston Martin did not comment on all these allegations.

It is assumed that around 200 million pounds would be a sufficient financial injection to cover the continuation of the car factory and the Aston Martin F1 team.

Aston Martin was founded in 1913 and in history they did not have a long period in which they were in a serious plus. Their most stable period was from 1984 to 2007, when they were owned by Ford, but even then they mostly produced debts. They ended last year with an operating loss of £74.3m and a net loss of £189.3m.

Aston Martin sees its perspective in the 'Racing Green' strategy, according to which the entire range would be electrified by 2030. The first plug-in hybrid should arrive in 2024, and a year later they announced the first fully electric model.

More in this category: « Hyundai and Kia in trouble because of diesel If you are buying a new car, think about the color »