Aug 03, 2022
The new VW Passat will also appear in the plug-in hybrid segment 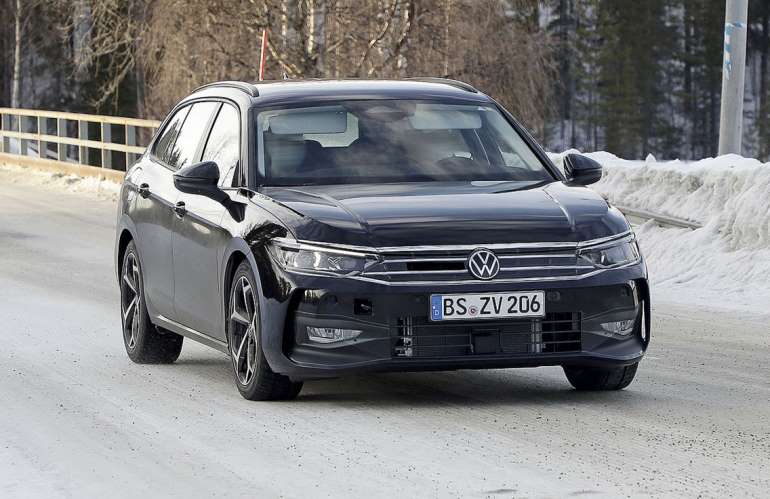 The next Volkswagen Passat will probably only be offered as a wagon – after the first spy shots, Auto Bild practically removed the camouflage. This is what the new Passat could look like!

The current generation of VW Passat has been on the market since 2014. In a normal cycle, it would be time to move on. Internally badged B9, the upcoming Passat will probably only be available as a wagon called the Variant – it could be introduced in 2023.

However, the Passat B9 is not expected to be available at dealers until 2024. One of the reasons for this is that the next generation has to move to a factory in Bratislava, Slovakia, as the main Passat plant in Emden (Lower Saxony) will build the ID.4 and, in the future, the ID Space Vizzion electric wagon.

What is certain is that it will go up in price. The Passat Variant with "Concept Line" equipment currently sells for 34,725 euros, the successor is likely to cost over 35,000 euros with decent basic equipment.

Auto Bild's camouflaged prototype hunters have now caught their first glimpse of a standard-body Passat. Despite the camouflage, the first details can be seen, the How To Cars artist has already practically removed the camouflage foil.

The new front fascia could feature larger air intakes, while the grille (disguised by a sticker on the prototype) could collapse into a slot – like the Golf, Multivan or other current models with internal combustion engines from Wolfsburg. The fog lights could go to the main headlight.

Also striking: the side windows of the prototype are narrowed, the rear is flatter and has fewer curves. The taillights will likely be connected to each other via a wide strip of lights.

In addition, the car looks longer than the current model in the pictures. That could confirm suspicions that the next Passat will adopt the Superb's wheelbase. Then it would grow by five centimeters to a good 4.85 meters in length. With the extra centimeters, the family hierarchy would be adjusted again, because the Golf Variant, which has also grown, has recently become very close to the Passat.

First of all, the rear passengers and the trunk would benefit. The luggage compartment could accommodate more than 1800 liters, currently it is 1780 liters.

The new Passat also uses the MQB platform, so no big surprises are expected on the driving side. Two two-liter diesels of around 150 and 200 horsepower cleaned by a double SCR system are conceivable, as well as classic gasoline engines (probably around 150 and 220 "horses") and plug-in hybrids.

The plug-in variants can also come in two performance levels. The top model probably has around 250 "throat", the weaker drive will probably cross the 200 Horsepower mark. With the hybrid Passat, electric range is more important than power: a 20 kWh battery could cover 100 kilometers.

In addition, VW should add charging technology: instead of 3.6 kW, a charging power of 11 kW would be possible - the battery would be recharged after approximately two hours.

More in this category: « Tesla's revenues in the second quarter exceeded analysts' expectations Lamborghini sold out until the end of 2023 »