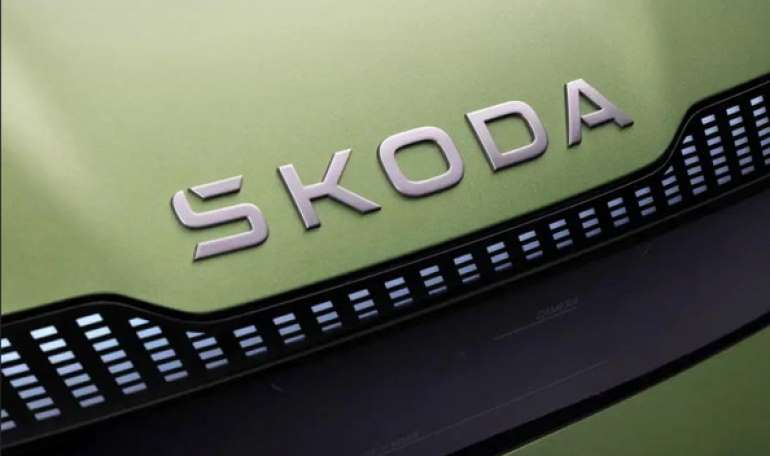 The next generation of Skoda models will not be distinguished by the previous emblem, according to the company, but instead a new mark will be used.

Revealing its new visual identity, along with the new Modern Solid design language, Skoda confirmed that two versions have been created: an updated classic emblem and a lettermark.

The historic emblem, which will be used for communication and digital purposes only, replaces the 3D design for a 2D effect. Like the Volkswagen logo, it's simpler and cleaner than the previous design, so it looks better digitally, according to Britain's Autocar.

The letter version was created to be installed on all future cars. This will be introduced across the range from 2024, with the new Skoda Superb and Skoda Kodiaq models to be announced next year expected to be the first to carry it, followed by the refreshed Skoda Octavia.

It will also have a confirmed seven-seat electric SUV, a supermini and a compact crossover, which should arrive before 2026. These will also be the first cars to go on sale with Skoda's new design language.

Skoda says these changes are the biggest for the company in the last 30 years.

Describing the new logo, head of sales and marketing Martin Jahn said: "We see this as the perfect opportunity to align our brand to a decade of transformation."

For the lettermark, the designers incorporated the accent usually found above the "S" into the letter - which they describe as a key to their Czech roots. The firm wanted to maintain the accent while removing the confusion it believed it had created among non-Czech-speaking customers.

Tagged under
More in this category: « It's official: Audi is entering Formula 1 Good to know: Engine oils have a shelf life »