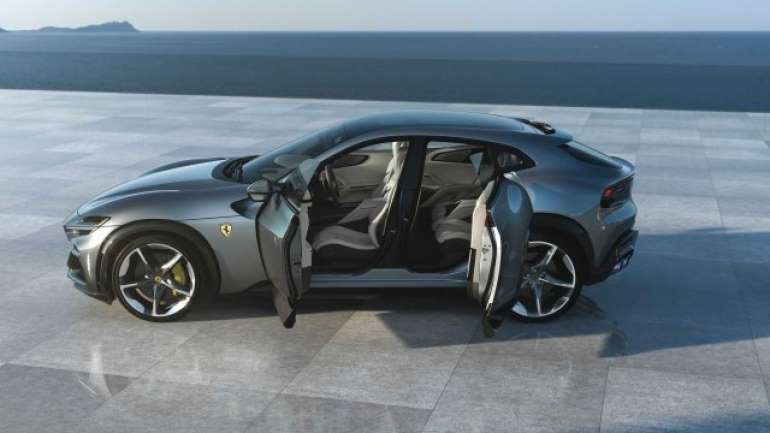 According to reports from Italy, Ferrari has been swamped with orders for its €390,000 Purosangue crossover and could be forced to close its order book.

Unlike competing luxury brands whose SUVs often make up the lion's share of their sales, Ferrari has decided to limit production of its first crossover to no more than 20 percent of annual production in order to maintain exclusivity.

Even assuming that Ferrari's total production of all models rises to 15,000 with the addition of the new model line, that still only amounts to 3,000 cars per year. And that may not be nearly enough to keep up with demand, Jutarnji.hr states.

"We risk not being able to meet demand and may very soon have to close orders," said Ferrari's chief commercial and marketing officer, Enrico Galliera.

The Purosangue uses a naturally aspirated V12 under the hood, a feature that none of its performance-focused competitors offer, which may explain the rush of pre-orders. Galliera claims interest "exploded" when the company announced the Purosangue would use a V12.

Ferrari is likely to add smaller-capacity hybrid models later, borrowing either the hybrid V8 powertrain from the SF90 or the electrified V6 engine from the 296 GTB, whose 3.0-liter capacity would help avoid the heavy taxes imposed on big engines in China where the model is likely to be very popular.

Still, the V12 in the Purosangue is likely to be a big factor in convincing existing die-hard Ferrari owners that the Purosangue is worthy of wearing the Ferrari badge. Ferrari says it will prioritize delivery to current owners over buyers new to the marque.

"Every Ferrari owner wants to own a Purosangua and we have to reward them, because they are the ones who made Ferrari what it is today," Galliera told Automotive News Europe.

Tagged under
More in this category: « How much cheaper were cars fifty years ago than they are today? The Brabus beast weighs three tons and reaches 100 km/h in 3.7 seconds »