Sep 27, 2022
The Bugatti Centodieci is one of the most expensive cars in the world 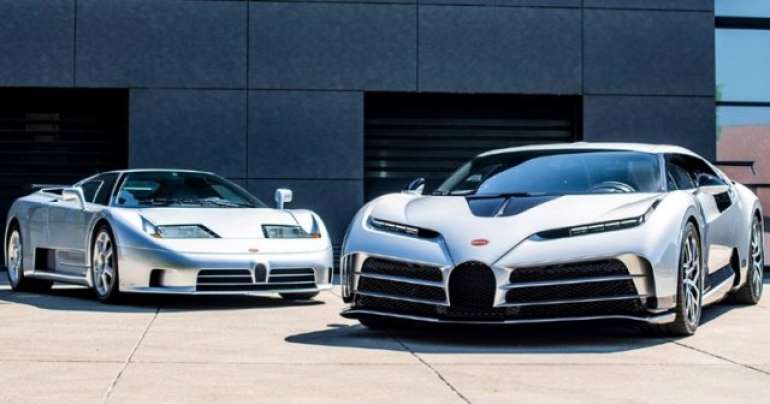 Another Centodieci was produced, which means that the handover is ready.

We have no doubt that the future owner, despite being "shorter" by at least eight million, will sit down in this truly special car with a smile every time. A silver finish was chosen, and before leaving for its new owner, the car was photographed in the company of its ancestor, the legendary EB110 Supersport from 1992.

Only now, side by side, these two cars show aesthetic similarities. Of course, the decades-long time difference has taken its toll, but it would be difficult to single out a more attractive car here.

Let's remind, Supersport in translation means that it is slightly more powerful and lighter than the GT version, and it boasts of appropriate body modifications to achieve better aerodynamics.

And finally, let's say that the original was produced in 30 copies, and on the used market it is still cheaper than the reincarnated model. Of the ten planned examples of the Centodieci model, only three have so far been seen in public.

The first, white version, was spotted in 2019, and the blue version only recently.

All ten cars will reportedly be completed by the end of the year.

Tagged under
More in this category: « The Brabus beast weighs three tons and reaches 100 km/h in 3.7 seconds Retro is in fashion: Citroen presented a new logo PHOTO/VIDEO »