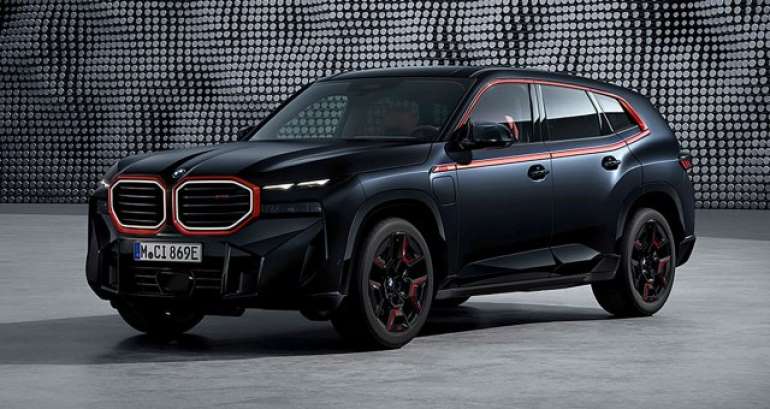 BMW has released the first photo of the exclusive Label Red version of the new XM model.

Label Red will make the XM the most powerful hybrid crossover on the market. As the nameplate says, the car will be recognizable by its matte black paint and plenty of red accents that aren't available on the standard BMW XM variant.

A photo of the interior is not yet available, but the German manufacturer says that the red and black color combination extends to the interior, along with specific decorative details.

Although BMW has not released all the technical details of the Label Red version, it has been confirmed that the drive system will be improved compared to the regular model, which has 653 hp (480 kW) and 800 Nm.

Thus, this exclusive will have a hybrid drive that produces as much as 748 HP (550 kW) and 997 Nm of maximum torque. Accordingly, better performance compared to the standard version and its 0-100 km/h acceleration of 4.3 s are expected.

The BMW XM Label Red will premiere in 2023, when we will have more information about this car.