Oct 20, 2022
The new king of electric cars has arrived: The first electric Rolls-Royce has three tons 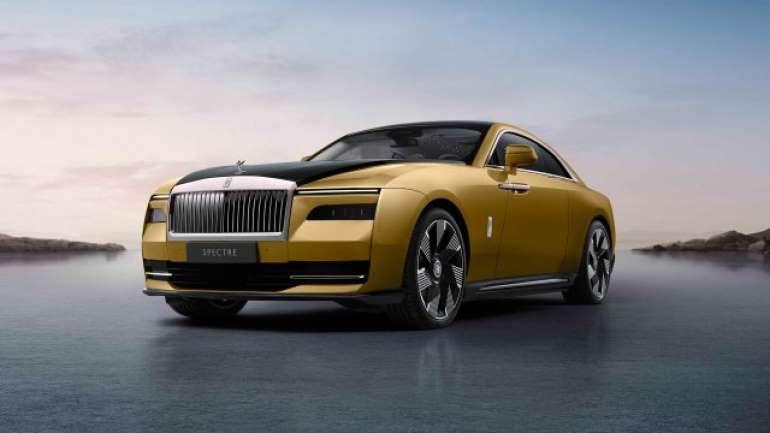 Rolls-Royce's entry into the electric car market works in its own way. They can simply afford it, that is, they can be sure that they will easily extract a few hundred thousand euros from their fans for a huge electric coupe weighing less than three tons.

Specifically, the Specter weighs 2,975 kg, making it one of the heaviest production cars on the market right now. Of course, the Specter is not a small car, so the distance between the axles is as much as 3,210 mm.

The supporting structure is aluminum, but the burden of the huge battery cannot be hidden.

The 700 kg battery is a nice ballast in the floor of the vehicle, and with a capacity of more than 100 kWh, it enables a solid driving autonomy of 520 km, according to WLTP.

The electric drive produces 585 hp and 900 Nm, which apparently in RR they consider sufficient to satisfy the appetite of future owners, but also some basic standards of the brand.

After all, the company is no stranger to electricity because Charles Rawls was thinking about an electric car more than 120 years ago. In 1900, he bought an electric vehicle and was mesmerized by the feeling of driving without noise, vibration and stench.

On paper, it reaches 100 km/h in 4.5 seconds, but that really matters less in a car of this caliber.

Yes, the Specter is fast, but it should be experienced more like a road version of a luxury yacht, just as the rear of the car suggests.

Equipped with "Magic carpet ride" chassis and Planar suspension, the Specter will ride the mountain roads between Nice and St. Tropez like on rails.

It is not surprising that it was precisely on those roads that he performed the final tests and fine-tuning of the prototype before the start of production.

No need to waste words on the design. Suffice it to say - a pure classic, but also a never-wider LED-illuminated front fascia.

And yes, the lights are double, where the daytime ones are extremely thin, and the main ones are hidden under them. It's a recipe recently introduced by BMW and it didn't go over well with critics. It will probably pass here.

Tagged under
More in this category: « BMW revealed how long it will keep manual transmissions Not electricity: Here is the fuel of the future according to the head of BMW »