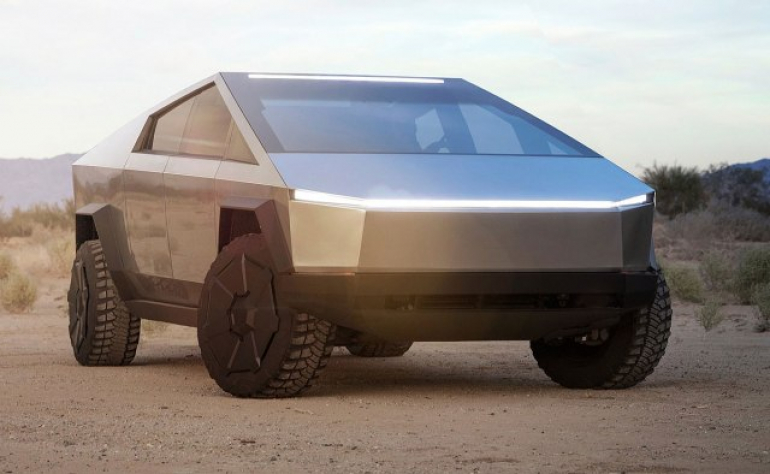 The repeatedly delayed start of production has made this vehicle something of a myth among fans of electric vehicles.

Tesla plans to start mass production of the Cybertruck electric truck at the end of 2023, Reuters has learned. The Cybertruck was first unveiled in 2019, and production was originally slated to begin in late 2021.

The repeatedly delayed start of production has made this vehicle something of a myth among fans of electric vehicles, because many raised their hands more than the pickup will ever see serial production, writes RTS.

Despite the fact that the price of the final version of the vehicle is still unknown, nor are its exact features known, hundreds of thousands of potential buyers have already paid $100 to reserve their Cybertruck.

Three years ago, the initial price was supposed to be under $40,000, but Tesla has since raised the prices of all its models. The exact number of reserved vehicles is not known, but if CEO Elon Musk is to be believed, the company "received more orders for the pickup truck than it can fill in the first three years of production."

In line with that claim is the fact that Tesla stopped accepting orders outside the US in May.

A month ago, Tesla announced that it was preparing its factory in Austin, Texas, for the start of the new model. Musk said in a conference call with financial analysts that "early production" of the electric pickup truck is scheduled for mid-2023.

Tagged under
More in this category: « The Chinese are coming: Europe will soon import more cars than it exports Has the EU gone too fast? Maybe petrol and diesel cars will survive after all »