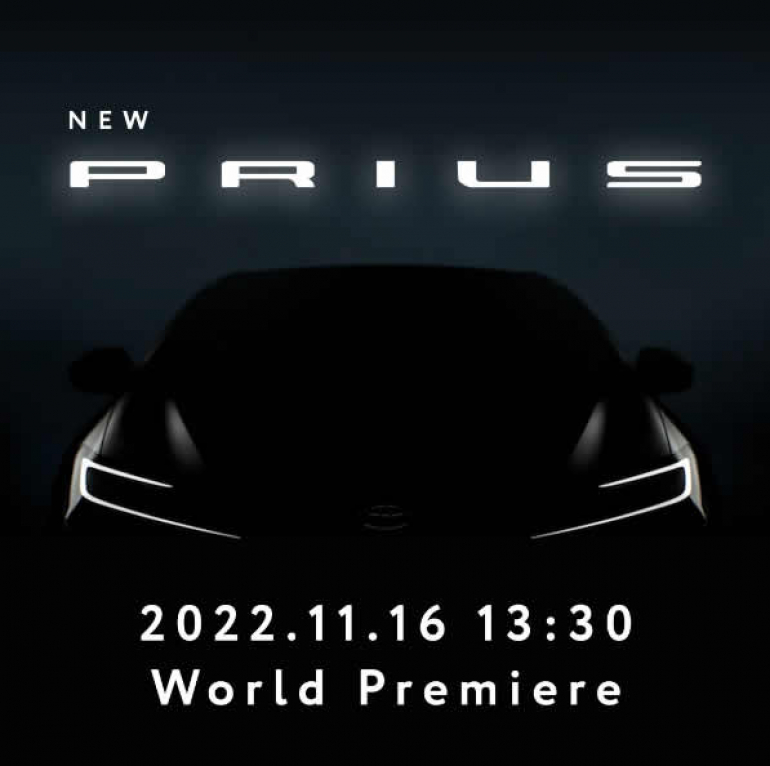 The fifth generation of Toyota's pioneer of hybrid technology.

Toyota has finally confirmed that the mysterious hybrid model, which was recently announced by the company, is indeed the new generation Prius, whose online premiere will be held on November 16.

The new teaser reveals some design details of the model, including aggressive headlights that are somewhat similar to the recently revealed Toyota Crown.

The sharp lines of the LED headlights and the dynamic lines on the hood emphasize the Toyota emblem on the front fascia.

The profile is sleeker than previous generations of Prius, while maintaining a focus on aerodynamics and 5-door body style.

Another detail that we see in the teaser more clearly than before is the emphasis on the rear sides of the "tail" of the vehicle.

Toyota describes the new Prius as "Hybrid Reborn". This model has always been a pioneer in terms of hybrid technology, so we expect Toyota engineers to further improve the efficiency of the powertrain, as well as driving dynamics and safety technology.

Reports from Japan reveal that the model will be based on the new E3 mechanical platform, using components from the proven TNGA-C base and architecture used exclusively for the bZ series battery electric vehicles.

In addition to the "classic" gasoline-electric hybrid, which will most likely be offered from the beginning, there have been rumors of a hydrogen-electric hybrid coming in 2025.

The latter could be the first production model to use Toyota's hydrogen SUS engine although nothing has been confirmed by the manufacturer at this time.

More details about the new Prius will be revealed next week, and we wouldn't be surprised if Toyota continues the teaser campaign through its social media channels over the next few days.

Tagged under
More in this category: « Fuel has a shelf life: Here's how long gasoline and diesel can stay in the tank Schumacher's Ferrari sold - "only" 13 million euros »