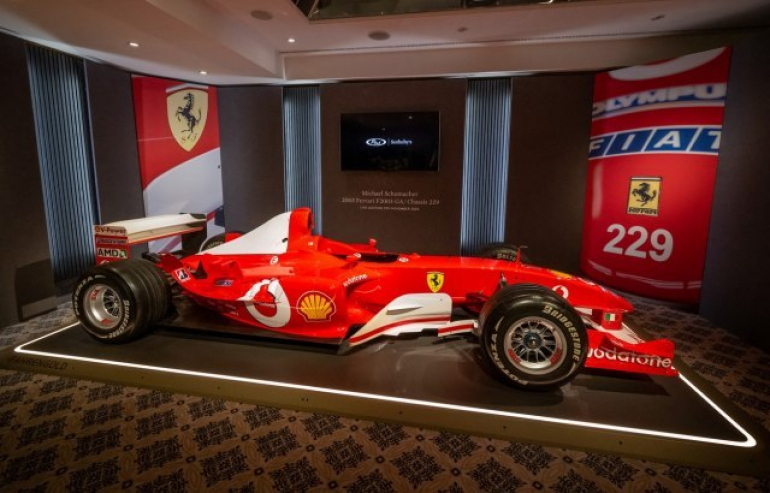 The Ferrari car with which Michael Schumacher won the Formula 1 World Championship in 2003 was sold at auction for 13.1 million euros.

The auction house "Sotheby's" in Geneva issued a notice that during the auction, which lasted about forty minutes, the final bid was received by telephone.

Five years ago, another "Ferrari" driven by Schumacher in the 2001 championship was sold for 7.5 million dollars, so the previous record was broken at this auction, according to RTS.

The auction house predicted that the maximum price would be around 9.5 million euros, so this sale exceeded all expectations. It is a "Ferrari" F2003-GA, chassis 229, the vehicle with which Schumacher won his sixth world title and the penultimate of his remarkable career. With this car, the German champion won five victories in nine races, including the Italian Grand Prix in Monza.

Ferrari has been named one of the best companies in Italy for 2022 in terms of working conditions, as well as one of the most valuable Italian brands. The identity of the person who bought the Ferrari is unknown, but well-informed sources assume that it is a well-known European collector.

The 2003 Ferrari F2003-GA was designed by Rory Byrne and Ross Brown. It has an engine of 930 horses and reaches 19,000 revolutions per minute. In that year 2003, Michael Schumacher won six victories – in San Marino, Spain, Austria, Canada, Italy and the United States.

Tagged under
More in this category: « Toyota confirmed: The new Prius will arrive on November 16! The new Euro 7 standard has been introduced, here's what it means for drivers »