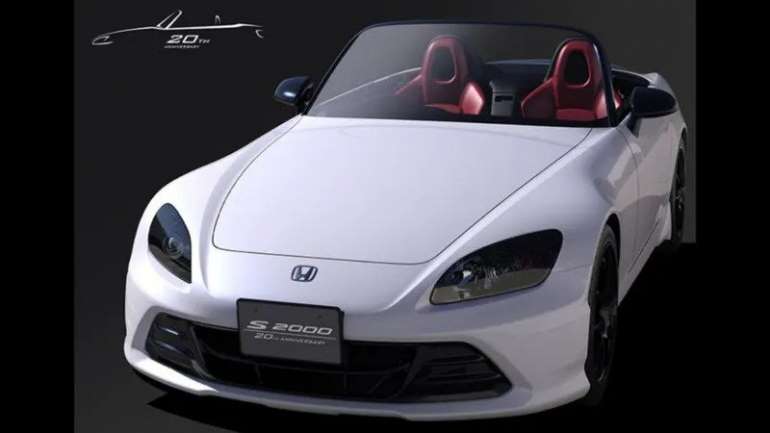 Reports have said the Honda Roadster could be reborn

It's been 11 years since Honda's record breaking roadster went out of production. This has left the Mazda MX-5 in a league of its own being an entry level sports car, with open air thrills. After years of asking for at least a successor, it seems Honda has responded.

According to a Forbes report, a source "close to Honda" told them that Honda's marketing team members are, "seriously considering", bringing the S2000 out of retirement in 2024. That launch year would mark the 25th anniversary of Honda's beloved roadster, which would be very good timing.

The Forbes report also states that it's proportions are rumored to be similar to that of the original S2000, but be lighter by using aluminum and carbon fibre with a rumored weight below 3000lbs (1360kg). It will also supposedly be more powerful too but instead of using a high revving naturally aspirated I4, it will supposedly use a tweaked version of the current Civic Type-R's 2.0L turbocharged I4 which is currently pushing 320hp and 295 lb-ft of torque. Honda is reportedly looking at pushing that power figure up to 350hp for the S2000. Sure it might not scream all the way to 9000rpm anymore which is always glorious to hear, more power and forced induction is never a bad thing.

If all of these things are true, it will probably blow out any competition that it would have. It would no longer be an entry level sports car like the MX-5 or BRZ/GR86. The power figure and probable price for a new version of the car would put it in competition with the GR Supra or even the new Nissan Z which will be out by that point especially if Nissan decides to make a convertible version of it.

Keep in mind that this is all rumors at this point and to take with a grain of salt but let me know what you think of this in the comments. Don't forget to give this article a bump and don't forget to follow me for more content like this.

Tagged under
More in this category: « The KITT car is going up for auction, it will be delivered to the new owner by David Hasselhoff The Chevrolet Camaro is recording declining sales results »