Jan 25, 2021
Ford Escort Cosworth from the Wheeler Dealer series is for sale 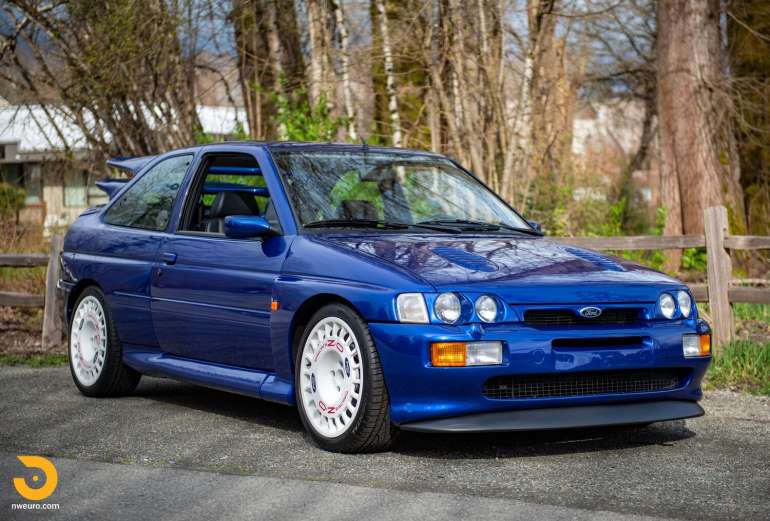 Although it follows the history of a relatively "simple" car driven mostly by those who have not been able to afford anything better, the Escort model is actually a great Ford legend. It has been produced for more than three decades around the world and in that period it found over 20 million customers, and today it can be found in sales in China. As we mentioned, the Escort didn’t often bring some technical revolution, but it certainly had plenty of high-performance versions.

Perhaps the most famous of them is the one tuned by the famous British house Cosworth, and produced from 1992 to 1996.

In that period, only 7,145 copies were sold, which was enough for the Escort homologies for the World Rally Championship (VRC). The detail that attracts the most attention is certainly the mechanics, so Cosworth developed a special 2.0-liter engine with 224 horsepower, which allowed acceleration from standstill to 100 km / h in just 5.7 seconds, with a top speed of 237 km / h. h. 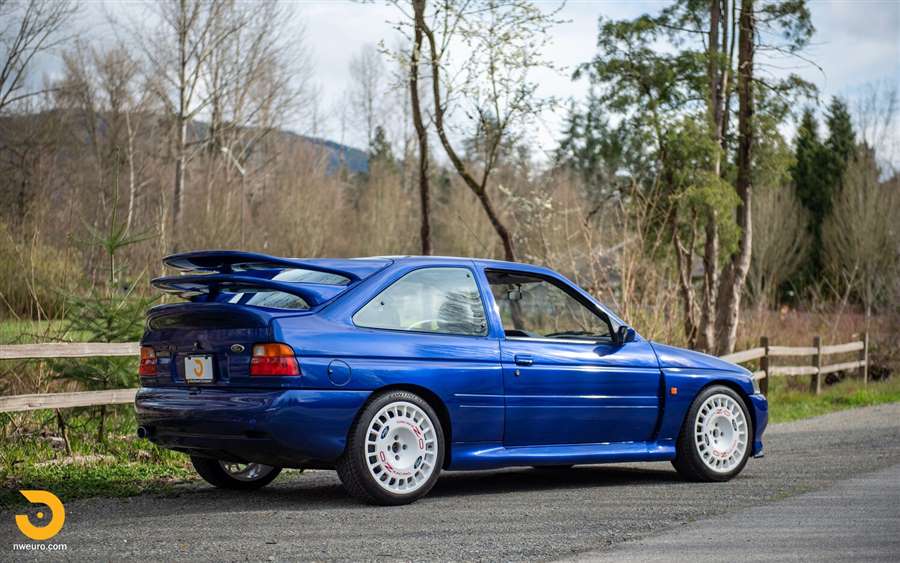 Power is normally transmitted to all four wheels via a five-speed manual transmission. An interesting detail is that Ford actually developed this car around the chassis and mechanics of the larger Sierra model, and then somehow "stuck" the Escort shell on it, which acts as a smaller, compact four-wheeler.

Now that we know all this, we will mention that there is an extremely rare Cosworth in the ad, and for several reasons. First of all, when it was new, this athlete is sold only in Europe, but since certain specimens are now older than 25, its import is also allowed in America.

The copy from our story is one of only 25 units that Sun International introduced "across the pond", and only twelve of them are currently registered. Then it fell into the hands of the leading popular series Wheeler Dealer, Mike Brewer in the first episodes of fourteen seasons, at a price of 30,000 US dollars. Mechanic Ent Ensted released another 7,665 smallest greenbacks and spent them to refresh the turbo and replace the clutch, brakes and a few visual details, and Frank Stevenson also called for help.

This legendary designer was actually responsible for the design detail that made the Cosworth brand famous, and of course it is the last connector. He modified and processed modern technology to provide even greater stability in corners, and the car was then sold to the original owner for 50 thousand US dollars.

We will mention that Stevenson, in addition to Escort, also worked in the team that designed the BMW X5, Mini Cooper, Maserati MC12, Ferrari F430, McLaren MP4-12C and 720S.

The car is still in America and the federal state of Washington, and it is sold by the company Northwestern Europe, which mainly deals with rare four-wheelers from the continent of Stari. The watch has a figure of 51,000 miles (82,077 kilometers), and the modifications made by Wheeler Dealer were supposed to raise the power to about 280 "heads". This particular model also provides Recaro sunroof and leather seats.

Northwest Europe did not want to announce the price, but believes that the potential buyer should send their offer, and then it will be said to be acceptable.

Tagged under
More in this category: « Audi announces shutdown of A4, A6 and A8 models! Audi will phase out internal combustion engines by 2040, what about BMW? »