Feb 24, 2021
New Mercedes-Benz C-Class. He steals technology from the S-Class 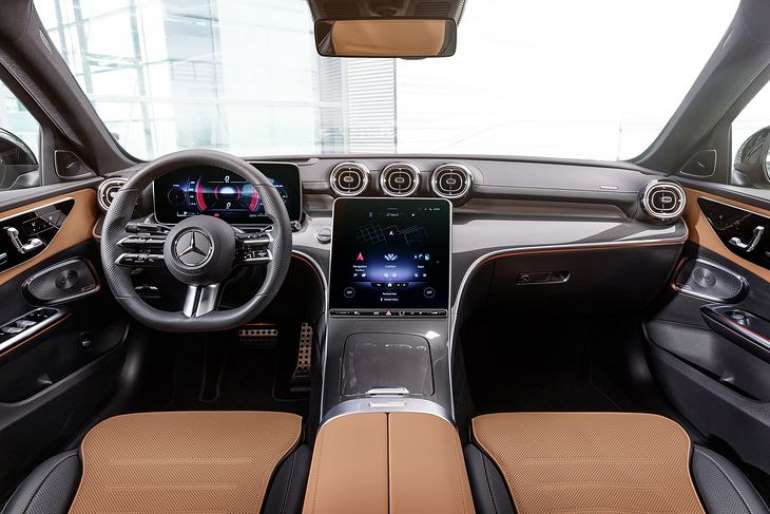 Here is the bitterly sweet premiere of Mercedes. One of the most important models on offer has officially said goodbye to big engines. 4 electrified cylinders are the maximum you can count on in the new C-Class. Apart from the engine, it is a really interesting car that in many respects strives for higher market segments.

After 7 years of market presence, we are officially saying goodbye to the fourth generation Mercedes C-Class - the last available with 8 and 6-cylinder engines. Fans of "real" motoring have reason to complain. However, this does not mean that the new C-Class is not a worthy successor to its predecessors. The car promises to be great, especially in terms of equipment and technical solutions. 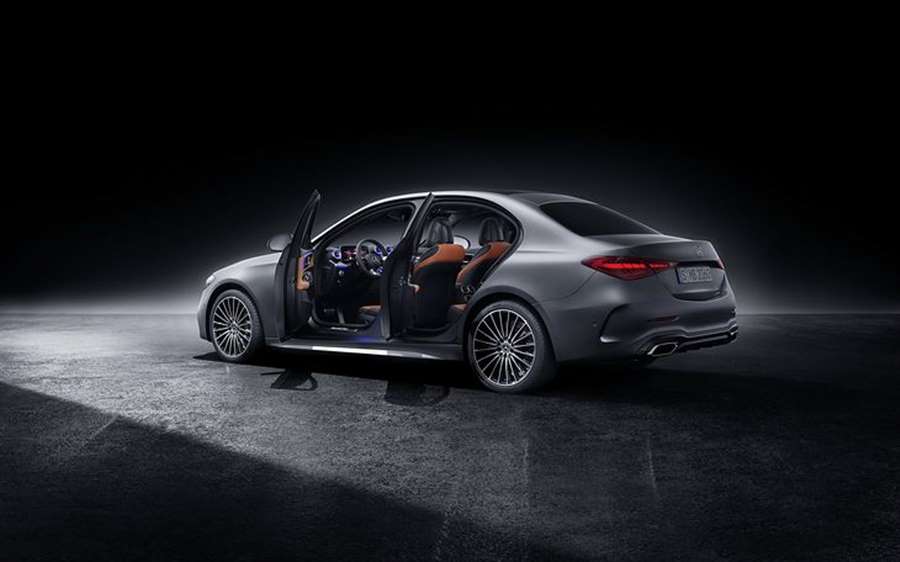 inspired by older siblings…
Looking at the photos, it’s not hard to see a resemblance to the premium S-Class. The new C-Class, although smaller by as much as two segments, is reminiscent of a leading sedan. Moreover, it is not a small car - as usual, the new generation has become bigger than its predecessor.

Mercedes boasts that all this has been achieved without compromising the proportions and aerodynamics of the body. The C-Class still boasts an impressive drag coefficient of Cd 0.24 for the sedan and Cd 0.27 for the station wagon. 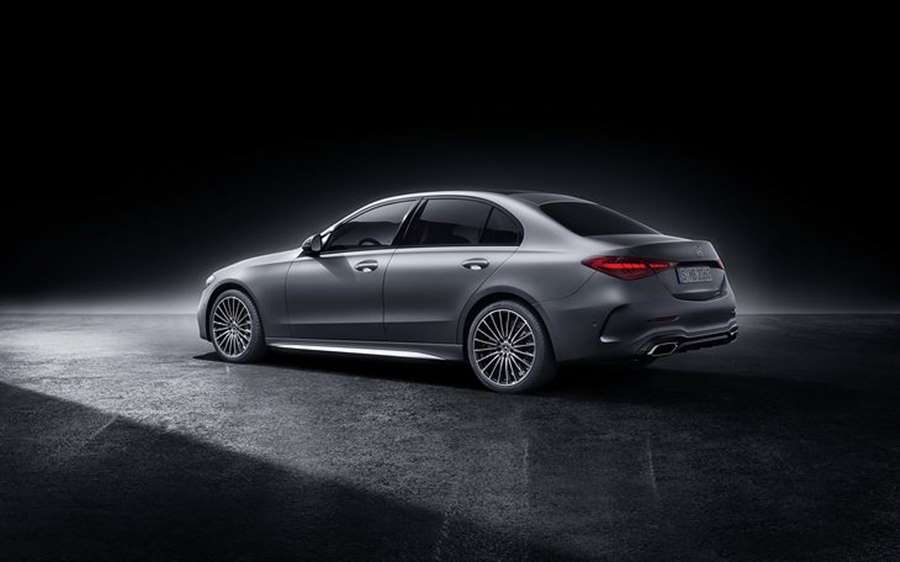 The cockpit will probably come as no surprise to those already familiar with Mercedes ’modern philosophy. Almost all services are based on large screens, which are also reminiscent of those in the S-Class. However, they are somewhat smaller. The one in front of the driver has a standard diagonal of 10.25 inches (and optionally 12.3). In turn, the central, vertically positioned measures “only” 9.5 inches with the possibility of replacing 11.5 inches.

Of course, there is the latest version of the MBUX system with voice control and many intelligent functions that support the driver and passengers while traveling. Constant connection to the Internet will provide not only contact with the world and access to current information, but also, for example, streaming services, including the original music collection provided by the manufacturer. Remote software updates will also be standard.

Manageability without sacrificing comfort
The system known from the aforementioned S-Class debuts in the new C-Class, although in a slightly simplified version it will certainly prove useful. We are talking about swivel rear wheels, which can change their position by 2.5 degrees if necessary, improving handling at low speeds and increasing rear stability at high speeds. 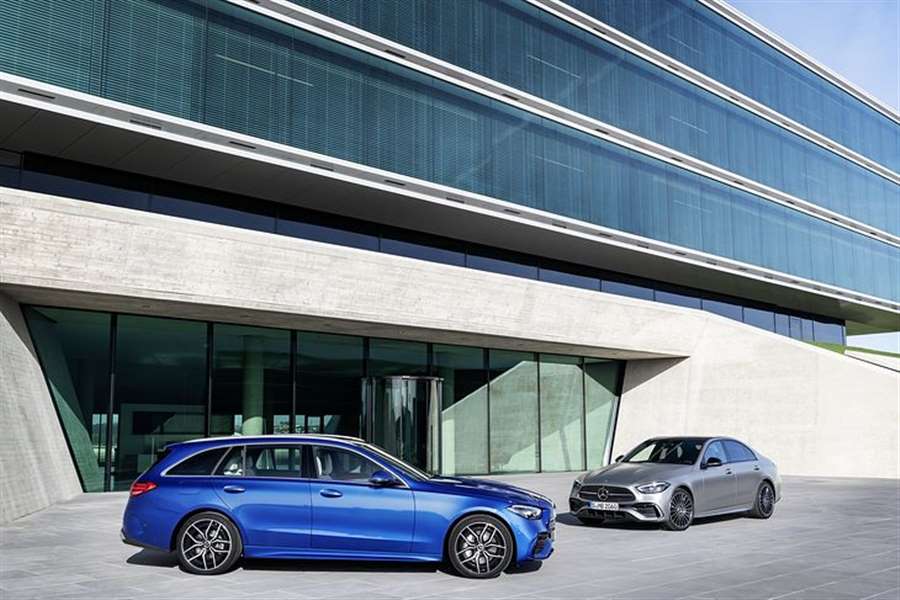 This solution made it possible to reduce the turning radius by 43 cm. It is also the cause of a shortened management ratio. Of course, as an option, an adjustable suspension will also be available that adapts the suspension to current road conditions.

Digital Light headlights seem to be another interesting novelty. You won't guess - we already know them from the S-Class. It is an optional solution that uses 1.3 million micro mirrors to direct the light beam anywhere and to display useful lighting, such as lines or symbols on the road. All this to ensure optimal lighting of the area in front of the vehicle without dazzling other road users.

The equipment can be really rich, far above the standards of the middle class. Massage seats or aroma diffusers in the interior go hand in hand with extensive driver support systems that reduce driver participation in driving even when driving at 210 km / h. 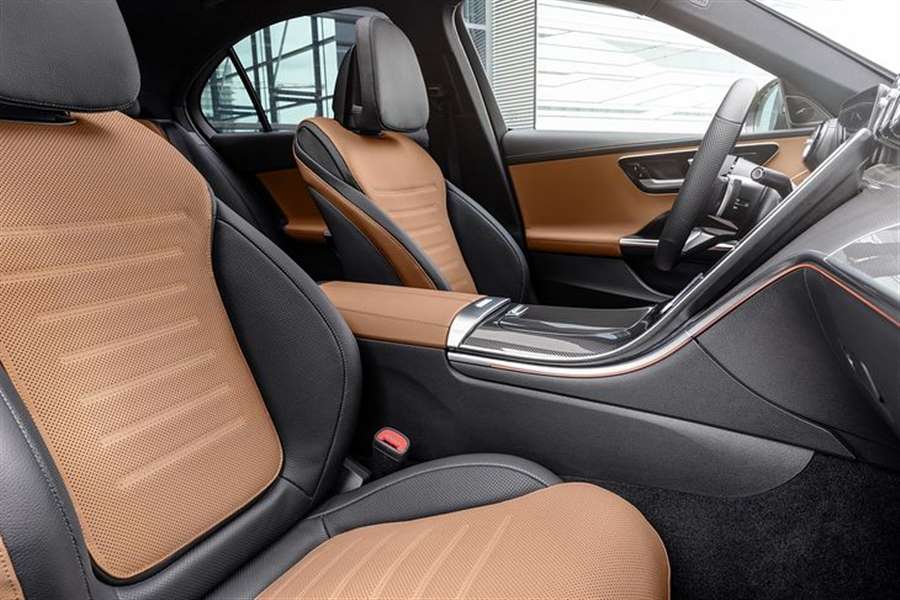 Revolution in operation
This is a change that certainly won’t appeal to everyone. Officially, all engines in the new C-Class have 4 cylinders and a volume of no more than 2 liters. Moreover, each motor is supported by a mild hybrid system that allows it to recover energy, which is then used to temporarily improve performance or power the built-in instruments. Plug-in hybrids are also available. 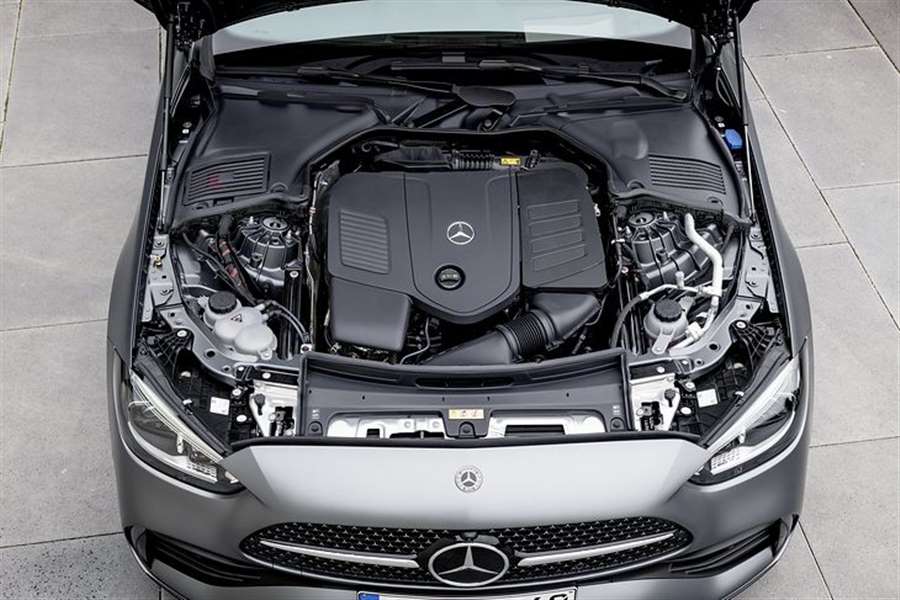 There are also plans for plug-in hybrids based on gasoline and diesel engines. And although Mercedes has yet to boast the specifications of any of these drives, we know what their main attraction will be. We are talking about an additional electric motor that generates a maximum of 129 hp of power and an impressive 440 Nm of maximum torque.

As befits, they will only be able to travel on electricity. Thanks to the 25.4 kWh battery, the maximum range on electricity alone will be up to 100 km. The result is currently unattainable for the vast majority of competitors.

Another advantage is the ability to quickly charge with 55 kW, which allows you to charge the battery in 30 minutes.

Will the risk pay off?
The new C-Class seems to have a number of advantages, and while the decision to abandon large engines may not appeal to everyone, the car should strengthen its position in the premium mid-range. In any case, Volvo is the best example of how "downsizing" bothers commentators on forums more than actual customers.

Will it be the same for Mercedes? We'll find out soon enough. The first copies will be delivered to customers in the summer of 2021.