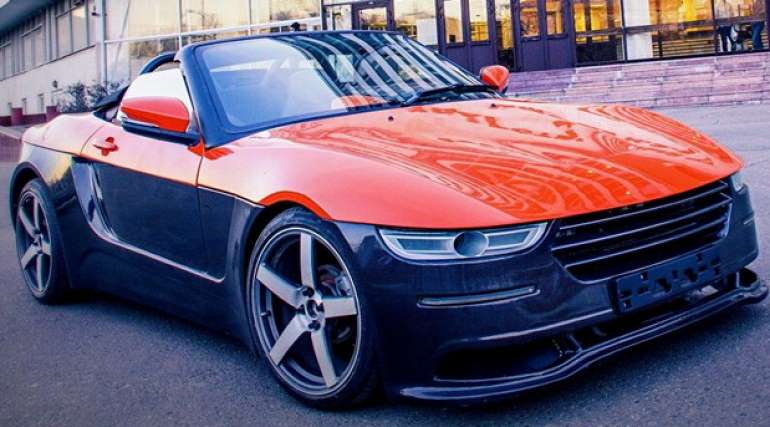 The deputy editor-in-chief of "Russia North", Natalija Loseva, published a photo of the new sports car "Crimea", writing that it will cost between 5,500 and 8,900 euros.

"Roadster 'Crimea' is a project of the student corporation 'Bauman' and Russian technical faculties. By the summer, several dozen cars will be produced. The vice-rector of Yaroslavl Technical University showed it to me. It will cost from 5,500 to 8,900 euros in retail, "Loseva wrote on her Facebook account.

The "Roadster Crimea" project was created in 2013, and the initial team of engineers was formed from the first team of the "Formula Student" team at the Moscow State Technical University "Bauman". Students and postgraduates work on the project under the guidance of experienced professors.

In December 2020, a decision was made to form an Interuniversity Youth Engineering and Technology Corporation, which will organize the development of knowledge and educational technologies among universities.

Roadster "Crimea" is made entirely of Russian parts and according to all characteristics, it can compete with foreign cars of the same class.

Tagged under
More in this category: « These are the best-selling models in Europe: Peugeot has overtaken VW Confirmed: The cult Volkswagen Microbus returns (PHOTO, VIDEO) »