Before the VW Beetle, the charismatic NSU Prinz was made in Sarajevo 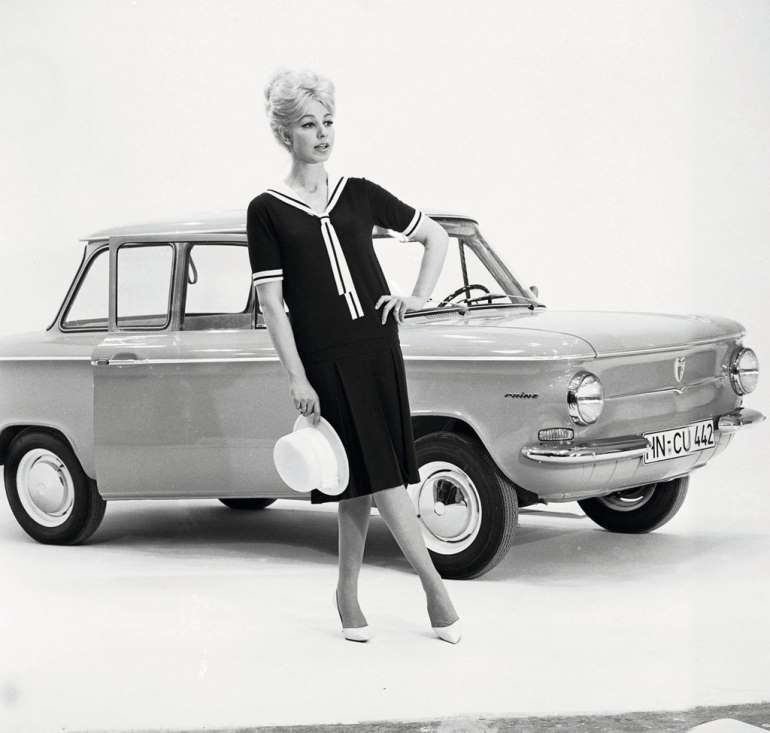 The model by which NSU returned to the world of cars was a real hit of the post-war prosperity of Germany. It is about the Prince 4 who lost his kingdom after the creation of Audi. Today, this model is 60 years old, and 50 years ago its production in Sarajevo stopped, when it was inherited by VW Beetle in the Pretis factory. Complete bodies of the Prinza 1000 (then 1200) arrived in Sarajevo, and then parts such as electric wires, batteries, tires were added ... The basic version of the Sarajevo Prinza 1200 cost around 1.8 million dinars, and the average salary was 100,000, writes Jutarnji.

The first car of the manufacturer from Neckarsulm, named Prinz, dates from the end of 1957, but the differences between it and the version that arrived four years later and managed to go beyond Germany are huge.

This is primarily due to the design, because the fourth edition, thanks to pencils by German designer Claus Luthe, took on the then modern, American style, inspired by the 1959 Chevrolet Corvair with clean straight lines, two large circular headlights, generous glass surfaces and a roof that extends slightly above the upper edge of the rear window.

The dimensions of the Prinz 4 are minimalist by today’s standards (length 344 cm, width 149, height 136 and wheelbase 204 cm), but the interior provided a solid amount of space.

A concrete link to the three previous releases was a two-cylinder air-cooled engine based on the experience with motorcycles (NSU was the largest motorcycle manufacturer in the world during the 50s). Located at the rear, with a volume of 598 cc, it developed 30 "horses", and the propulsion engine built into the engine block, which also works as a generator, was one of the original solutions.

Prinz 4 was one of the discoveries of the fair in Frankfurt in 1961, and the following year the production was increased to 300 copies per day. Demand grew thanks to the favorable price, low costs and solid driving characteristics, and already in June 1962, the one hundred thousandth Prinz 4 was produced.

Initially, in addition to the basic model, a richer equipped model with the S mark was offered, and in 1965 a new level of equipment with the L mark was introduced. For example, in 1968, Italy sold almost six times more than Germany.

Immediately after the presentation of Prinz 4, the Typ 43 project was launched, with which the NSU was to step into a higher segment. Since the price was in the foreground, the development started using the same mechanical basis. The only concrete difference on the body was in the longer wheelbase, while the drive was aimed at a more powerful version with four cylinders.

The first solution was created by merging two two-cylinder engines used by Prinz 4. Development took time, and by 1964 the project changed its name to Typ 67, and when it came off the track it became Prinz 1000, which later became versions of TT, TTS and 1200.

Prinz was produced in several countries in South America, Ireland, but also in Sarajevo's Pretis (Tito Sarajevo Company). The company dealt with weapons and, like the Kragujevac Flag, expanded production to motor vehicles. The contract with NSU began with a Maxi motorcycle and a Prima scooter, which were assembled in Vogošća, and the program was extended to cars in 1965.

Complete bodies of Prinza 1000 (then 1200) arrived in Sarajevo, and then parts such as electric wires, batteries, tires were added in Pretis… The basic version of Sarajevo's Prinza 1200 cost around 1.8 million dinars, and the average salary was 100,000. The production, during which about 15,000 copies were made, lasted until 1971, after which new plants were created in Vogošća, in which Volkswagen Bugs were assembled a year later.

The career of Prince 4 was long and successful. In 12 years, it reached the number of almost 600,000 units on the market, while the Prinz 1000 was more successful on the race tracks, especially the TT and TTS versions, than on the market (200,000 in 8 years).

Yet after Volkswagen took over the NSU in 1969 and merged it with the Auto-Union from which Audi emerged, the days for Prinz were numbered. The new owners did not invest in the modernization of the car, which was one of the bestsellers in Germany in the 60's, but also a real competitor to Bubi. Production of the Prinza 4 stopped in July 1973, and its place was taken by the Audi 50.

Tagged under
More in this category: « Jeep announced a new 7-seater crossover Skoda has prepared a new version of the Octavia model »