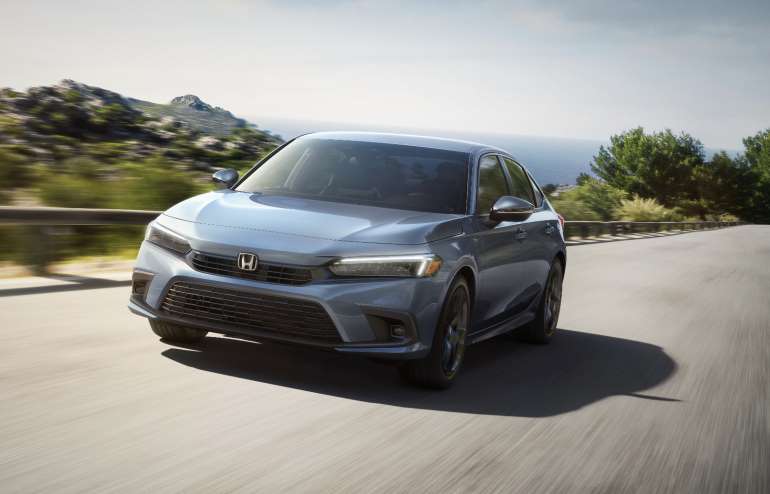 Finally, all the details of the 11th generation Honda Civic Sedan are known, which brings a lot of state-of-the-art technology and unusual design. He is unusual because he is no longer overly aggressive. The new Civic will strive to remain one of the best-selling cars in the United States for the last 50 years.

After a short announcement from Honda in April, which was accompanied by only one photo of the new Civic, the 11th generation of this model was finally presented in a four-door sedan version. 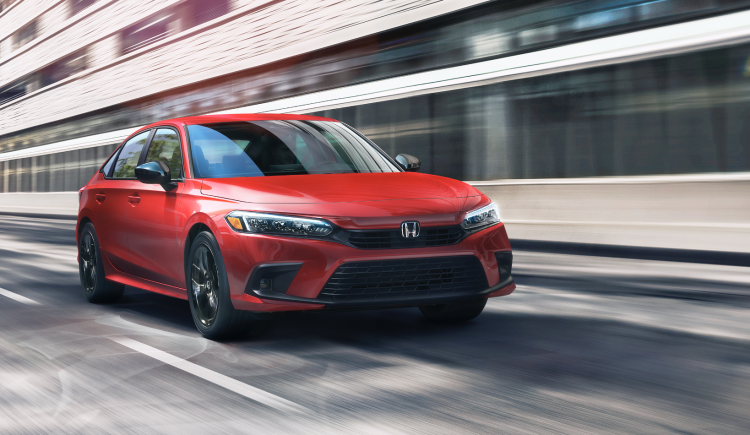 It is technologically refreshed, and the main goal of the company is for the new Civic to continue its success story as one of the best-selling models in the USA, writes Auto Klub.

To achieve this, Honda returned to the original simplicity of design, which was a huge success in the 70's.

And indeed, the new Civic has a bit of design sharp lines but already looks very clean. To simplify the design, Honda has moved the windshield frame back by two centimeters, which makes the bonnet look longer and has classic proportions. 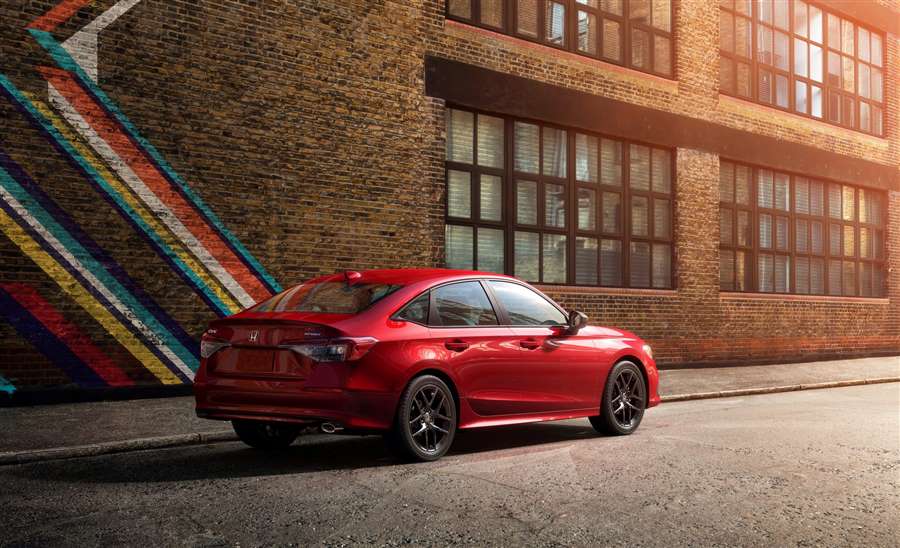 The sharp line that cuts through the body and enters the rear lights of the Civic has been deliberately retained. In addition, the sedan looks much wider due to the stronger "shoulders" at the rear and the wide-set LED lights.

"All this contributes to a car that is not burdened with the weight of unnecessary design tricks," they say in Honda. Three new colors will also be available: Meteorite Gray Metallic, Sonic Gray Pearl and the exclusive Morning Mist Blue Metallic.

In the cabin, the new Civic offers a 10.2-inch digital instrument panel and a 7-inch infotainment system as standard, which is much larger than the dimensions of the outgoing model. 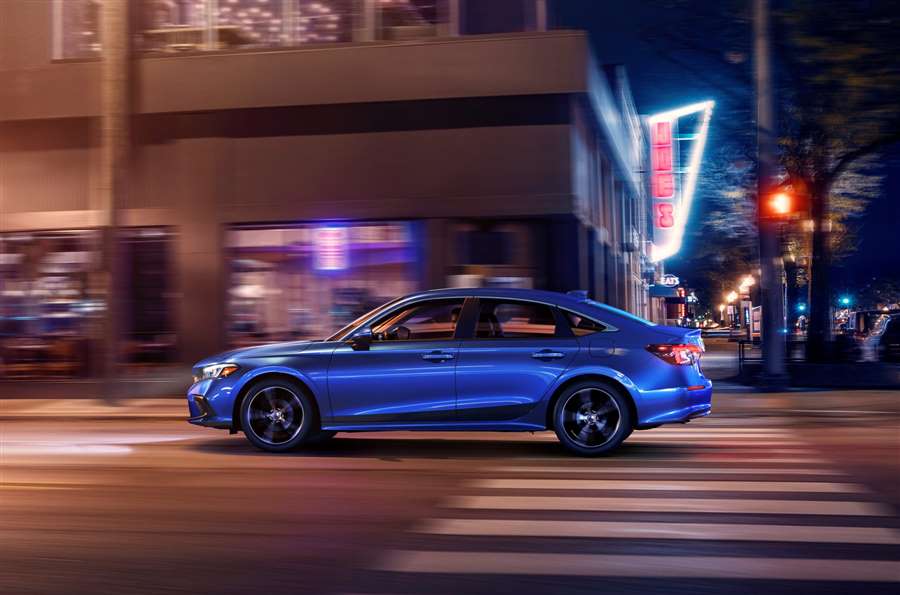 As part of the Man Maximum / Machine Minimum design philosophy, Honda has decided to retain physical controls for certain functions, such as air conditioning and an audio system that can also offer 12 Bose speakers.

When choosing the material in the interior, practicality was taken into account, so that you forget the "piano black" details on which fingerprints remain. Instead, a mesh honeycomb design was used, which looks clean and elegant, and hides ventilation openings that would disrupt the harmony of the front panel.

Moving the windshield provided better visibility outside the car, while longer and wider dimensions contributed to more space for passengers' heads, legs, hips and shoulders, so it can be said that the new Civic is more spacious than ever.

The wheelbase is 3.5 centimeters longer, which contributes to better stability and a smoother ride.

In addition, the strategic use of high-strength steel and aluminum, torsional strength is eight percent better than the older model. And with all that, the weight of the vehicle is reduced.

Today, all new cars have many assistance systems, and the Civic calls its package of active safety technology Honda Sensing, which has been upgraded with a new camera that provides a wider field of view, as well as a system that recognizes pedestrians, cyclists and other vehicles. Cruise control has been improved with more natural braking and faster reaction, as well as a lane keeping system. 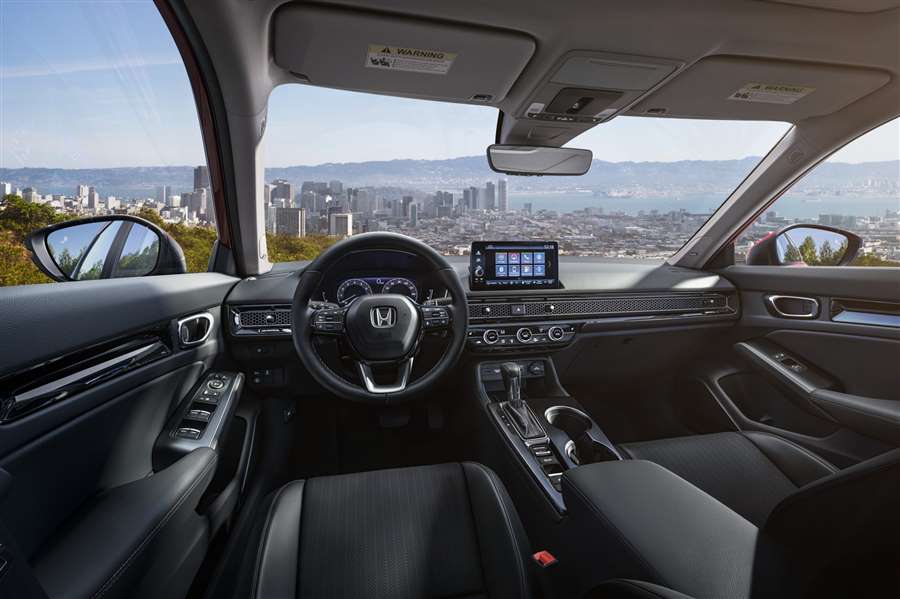 The new sedan should go on sale this summer, and it will be produced at Honda's factory in Ontario, Canada. A compact version is expected in a few months. However, the prices have not been announced yet, but a little more than 21,250 dollars is expected, which is the price of the current basic model from 2021.

Tagged under
More in this category: « The Lamborghini Squadra Corse announces a new model (VIDEO) What's new: By 2030, Renault will be the "greenest brand" »