Revealed how much the new Renault 5 will cost 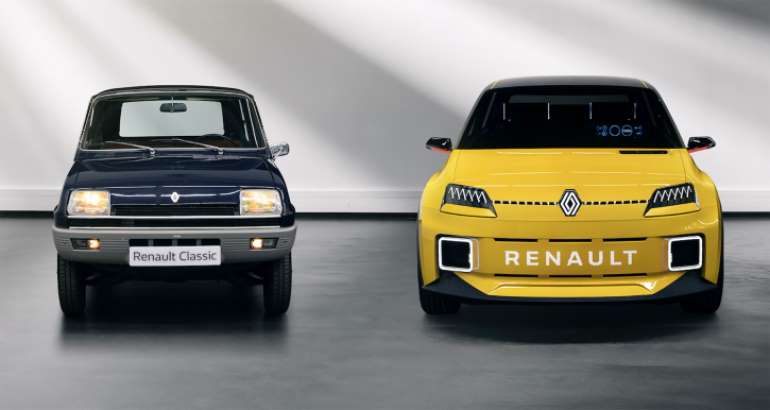 In its electrification strategy, Renault has announced seven new electric models by 2025, and among them will be two legendary cars in a modern edition, but with design connections of a glorious past. It is a Renault 4 model that will be named "4ever", but also a Renault 5 model that has been announced to be a third cheaper than the Zoe model.

At yesterday's eWays conference, where the French company presented its electrification plan, Renault Group CEO Luca de Meo spoke about the new platform, different batteries, but also about the new electric models that will be presented by 2025 and even their price.

The Renault 5 for the 21st century will be set on a new platform for B-segment electric vehicles that will enable the French company to produce affordable cars. The CMF-BEV platform will make the new Renault 5 33% cheaper than the Zoe model, which in practice means that the price is expected to be around 22,000 euros.

As for the modern Renault 5, we already have some ideas of what this legendary electric car might look like.

Namely, at the beginning of this year, photos of the Renault 5 Prototype concept were published, which clearly associates it with the model that was produced from 1972 to 1996. Renault 5 will be one of 14 new models that the French company will present in the next 4 years, and half of them will be fully electric.

The new batteries will be based on nickel, manganese and cobalt and will significantly reduce costs per kilowatt-hour. A range with a single charge of about 400 km according to the WLTP standard is expected.

"I know from experience that reviving cult products from the past can significantly contribute to brand growth. Renault 5 is a cult vehicle that will be available in a modern edition at a price that is acceptable to many. This is just the beginning for the entire Renault brand, "said Luca de Meo, who was the key man for the return of the Fiat 500 in a modern edition.

In addition to Renault 5, an electric Renault 4 called "4ever" has also been announced.

Tagged under
More in this category: « Nissan has announced a battery factory and production of a new electric crossover in the UK Rimac officially took over Bugatti »