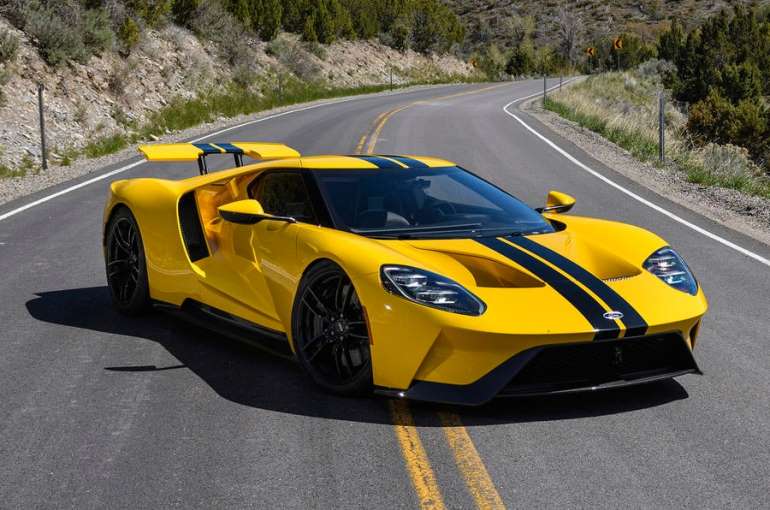 Ford GT is a very common topic on worldcarblog.com. As one of the biggest icons of the automotive industry, almost every news about this athlete is often accompanied by a mountain of comments, and the public interest is those examples from the 1960s that dominated the racetracks.

But it should not be forgotten that the GT also exists in a modern edition. It all started in 2003 when it debuted on the centenary of Ford, and the second generation has been on sale since 2016. The company intends to end production after next year and in this second generation 1,350 copies will find a new owner.

Although the GT is highly valued and respected around the world, there are those who believe that its six-cylinder engine does not fit such a vehicle. We doubt that anyone will have any objections to the power, since the 3.5-liter gasoline engine develops as much as 660 "horsepower" and enables acceleration from zero to 100 km / h in three seconds with a maximum speed of 346 km / h. Ford has invested large sums of money in its EcoBoost technology, so what better way to show their power than a supercar that will "iron" the competition from Italy, Germany and the rest of the world.

But as colleagues from the Autoblog site write, maybe the American giant is preparing something big for the end or it is already working hard on the third generation GT. Namely, in the federal state of Michigan, a prototype was caught that does not sound like it has "only" six cylinders under the hood. It didn’t take long before speculation started, and Americans as Americans hastily concluded that the company was preparing some special offer with a V8 engine.

At least Ford has plenty of them, from the standard 5.0-liter Mustang atmosphere, to the more powerful 5.2-liter with 760 horsepower in the Shelby GT500 configuration, to the all-powerful 7.3-liter sold as a separate item. and proved extremely popular in hot rod culture. The tested prototype also has a significantly larger spoiler, so there is no doubt that it will provide even better performance.

At the end of the day, imagination is one thing, but reality is quite another. The fact is, as we mentioned, that Ford has invested large sums of money and time in EcoBoost technology and will certainly not give it up so easily. At the same time, the GT was developed from day one with a 3.5-liter petrol, so any larger engine would only damage the vehicle’s balance and require major changes in terms of suspension, brakes, mass distribution and more. So at the end of the day, we will probably see some special edition of this athlete, but again, expect six cylinders under the hood.

Tagged under
More in this category: « The Ford GT40 from the movie "Ford v Ferrari" is going up for auction Represented diesel engines: Volkswagen 1.6 TDI »