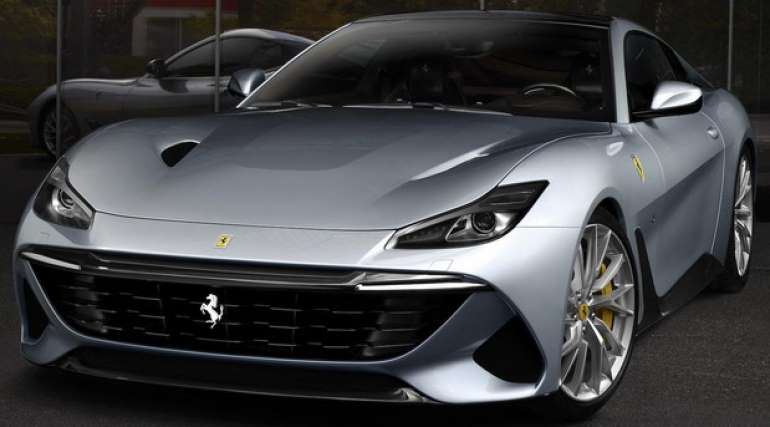 Ferrari has introduced the BR20 coupe based on the GTC4 Lusso model, which has become a new addition to the ultra-exclusive One-Off series.

The BR20 is inspired by Ferrari coupes from the 1950s and 1960s, and features some features reminiscent of the 410 Supermerica and 500 Superfast.

The car was designed as a unique project for one particular client, based on the GTC4 Lusso grand tourer platform that was recently discontinued, but that platform has been significantly modified. In all, it is longer than the original due to the rear overhang, aerodynamic air duct, rear spoiler and exhaust pipes integrated into the lower diffuser.

Ahead is a redesigned and expanded grille featuring unique horizontal slats and a carbon top that connects it to other recent One-Off models.

The lights have also been modified, which primarily refers to thinner daytime running lights, and the 20-inch wheels are also unique.

The two rear seats present in the GTC4 Lusso have been removed, making the coupe a two-seater. This allows it to have a more elegant roof in the style of fastback, but it has also resulted in major changes to the interior, which contains a lot of leather and carbon. The seats are uniquely stitched, and the oak also covers the luggage space.

Performance details have not been released, but the car is known to have retained the 6.2-liter V12 engine and all-wheel drive that the GTC4 Lusso also has. In that model, the engine develops 690HP.

Projects like this bring a lot of money to Ferrari, and the waiting list is so long that customers have been waiting for five years.

The client who ordered the BR20 was "deeply involved" in creating the car, but his identity was not revealed, as was the figure he set aside for his four-wheeler.

Tagged under
More in this category: « The new Ford Mondeo in the first pictures 2022 Mahindra Roxor »