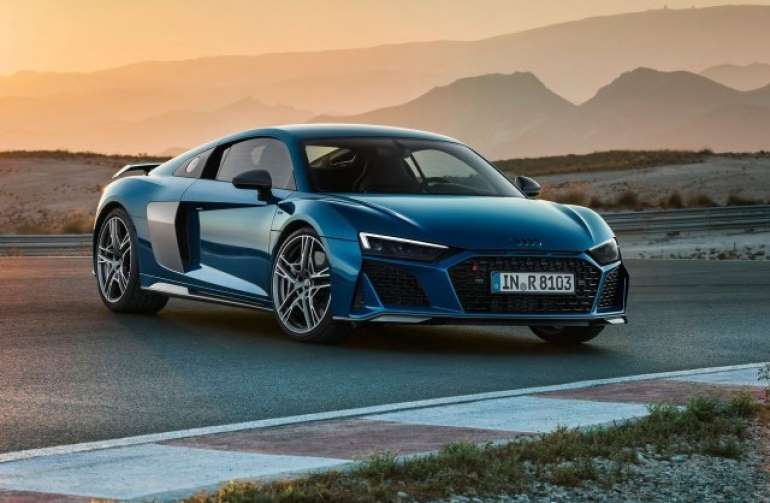 The successor to the Audi R8 is due to appear in the middle of this decade, although Audi insiders say that the supercar has not yet received the official green light.

However, the novelty will not be called R8, and it will be characterized by a completely new design direction so that it will not resemble its predecessor. However, it will stay true to the pure sports car concept, with two doors and more power than anything else in the Audi range. The current R8 will remain in production, most likely until the end of 2023, according to the British Autocar.

Head of Audi Sport Sebastian Grams points out: "What we are trying to do is to get as close as possible to that ultimate racing feeling. He added that 60% of its parts are similar to GT3 spec cars. The R8 is produced alongside the Audi E-tron GT and RS E-tron GT models at Audi Sport's Böllinger Höfe plant in Germany, so the facility is already set up to produce top-of-the-range electric models.

Grams said: “We will absolutely retain the craftsmanship because that is what makes the car unique from the rest of the portfolio. If we bring a successor to the R8, we'll try to keep doing that. It is important for the customer. There is love in the R8."

Audi has a number of platform options for the R8 successor, although it will most likely use one developed with Porsche. The SSP Sport platform, recently confirmed by Porsche, will be used on SUVs and sedans and will replace the J1 platform currently used on the Porsche Taycan and Audi E-tron GT.

However, there is another possible basis for the next-generation R8: the platform that Porsche is preparing for its future electric models, the Porsche 718 Boxster and Cayman.

On the topic of platforms, Grams said: “We have brands around the Volkswagen Group that can achieve synergy.

Audi Sport has already demonstrated its electric sports prowess with the RS E-tron GT, which accelerates from 0-100 km/h in 3.3 seconds and delivers 637 hp, with a range of 237 miles (381 km) and fast charging capability. The future R8 will need to exceed these figures, as well as have enough power and range to drive on the track.

"We have to be bold, as we were with the first generation R8." It was a brave decision to build that car. We have to be innovative and transform into an electric world and digitization.”

The arrival of the R8 successor will be carefully timed to spearhead Audi's plans to launch only electric models in its base line from 2026, although the strategy for the Audi Sport models is slightly different.

Speaking about the upcoming model, Grams said: “I am fighting for [the successor to the R8], and so is the Audi management. We're looking at different kinds of concepts, and the direction is electrified. If I get my wish, it will be an electric R8. And if you're doing a super sports car, then it's a two-door concept.”

The new Audi TT is another popular Audi Sport model under consideration. "We're working on it," Grams says. "It's an icon. But at the moment, my focus is the successor to the R8.”