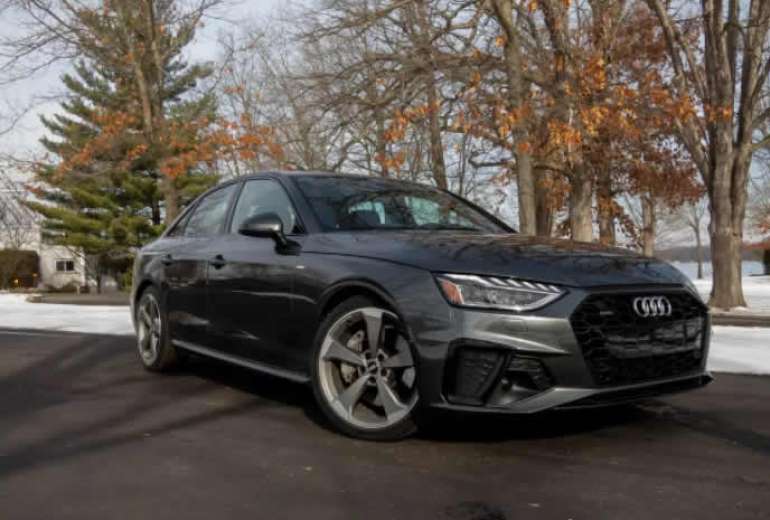 The verdict: Audi strikes a beautiful balance of sporty, luxurious and high-tech in the revised A4, delivering a satisfying compact sedan experience.

Verus the competition: It’s not as athletic as competitors like the Alfa Romeo Giulia or BMW 3 Series, but the new A4 makes up in comfort what it lacks in edginess. It’s easily as quick as most of its competitors, offers similar technology and provides a luxury experience that outshines rivals from Acura, Infiniti and Lexus. 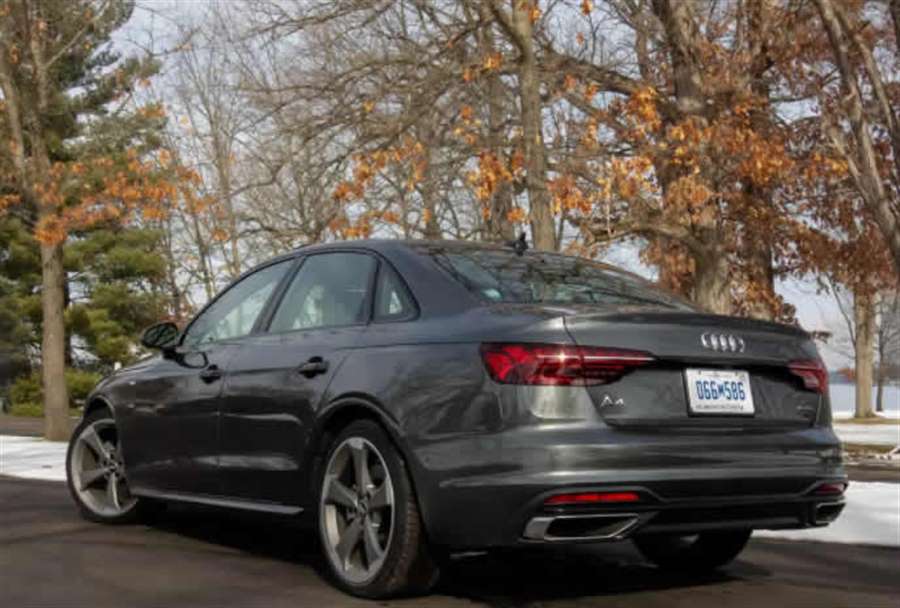 There’s been a seemingly never-ending parade of new SUVs showing up in our testing queue lately. Everyone has a new ute to sell to an increasingly ravenous customer base that loves high-riding, family-friendly, cargo-hauling boxes — so when something comes along that’s the antithesis of that mindset, it’s deliciously refreshing. That’s what we have here with Audi’s latest A4. It got a decent refresh of its styling and content for the 2020 model year, and the 2021 model got even more tweaks and refinements. German luxury specialist Audi has delivered a beautifully balanced and fun-to-drive — but not overly sporty — compact sports sedan that reminds you just how much more satisfying a low-slung sports sedan is than even the most hairy-chested, overpowered SUV out there.

More, Greener Power
The news for the 2021 A4 primarily centers on a power upgrade. The car still offers two turbocharged 2.0-liter four-cylinder engines, but both now make more power and feature a standard 12-volt mild-hybrid system to boost efficiency. Both engines gain 13 horsepower, leaving the base A4 40 trim with 201 hp and the upgraded 45 trim with a healthier 261 hp. Torque remains unchanged at 236 pounds-feet in the base 40 model and 273 pounds-feet in the 45. Both engines mate only to a seven-speed dual-clutch automatic transmission, and all-wheel drive is newly standard for 2021. The manual transmission was discontinued a while ago, and now there are no more front-wheel-drive models, either. 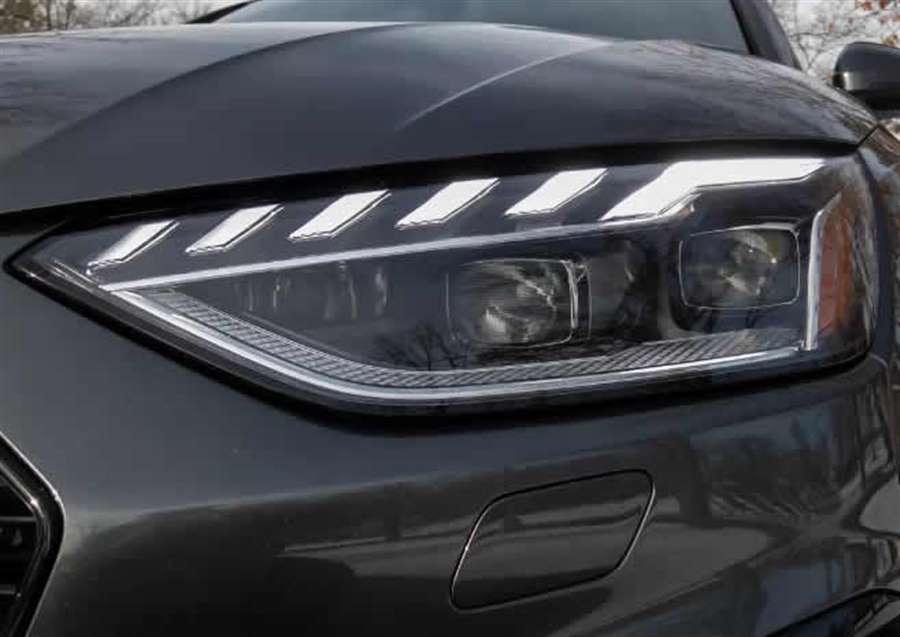 But you know what? I’m not even mad about it, because the A4 drives beautifully. The focus on balance is clearly apparent: The higher-spec engine I drove delivers ample, immediate thrust when called upon, and the automatic transmission is snappy and responsive. The car overall delivers a refined, poised driving experience that’s highly enjoyable. Its low seating position, tight handling and smooth yet communicative ride are all excellent reminders that, despite the usefulness of SUVs, they really aren’t made for enjoying the experience of driving.

This A4 is a bit too soft to be truly sporty; steering feel is direct but notably muted, and the suspension allows a bit more lean and bump-soaking cushiness than you’ll find in a comparable BMW or Alfa Romeo. Still, it’s no marshmallow, with the kind of higher-speed highway stability you expect from a German luxury brand. Overall, there’s just enough communication from the car’s mechanical components to be entertaining, and just enough isolation to keep things luxurious and refined. 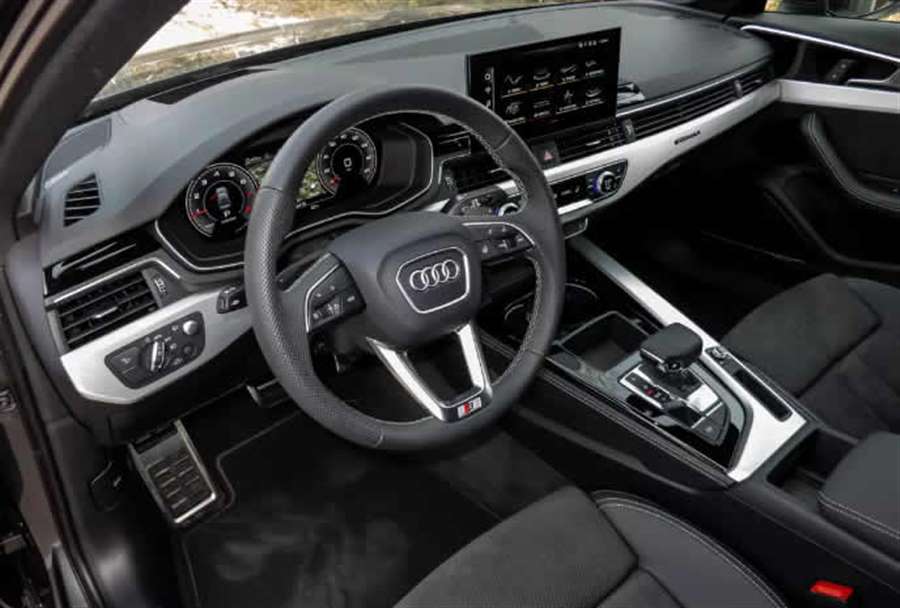 Still a Benchmark Interior — for Now
We’re worried about Audi’s trend toward replacing every switch in the cabin with touch-sensitive panels — something American automakers tried a few years ago that didn’t go over well. The panels take away tactile feel for buttons, making for a more distracting experience — especially given that, in many cases, the touch panels don’t operate perfectly, requiring you to focus extra attention on them to make sure the function you tried to select has actually been selected. I’m happy to say the latest update to the A4 hasn’t created a completely “glass cockpit” just yet; there are still dedicated climate-control buttons and knobs, for instance, unlike on some larger Audis, such as the A6 and A8. 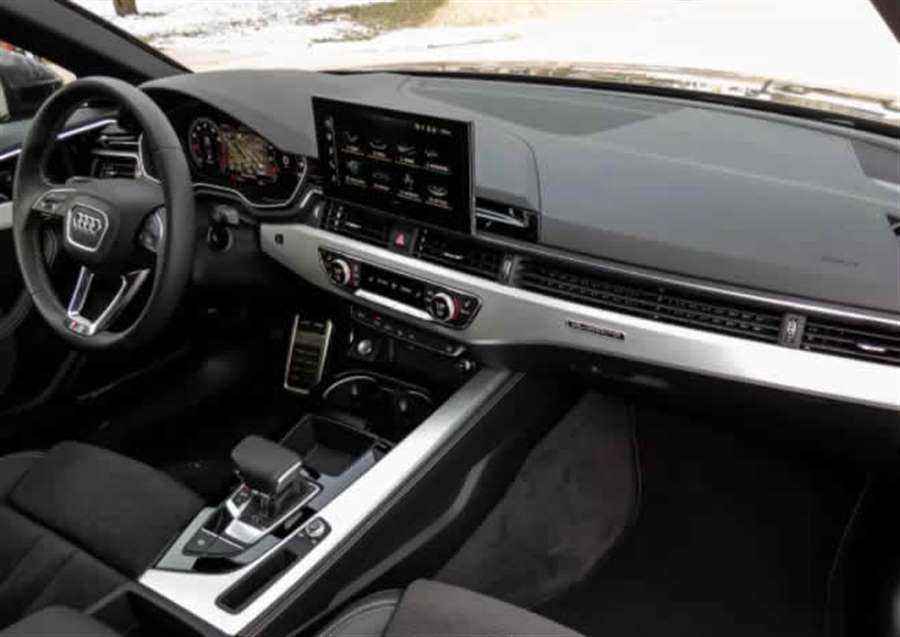 The front and center touchscreen was updated for the 2020 model year, and as in many cars these days, it’s been artlessly pasted onto the dashboard like an afterthought — or a tablet in a dock. Thankfully, unlike the latest Mercedes-Benz products, the steering wheel does not employ touch-sensitive areas — something I never thought I’d need to say.

The overall interior experience in the A4 is as it ever was: chock full of top-quality materials, excellent design, comfortable seats and great visibility. It does feature a very low driving position, which takes some getting used to in an era when what’s left of the sedans out there feature ever more upright, high-sitting driving positions. Front-seat comfort is good, but backseat space is rather tight in terms of leg and headroom, as is common in the compact sedan class.

As in other high-end luxury cars, you can adjust the interior ambient lighting from a calm, subtle glow all the way up to full-blast, “Tron”-style Lightcycle, depending on your taste and tolerance for such things. The digital gauge cluster is one of Audi’s better electronic features; the brand was one of the first to employ such technology across its range, and while it’s become a lot more common in competitors, Audi still makes sure it’s is one of the best out there with easy-to-read displays, an easy switch between display modes and an acceptable level of customization without information overload. 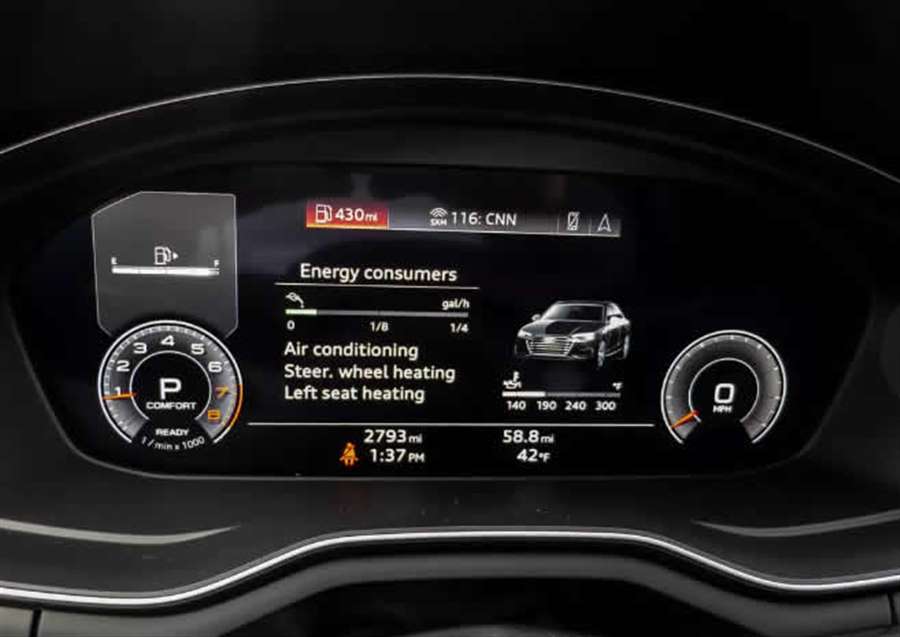 Cargo room isn’t the most important thing in a compact luxury sedan, but the A4 does all right here, too, with a 12-cubic-foot trunk, according to Audi. That’s more than the Genesis G70’s 10.5 cubic feet but less than the Acura TLX’s 13.5 cubic feet — and a lot less than the BMW 330i xDrive’s 17.0 cubic feet, though I suspect that figure may be a product of some sketchy measuring on BMW’s part. (This is why Cars.com has launched its own cargo-measuring effort, though we have yet to flesh out the A4’s class).

Premium Digs at a Premium Price
The latest Audi A4 is the typical premium Audi experience. My test vehicle was an S Line version, which brings a lot of the exterior styling elements of the S4 performance sedan into the A4 line, with a few spiffs on the inside, as well. As is typical with a German luxury sedan, though, you can always have more upgrades if you’d like to spend a little more money.

My test car also featured the S Line interior package, which brought leather and Alcantara seats, aluminum inlay trim and stainless-steel pedals. It also had a Black Optic Package for the exterior, which adds 18-inch black wheels, black exterior trim and all-season tires (or, as in the case of my test car, 19-inch wheels running summer tires thanks to a further Black Optic wheel upgrade). The grand total for my highly optioned A4 came to $53,840 (including destination). That’s a hefty sum for a compact luxury sedan, but it’s by no means out of line with what competitors charge for their offerings.

In the end, Audi’s mild updates for 2021 continue the A4’s long-standing tradition of style, technology and comfort, offered up at a competitive price. We can only hope the next generation doesn’t go to a complete “glass cockpit” look that eliminates hard buttons in favor of touch panels — but I’m not really all that hopeful. If anything, that impending possibility makes this model look more appealing than ever.