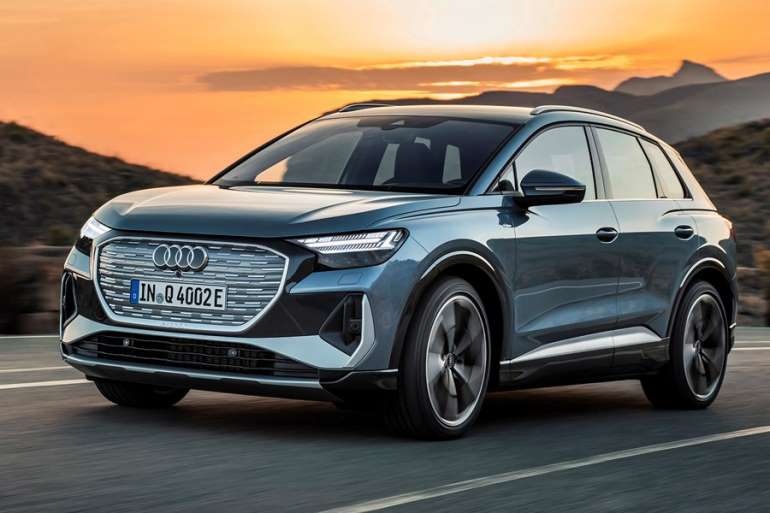 Audi's take on the electric family SUV is cool and classy

Audi has revealed full details and prcies of the new all-electric Q4 E-Tron. It's the company's first electric car based on the same technology as the Volkswagen ID.3 and Skoda Enyaq iV and as well as being available as a regular SUV, you can also specify a coupe-like Sportback version.

The Q4 E-Tron introduces some new technology and offers some choice in terms of price and range. Firstly, there will be three variants from launch, the 35, 40 and 50 Quattro. As you may have already guessed, the 50 Quattro features all-wheel drive as standard – the 35 and 40 versions are rear-wheel drive only.

Rivals? There are a few that include the Skoda Enyaq iV, Volkswagen ID.3, BMW iX3 and Mercedes-Benz EQA and EQC. The market for mid-sized electric SUVs is really starting to heat up. 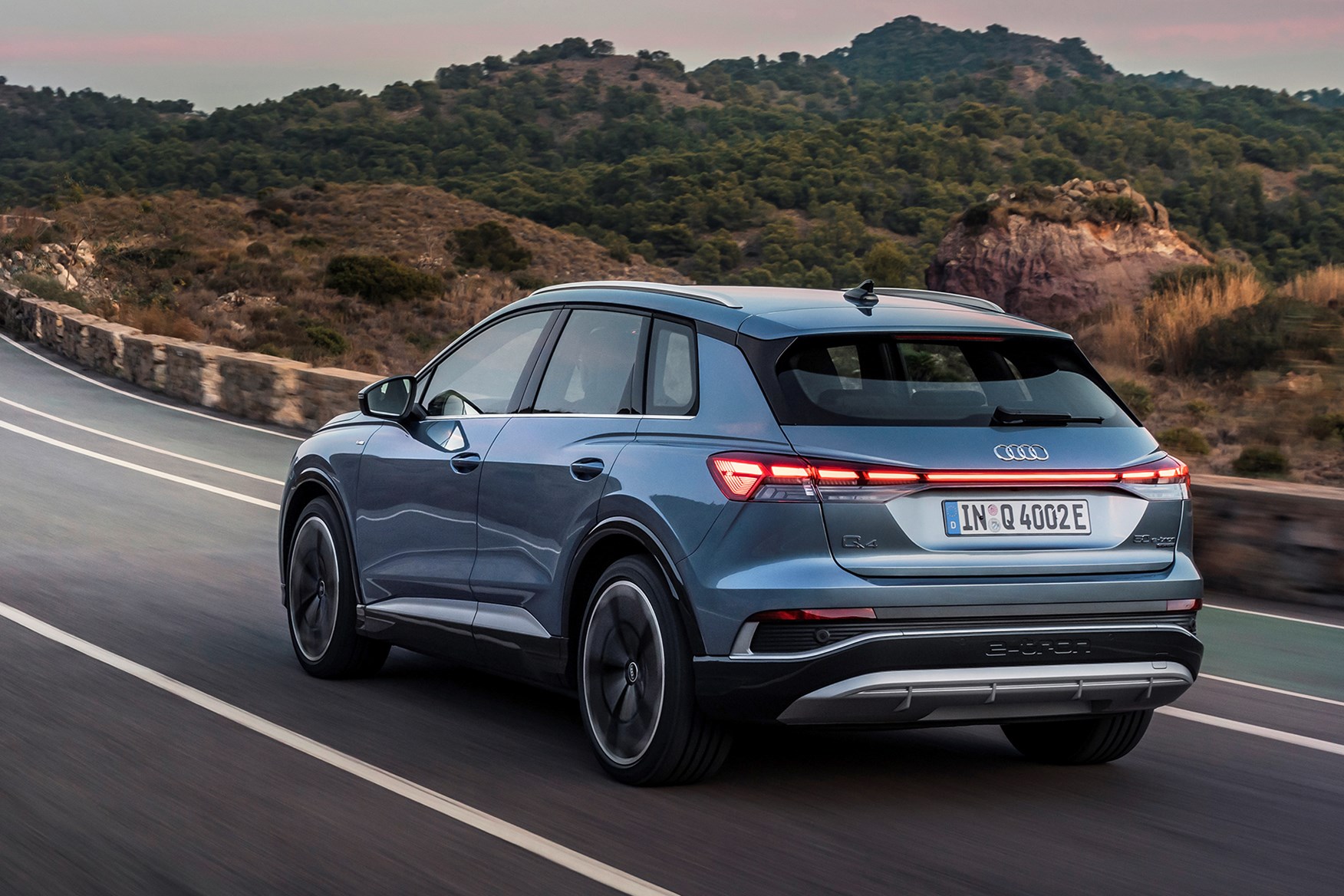 What it's like inside?
Details new to the Q4 E-Tron include a steering wheel with a flat top and bottom (with haptic touch panel buttons) on S Line models and additional storage cubbies, including bottle holders in the door armrests. The central MMI touchscreen (10.1-inch as standard, 11.6-inch as an option) still has haptic feedback like most larger Audis, but there is only one touchscreen, with manually-controlled air-con switchgear below it.

Much like Volkswagen’s ID.3 and ID.4, along with the latest Mercedes-Benz S-Class, the Q4 will be available with an optional augmented-reality head-up display. The AR-HUD actively displays navigation directions in your field of view, gives you markers for the car in front when you have the adaptive cruise system active and even flags up the edges of your lane if you stray out of them.

Audi is particularly promoting the practicality aspect of the new Q4 E-Tron, saying that while it has the rough exterior dimensions of a Q3, it has space inside akin to the Q5 and quality like a Q7. The Q4 has a sliding rear bench, allowing for a boot volume of 520 litres in the non-Sportback variant.

What models and trims are available?
The Q4 E-Tron is available to order now and UK deliveries are expected in June 2021. Trims available at launch will be the Sport, S Line and Edition 1 forms. Every battery and powertrain combination is available with each equipment level.

Even though Sport is the entry level, it still comes equipped with LED headlamps, a 10.1-inch MMI infotainment screen and aerodynamic 19-inch alloy wheels. The S Line model will undoubtedly be the most popular – as is the case with all other Audi models – and gains 20-inch alloy wheels, sportier-looking front and rear bumpers and lowered suspension. The special Edition 1 trim will be a more elaborate offering, with Matrix LED headlights and unique interior and exterior trim. 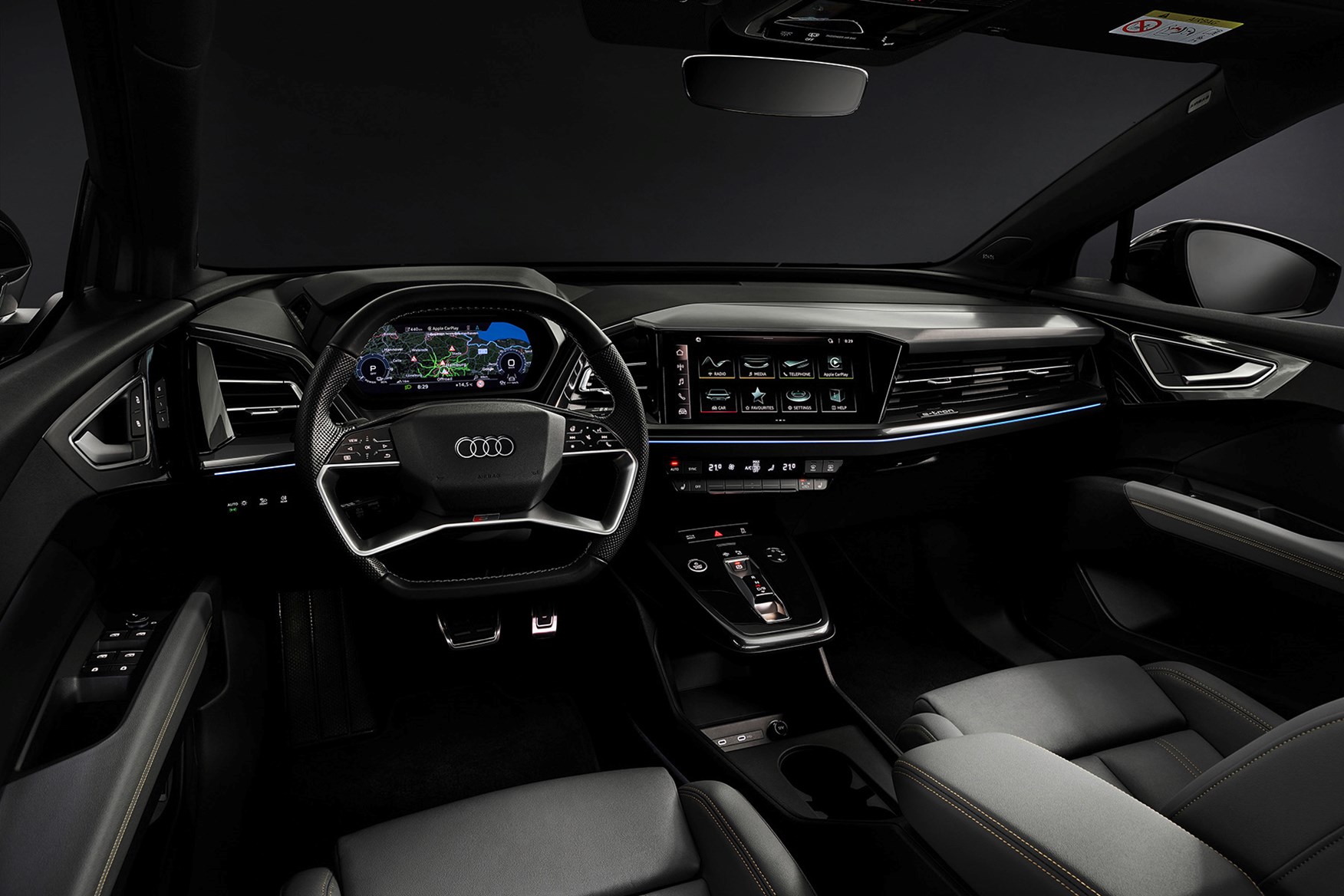 Expected to join the range after the initial launch in June 2021 will be the Q4 E-Tron Vorsprung. Audi has confirmed It’s priced from £54,450 and gains 21-inch wheels, Nappa leather-trimmed seats and a more comprehensive driver-assistance package.

What else should I know?
The Q4 E-Tron can support 11kW AC charging and up to 125kW DC charging, with Audi claiming around 80 miles can be zapped into its new EV in just 10 minutes using those fastest of chargers.

Very little has changed between the production Q4 E-Tron and the concept car that debuted a couple of years ago. The Q4 SUV’s relatively boxy shape is emphasised by clean-cut wheelarches, a blocked-out grille in a very familiar Audi shape, and a single light panel that stretches across the rear. If you choose the optional matrix LED lights, you can customise the way the daytime running lights look with four distinct patterns.

Audi also offers something called ‘E-Tron Charging Service.’ It’s not an unheard of concept from manufacturers – you’re essentially given an RFID card and sign up to a tariff that gives you streamlined access to chargers from different networks, saving you the pain of signing up to individual ones.

Should I order one?
If you like the look of it. the Audi Q4 E-Tron is available to order now, with prices starting from £40,750. That figure soon balloons by choosing plusher models, larger batteries and optiona extras. The question is how much you think it's worth the premium over its Volkswagen Group sister cars, the ID.4 and Skoda Enyaq iV. We can't really answer that until we've driven it.

No model in the Q4 E-Tron range is eligible for the government's £2,500 plug-in car grant. We do like the sheer breadth of models available and the classy interior – and look forward to driving it. You'll be able to read about that here first.