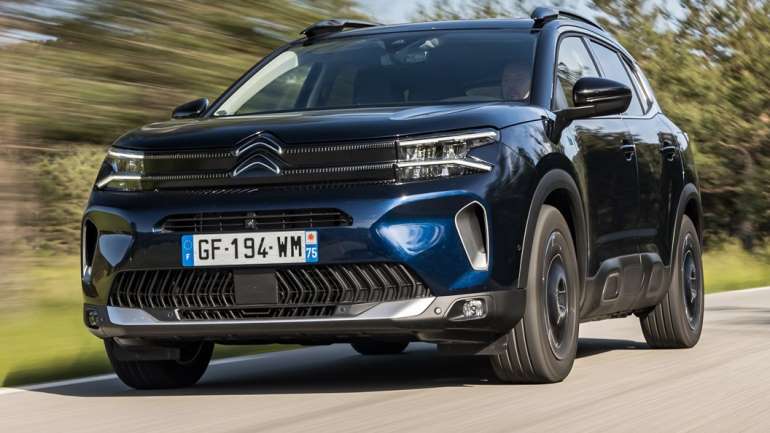 Bauer Automotive's new cars editor, although just as happy behind the wheel of a classic

In the white heat of the family-friendly SUV market you can’t rest on your laurels for a second. So, after four years and nearly 250,000 European sales, the Citroen C5 Aircross has gone under the surgeon’s knife to bring it into line with the brand’s latest design themes.

For those playing spot the facelift that means a new ‘more assertive’ front bumper and headlight combo, some new ‘3D’ rear lights and a new design of 18in wheels. Inside you’ll find a larger and higher definition 10-inch infotainment system slotted into a redesigned centre console.

In other words, it’s a fairly minor update. Is it enough to compete against the Nissan Qashqai, Kia Sportage and Skoda Karoq to name but three? There’s only one way to find out…

2022 Citroen C5 Aircross: What about the oily bits?

You won’t find any surprises here, with the same three engines powering the front wheels and no changes to the suspension, either. In other words, the C5 Aircross still puts passenger comfort over any notion of sportiness or handling prowess. So far so very Citroen, and all the better for it.

Your cheapest engine choice is the familiar 1.2-litre Puretech turbo triple available with either a six-speed manual or eight-speed automatic gearbox. Its 127bhp and 170Ib ft of torque sound meagre on paper, but a mid-10sec 0-62mph time is respectable enough and real-world performance is adequate in all but extreme situations.

A similarly brisk albeit far torquier 1.5-litre diesel is available, although it’s the plug-in hybrid that predictably promises the cheapest running costs. Its 222bhp power output is the highest of the range and, like the pure petrol and diesel, it drives the front wheels alone.

There’s the option of PSA’s familiar Grip Control system on all but the PHEV. This is a switchable traction control system, which offers Mud, Snow and Sand modes to help you out of sticky situations and hill descent control.

Our off-road excursion, which involved some steep inclines and loose surfaces, revealed that they do make a difference, although the mud and snow tyres that are bundled in no doubt helped. There are also two driving modes for general on-road use, Eco and Sport, both of which feel like they’re trying to make the car do something it would prefer not to do.

Better to just leave it in its regular setting most of the time, and not even bother with the paddleshifters; the automatic slurs most changes pleasingly, and rarely leaves you feeling like you’re in the wrong gear. It is a bit hesitant to kick down or accelerate hard from a standstill, though and you’ll feel the occasional sharper shift. 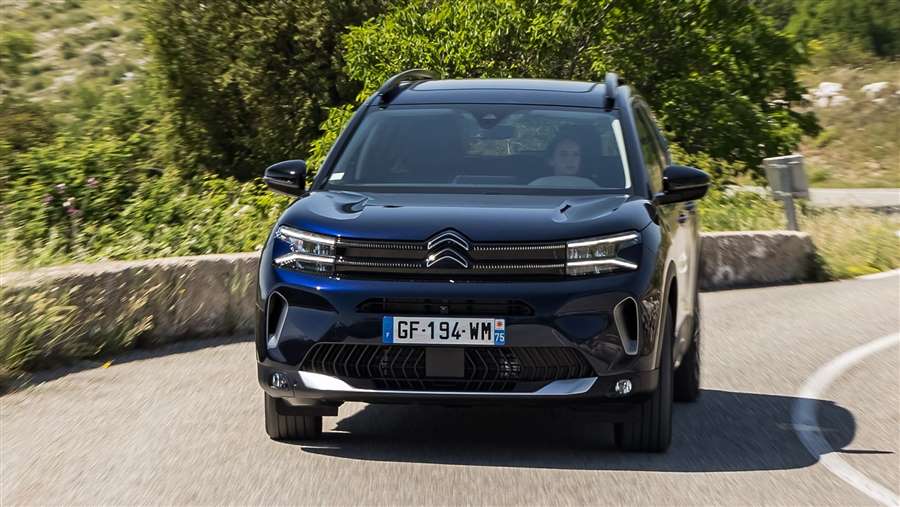 On the subject of refinement, the PHEV can be a little boomy when pushed and never fully fades into the background at a cruise. Even so, it’s a smoother option than the buzzier Puretech three-pot. Wind and road noise are well contained, especially in the PHEV which gets laminated front side windows, making this a great cruiser.

How the car rides plays perfectly into this relaxed feel. The C5 Aircross comes as standard with Citroën’s Advanced Comfort Suspension system, which uses two bump stops per suspension unit, one at the top and one at the bottom. This allows the C5 Aircross to run a softer spring, boosting comfort.

On rough surfaces that use all of the spring’s travel, the bump stop helps absorb the shock and smooth out any vibrations rather than simply stopping the suspension components clattering into each other. You certainly appreciate the gentle way it devours speed bumps, although you do still feel a little fidget on patchy surfaces, especially in the Puretech. Still, you can’t expect too much from a non-adjustable suspension system fitted to a sub-£30k family SUV, can you?

It’s certainly not set up as a B-road blaster, although there’s less bodyroll than you might expect. Even so, twisty Tarmac reveals a front end that’s keen to give up first, overprotective ESC and a sense that while you can carry reasonable speed, the C5 just wishes you’d chill out and stop driving like a bloody teenager.

2022 Citroen C5 Aircross: What’s so special about the cabin?

Unlike the fussy DS 7, or indeed Peugeot’s slightly over-ornamented 3008/5008, the C5 Aircross is rather subtle and grown-up inside without being dour like a Grandland. There aren’t too many flourishes or flamboyant angles and just enough squishy plastics to give a feeling of plushness.

Up front, all versions get Citroën’s Advanced Comfort seats, which are supremely well shaped and cushioned thanks in part to even more memory foam to sink into. They are more armchair than racing bucket, with the flat bases and backs doing little to hold you in place. In the back, there are three equally sized seats, all adult size (although not as big as those up front), and they can be moved forward and back or folded and reclined individually.

This not only allows the rear passengers to sort out the most conversation-friendly configuration, it also maximises your luggage-carrying possibilities. With the rear seats in use you get at least 580 litres, and up to 720. With them folded flat you get 1630 litres, dropping to 460/600/1510 litres in the plug-in hybrid.

A sliding panoramic roof comes with top spec or is a £990 option. It adds to the brightness of the interior but it eats into the rear headroom, making the difference between six-footers being comfortable and slightly hunched.

As for the new infotainment system, it’s sharper looking and more responsive than its predecessor, although having the temperature displayed either side of the touchscreen does effectively reduce its size down from 10-inches to nearer eight. Annoyingly pressing on the readout simply takes you to the climate menu rather than letting you change temperature, making them a pretty pointless addition.

There’s no doubt the C5 Aircross nails its brief, proving to be one of the most comfortable SUVs in its class while providing a generous boot and decent if not outstanding rear seat space. It’s certainly not sporty, yet there’s a certain pleasure in driving it smoothly and relaxing into the experience.

Although it’s pricier and comes with a smaller boot, the PHEV is the version we’d have. The improved refinement, especially in electric mode, better ride and promise of mega MPG if you regularly charge make it worth the additional initial outlay in our book.