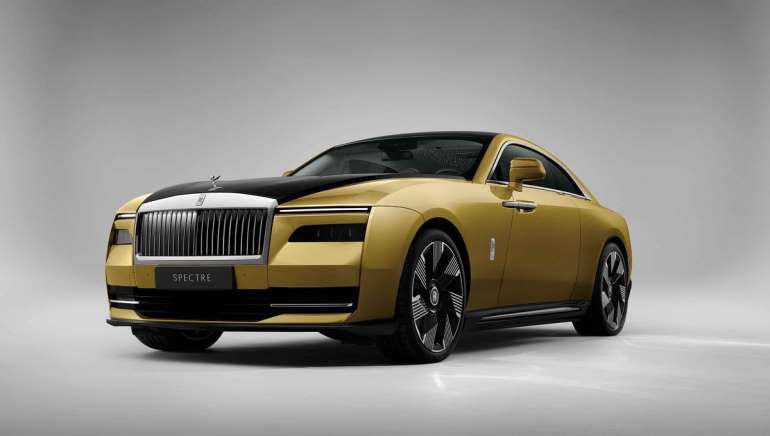 Rolls-Royce is taking its ultimate-luxury ethos to a new realm with the all-electric 2024 Spectre coupe. James Bond probably wouldn't toast the new model with one of his shaken-not-stirred signature martinis given his history of battling the international crime organization known as Spectre. But he might want to drive the regal new coupe nonetheless. The Spectre rides on the same platform as the Phantom sedan and Cullinan SUV but is propelled by a fully electric powertrain consisting of two electric motors that pump out a combined 577 horsepower. The driving range is estimated to be around 260 miles per charge, which does not place the Spectre among the long-range EV cohort with less-expensive rivals such as the Tesla Model S and the Lucid Motors Air. But buyers with the $400,000 or so available to buy a Spectre aren't likely to road trip when their private jet is always standing ready at a nearby airfield. The Spectre is Rolls-Royce's first in a series of EVs, and the company says that its gasoline-powered models will be phased out of the lineup and replaced entirely with EVs by 2030. 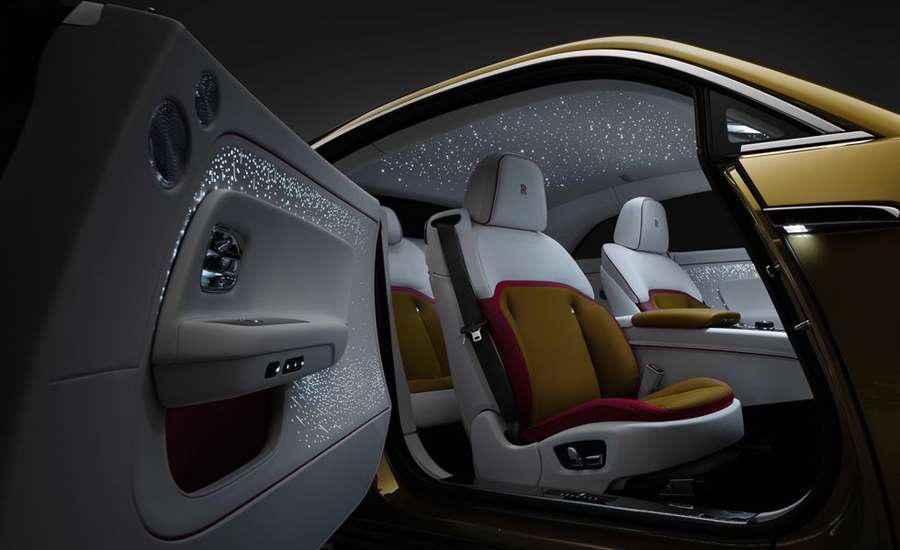 The Spectre is a new addition to the Rolls-Royce lineup and its first customers can expect to take delivery by the end of 2023.

Rolls-Royce hasn't released much information about the Spectre yet, including its price tag. We expect to see classic Rolls-Royce features and options on the new coupe, including a series of highly-customizable packages offered through the company’s Bespoke design service.

All Spectres will come with a dual-motor electric powertrain with 577 horsepower and 664 lb-ft of torque. Rolls-Royce says that's enough to move the 6559-pound coupe to 60 mph in 4.4 seconds. You may scoff at that estimate and point to the Tesla Model S Plaid that hit 60 mph in 2.1 seconds in our testing, but we'd be quick to remind you that Rolls-Royce's brand ethos is more about quiet cruising than mind-bending performance. Rolls-Royce has installed adaptive suspension to ensure an appropriately isolated ride, and the engineers also made room for a massive amount of sound-deadening material that Rolls says will ensure the cabin remains whisper quiet. 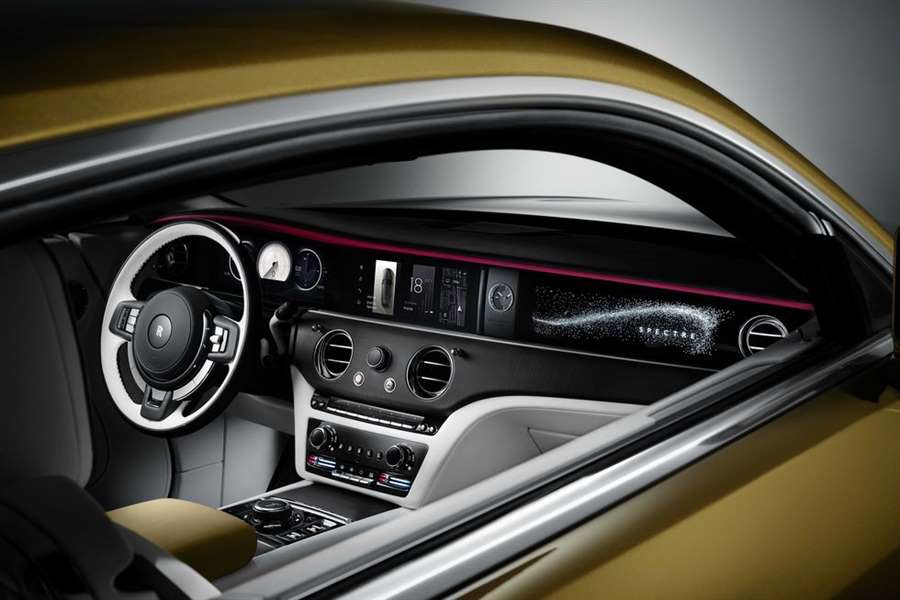 Rolls-Royce hasn't said how large the Spectre's battery is but it's estimating a driving range of about 260 miles per charge. DC fast-charging should be possible, but we'd guess that most Spectre buyers will have a charging system installed at their estates so they aren't forced to wait around in the parking lot of a Walmart like the rest of us.

The Spectre's cabin offers space for four with bucket seats in both rows. Anyone who's familiar with Rolls-Royce's current interior design will find a similarly sybaritic one here, although the company has added several design features that are unique to Spectre. For example, in addition to the brand's signature starry-night headliner, the Spectre's door panels rock a similar twinkle with tiny LED lights sparkling in the area surrounding the armrests. We don't yet know all the details or have a list of options and features but the Spectre should be available with a seemingly endless array of personalization options and material choices.