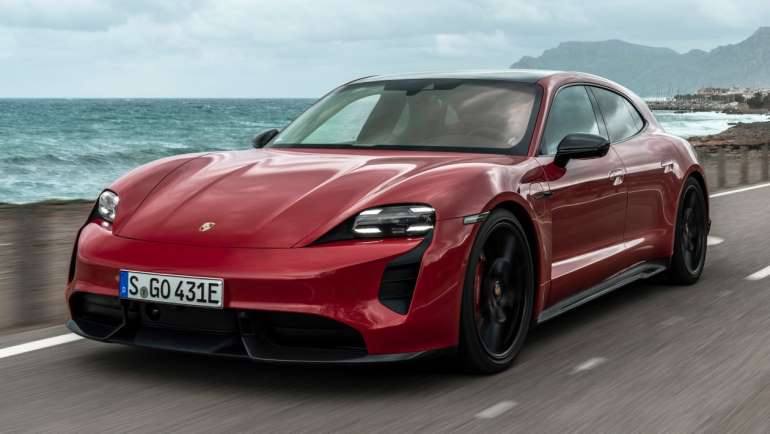 The Porsche Taycan GTS Sport Turismo finally proves that EVs really can be as exciting to drive as they are fast, as practical to use as they are desirable – albeit at a high price here. There are few excuses required for this car. It even has a 313-mile range and can be charged to 80 per cent of this in less than 23 minutes. If this is the future, it’s not just bright, it’s downright brilliant.

Porsche’s Taycan GTS Sport Turismo could be its best electric car yet. It looks great, goes like stink, is beautifully designed and engineered, and – with just a couple of small caveats – it drives quite brilliantly.

So although it costs a whopping £104,990, it requires few excuses to justify, and when you compare it with its closest brother from within Porsche’s own petrol-engined line-up – the similarly styled Panamera GTS Sport Turismo – the list of excuses actually gets shorter.

It’s more than £5,000 cheaper than the Panamera GTS ST. It also offers more power and torque, at 590bhp and 850Nm, so in simple terms it’s just faster: 0-62mph takes 3.7 seconds in the Taycan, 3.9 in the Panamera. Plus, of course, from an ecological point of view, the Taycan GTS is operating in an entirely different universe. 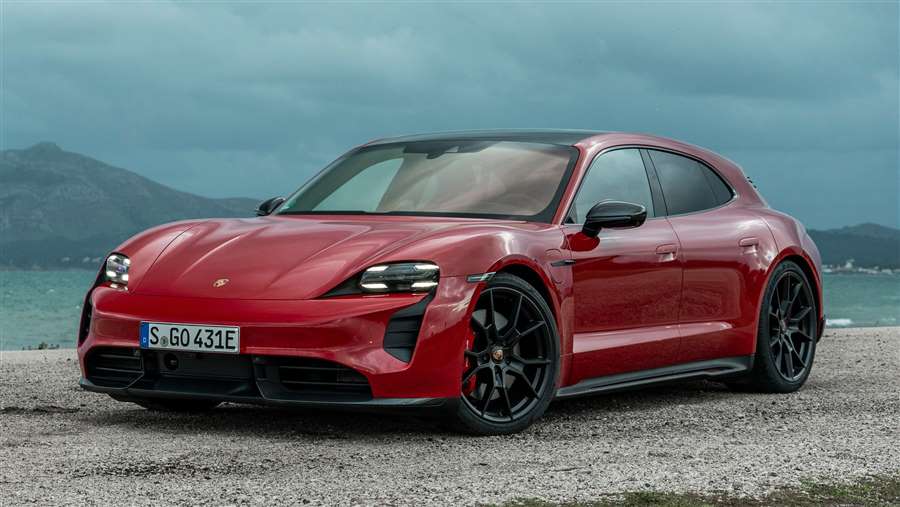 So what are the compromises? Well, it’s the same old triumvirate on the surface; weight, range and charging time. Except even in these areas the Taycan GTS no longer seems all that out-moded.

Its 2,370kg kerbweight doesn’t cripple its dynamic ability. On winding roads the GTS Sport Turismo serves up a lovely mix of ride, handling and steering precision. Its steering is especially crisp, its body control and traction both spookily good given the sheer weight the GTS carries, and, at last, even its brakes inspire real confidence. So the GTS drives as good as it looks, in other words. 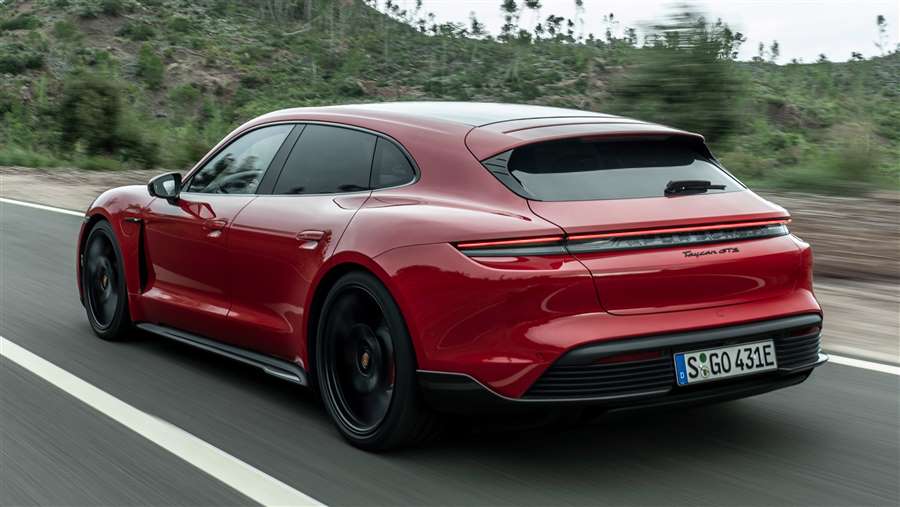 Porsche has even managed to solve the often thorny EV issue of sound, too, by giving the Taycan GTS an intriguing new voice. One that includes blips on downshifts between the two gear ratios and a variety of screams and fizzes under acceleration that really do add to the car’s driver appeal.

Also not to be undersold is the extra hit of practicality the Sport Turismo bodyshell brings. In the front it’s familiar enough territory, albeit with a variety of welcome GTS touches to elevate the cabin; good sports seats make a difference, too. But in the rear there’s a lot more headroom and a much bigger boot (446 litres).

It also comes equipped with most, if not quite all the goodies you’d want as standard. Porsche Adaptive Suspension Management is included, for example. But you’ll need to pay extra for our car’s four-wheel steering and its upgraded surround-sound audio system. 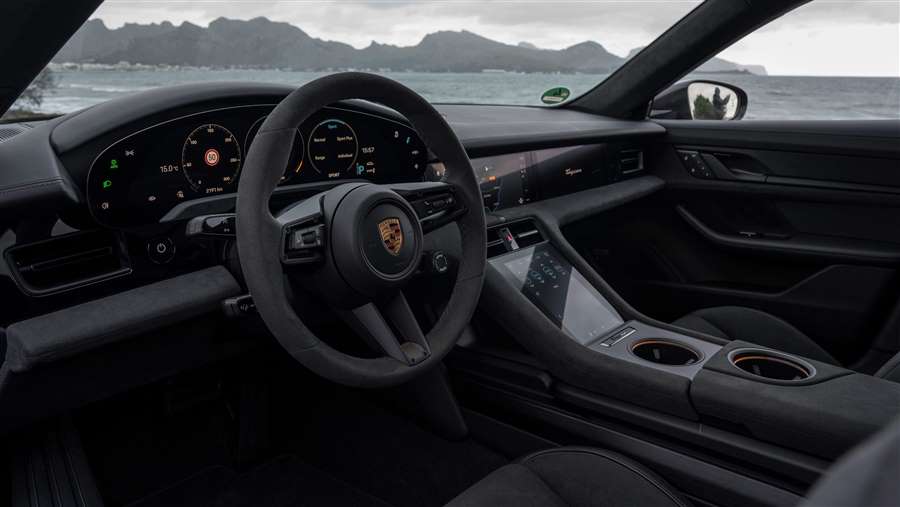 And the other caveats? One, the battery still takes 23 minutes to charge from 5 to 80 per cent, and even this requires the most rapid charger possible. But that’s electric cars for you, and the Taycan is one of the fastest to replenish.

Two, it does chew through its theoretical 313-mile range dramatically if you drive hard, to a point where its real-world range is nearer 200 miles if you’re going for it. Then again, a Panamera GTS would quaff a tank of petrol at a broadly similar rate, which would cost you £135.

Finally, and only if we’re being picky here, the Taycan GTS feels a touch cumbersome under full brakes when you’re going downhill from a big speed into a slow corner. You just need to be fully aware of the physics involved under such circumstances.