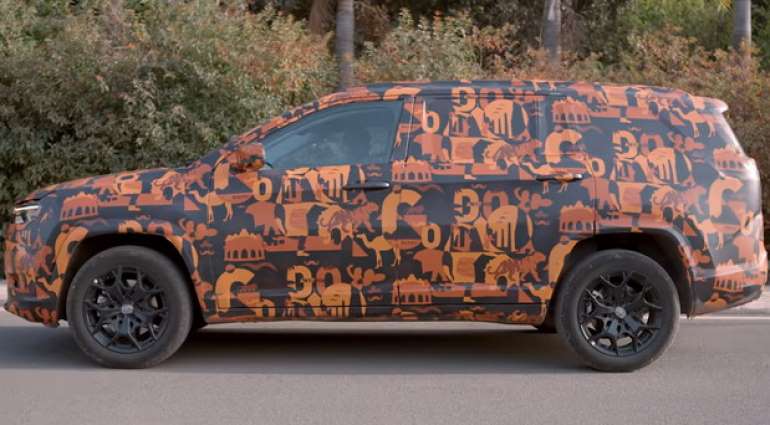 Last year, Jeep unveiled the Commander, a seven-seater model for Latin America, while this year it is announcing the Meridian, which is basically the Indian version of the Commander.

It also means that it uses the Jeep Compass as a basis, only with a longer rear overhang and extended wheelbase.

Meridian will also have a larger rear door to facilitate access to the rear seats. The new Jeep Meridian is still covered in camouflage, but it is expected that it will not look much different from the Commander for Latin America.

The news states that during the development, Jeep tested the prototypes on the long road from Kashmir to Kaniakumari of about 3,500 kilometers.

Some unofficial information says that the Jeep Meridian will get a 2.0-liter turbo diesel engine with 200 hp, with 4x4 drive and a 9-speed automatic transmission. A mild-hybrid version is also mentioned.

As things stand now, the Meriadian will be offered in India in a 6- and 7-seater configuration, but more details will follow in the coming months.

A 10.25-inch digital instrument panel, a 10.1-inch touchscreen, a wireless smartphone charger and Android Auto & Apple CarPlay are also provided for the interior.

Meridian will be made in India and the plan is to go on sale by the middle of this year.