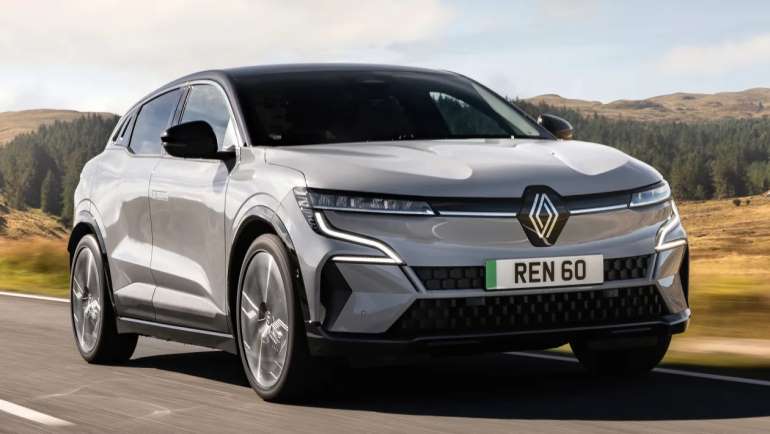 The Renault Megane returns as an all-electric SUV, and is all the better for it

Verdict
Renault has moved with the times with the new Megane, and the switch to full-electric power makes it one of the most convincing models to wear the badge since its debut 27 years ago. It’s spacious, accomplished to drive and has the best in-car tech in its class. There are some minor flaws – improved efficiency would be welcome – but it has fewer than most rivals. If you’re looking for a family EV, the Megane must be on your shortlist.

The Renault Megane is one of those cars that have become part of the establishment within the automotive landscape. The name is among the most recognisable in the family car class, having been on our roads since 1995; only the Volkswagen Golf, Honda Civic, Toyota Corolla and Vauxhall Astra are longer-serving badges in this segment. 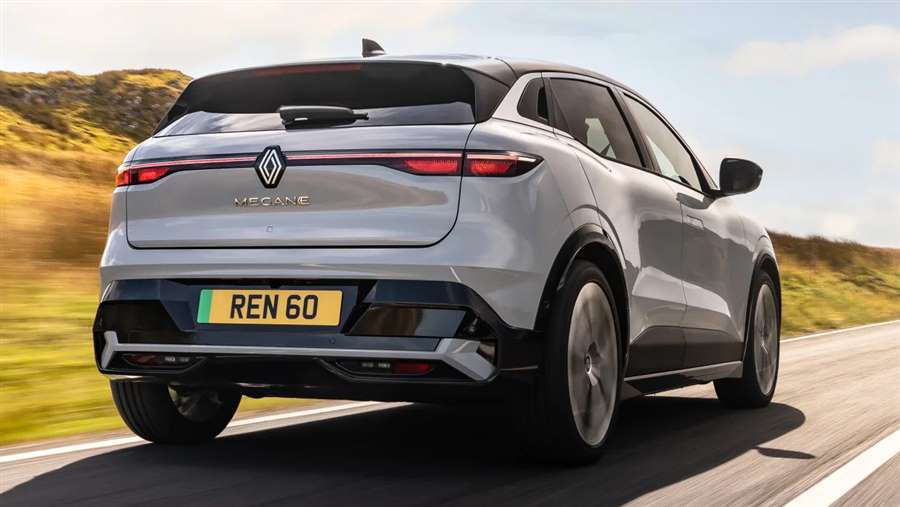 It’s a big deal, then, when a new Megane comes out. It’s an even bigger deal when the car that Renault releases represents such a radical departure from what went before it. And despite what you might think when you see the dramatic new crossover’s proportions, we’re not talking about the design. That’s because the most significant change here is that the fifth-generation Megane is all-electric.

Under the skin, it uses the CMF-EV platform, which is the same tech as our Car of The Year, the Nissan Ariya. However, the Megane uses a different motor, made in France by Renault, which in UK-spec models produces a healthy 217bhp. There are no rare earth metals in the motor, and when that’s combined with the 20kg of recycled material that’s used in every Megane – including plastic bottles for the seat upholstery – the car’s sustainability credentials are boosted.

Energy is supplied by a super-slim 60kWh battery, which results in a cabin space that’s similar to a Volkswagen ID.3’s. That means it’s acceptable, but still a little tight in the rear. At 440 litres, the deep boot is generous, although there is a load lip.

The interior feels miles ahead of the VW’s, though. Quality is a step up on its rival, but it’s the ergonomics that really set it apart. The Megane has proper physical controls for the climate functions, for a start.

One of the areas that Renault is most proud of is the Android Automotive-based infotainment system. It claims that the screen sharpness is class-leading, and that the system is as responsive to use as a smartphone. It’s a fair claim – touch response and loading times are excellent, while “Okay Google” voice commands can be used not only for route guidance, but also to adjust the drive modes and ambient lighting. This is one of the very best in-car systems on the market, and Renault says that there’s more to come, too; future over-the-air updates will bring further improvements and additional functionality.

The Megane is also impressive on the road. Refinement is its strongest point, with wind and road noise plus suspension knocks well isolated from the cabin. The Megane’s driving dynamics are above average for the class, but despite quick steering and a kerbweight that undercuts most rivals, it’s still a 1,636kg hatchback. 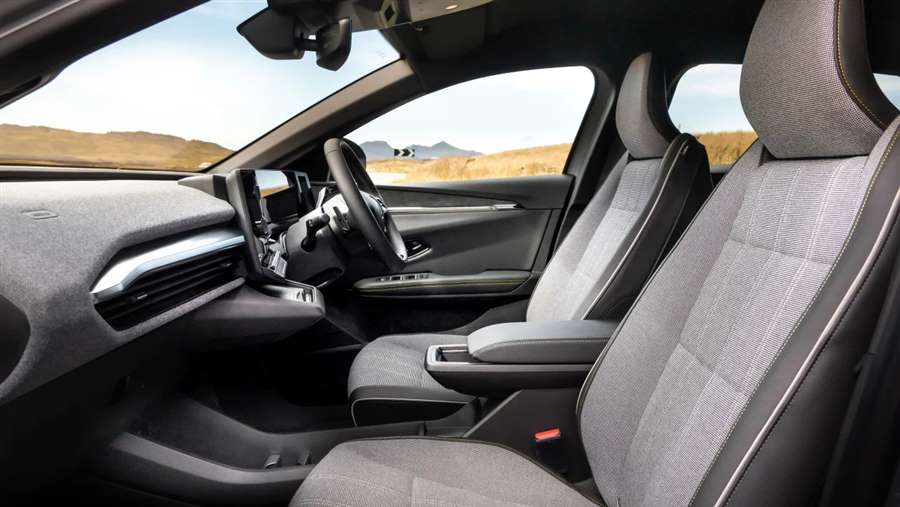 The car’s weakness is its low-speed ride. The chassis never quite settles over uneven surfaces, causing a constant fidget. It’s never harsh, though, and larger bumps are rounded off nicely. Performance is strong, too, with 0-62mph taking 7.5 seconds. Normal mode is best; in Sport the throttle response feels a little too sharp.

There are four levels of brake regeneration to choose from, which can be easily adjusted via steering wheel paddles. When energy recovery is operating, it automatically depresses the brake pedal. This is supposed to be clever, but in reality it feels odd.

A mix of twisty B-roads, motorways and some town driving resulted in efficiency of 3.7 miles per kWh on our test drive, and an estimated real-world range of around 230 miles, well short of the official 280-mile claim. However, if you mainly do urban driving, you can expect much better.

Renault is keeping the Megane line-up simple, with a single powertrain and three trim levels. Beyond the colour, there are no optional extras to add to any of them.

The range kicks off with the £35,995 Equilibre, which gets a 12.3-inch driver display, rear parking sensors and camera, a heated steering wheel, adaptive cruise, traffic sign recognition and USB-C ports. However, it misses out on the Google-based infotainment, which is standard on £38,495 Techno models. This trim also adds front parking sensors, wireless phone charging, blind-spot warning and active lane centring.

Launch Edition is the current range- topper and gets 20-inch wheels and a gold front bumper insert. Inside, there’s a digital rear-view mirror, a nine-speaker Harman Kardon audio system and a surround-view parking camera. At £39,995, it’s much less than a top-spec Cupra Born.

The main challenger for the Megane will be the MG4. It feels cheaper than the Megane in several areas, but costs less, so it’s easy to forgive these shortcomings – ironically something often noted about Renault’s budget brand, Dacia.