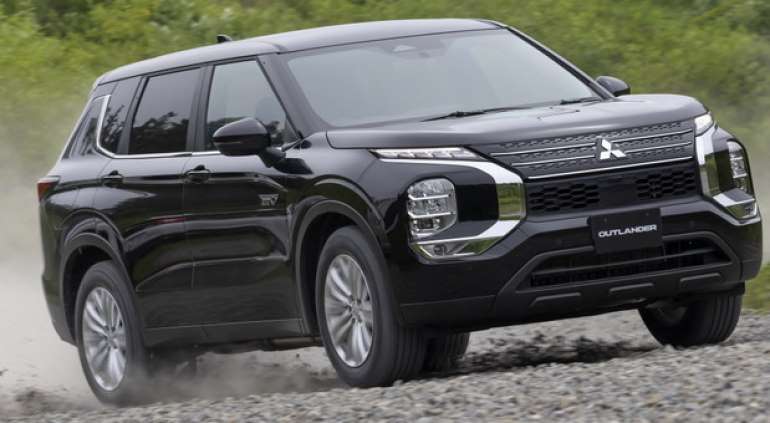 In February this year, Mitsubishi Motors introduced a new generation of Outlander, first with only a 2.5-liter gasoline engine with 184HP and 245 Nm of torque (with automatic transmission and Mitsubishi's "Super All-Wheel Control" all-wheel drive system) .

In the past period, a new Outlander Plug-in Hybrid was announced, which is now officially presented in Japan.

The Japanese, however, have not yet announced all the details, but it is known that the car received a new generation PHEV system with two electric motors (whose power has been increased by about 40 percent) and a 20 kWh battery. Autonomy in electric mode is up to 87 km, and there is also Super-All Wheel Control all-wheel drive. Also, the gas tank has been increased.

Mitsubishi did not release data on the internal combustion engine, so it is assumed that it is a 2.4-liter four-cylinder, as with its predecessor.

It should be reminded that the new Outlander is based on the platform of the new Nissan Rogue, while the look is inspired by the Engelberg Tourer concept that the Japanese factory presented at the Geneva Motor Show in 2019. In any case, the new interpretation of the "Dynamic Front Shield" of the front part stands out.

In terms of dimensions, the new Outlander is 5.1 cm wider than its predecessor and has a wheelbase increased from 267 cm to 271 cm, so it also offers 2.8 cm more legroom for passengers in the second row. The vehicle is 468 cm long, 186 cm wide and 175 cm high.

Sales of the new Outlander PHEV will start in Japan on December 16 (arriving in America in the second half of next year), with a choice of 10 colors (including the new Black Diamond color), as well as 20-inch alloy wheels.

The new Outlander PHEV is also the winner of the prestigious design award "Good Design Award 2021" awarded by the Japan Insitute of Design Promotion.

The award has been given since 1957 with the aim of advancing Japanese industry and lifestyle.