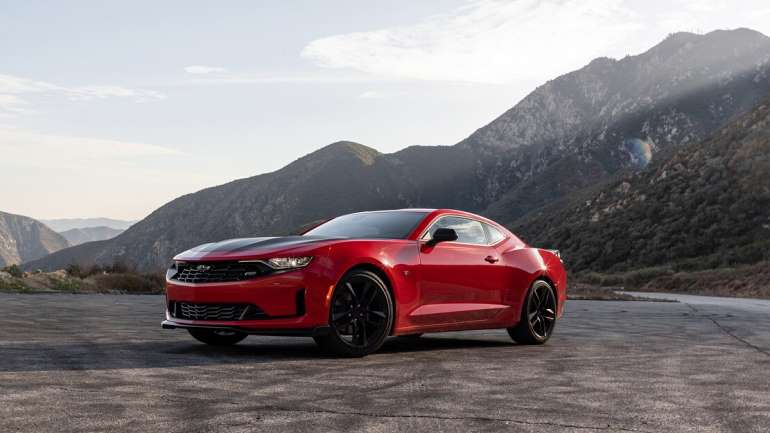 It seems that nearly every review of the Chevrolet Camaro compares it to the Ford Mustang and Dodge Challenger, and with good reason—these three nameplates are historic foes going back 50 years. Well, Constant Reader, that won't happen today, because the subject of this test is the four-cylinder 2021 Chevrolet Camaro Turbo 1LE, an endangered species that combines the Camaro's smallest engine with the SS model's suspension.

Truth be told, a read of the spec sheet had us thinking that this Camaro's natural enemies might be sport compacts like the Hyundai Veloster N and Volkswagen Golf R. Its 275-hp 2.0-liter turbo I-4, six-speed manual, and emphasis on handling over tire-smoking power would put it in the ballpark, we thought, but a couple weeks of real-world driving disavowed us of this notion. The Camaro 1LE has a very different character than a hot hatch. But it also has a very different character than the brawnier Camaros we've driven. We came away with likes, dislikes, a lot of respect—and a newfound notion that a Camaro equipped like this one really is its own unique thing. 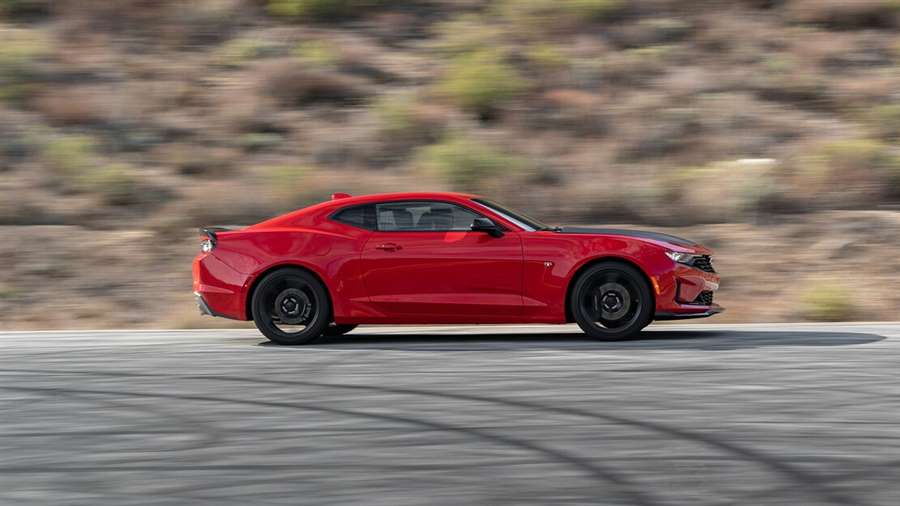 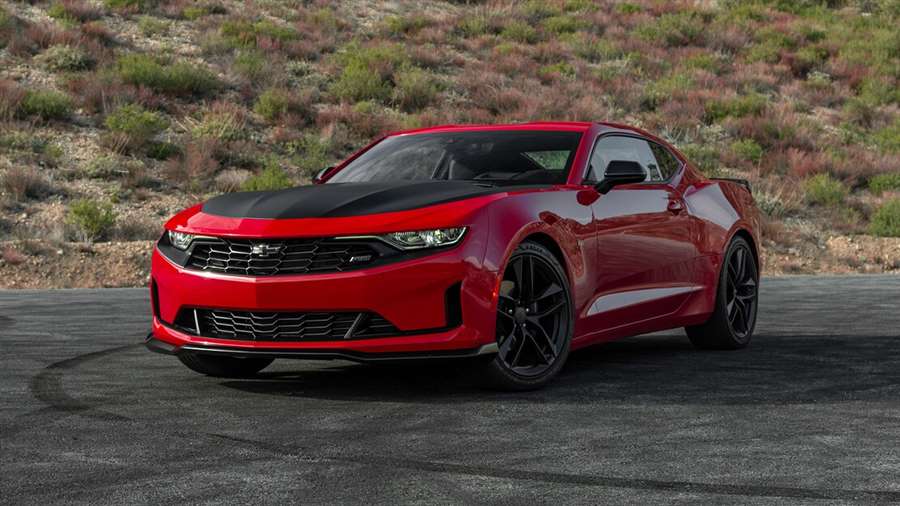 Turbo Four Is Small But Potent

We found we could get quicker acceleration times by launching ourselves (revving to 4,000 rpm before dropping the clutch) rather than using launch mode. The no-lift-shift feature—in which you can keep the accelerator pinned to the floor while you shift gears, and the ECU will keep the revs where they need to be—proved to be a big help, as did the racing-style shift indicator on the head-up display. 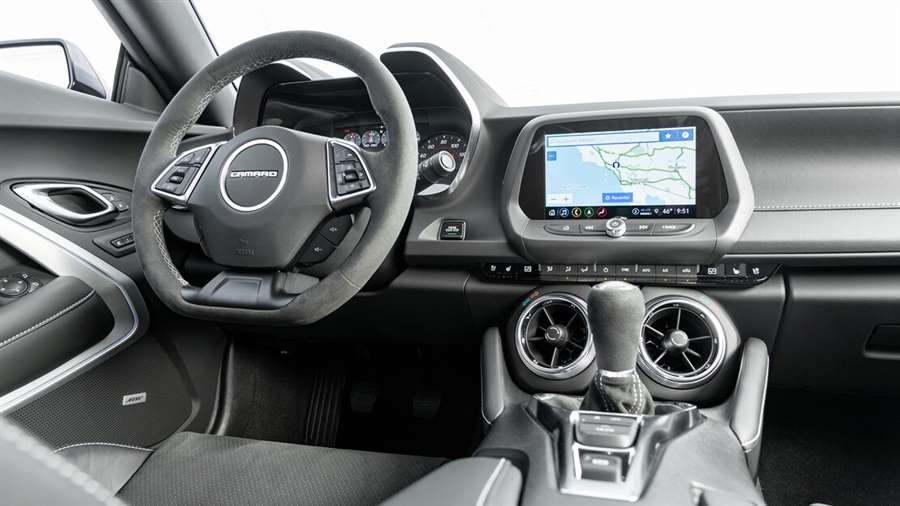 One quirk of the four-cylinder Camaro 1LE is its ridiculously tall gearing. Sixth gear is so high that it literally lugs the engine at 65 mph. Short of investing in a new gearbox, we suppose Chevrolet could fit a shorter final drive and improve the Camaro's sprinting ability, but then you'd run out of revs in first gear way too quickly. The gear spread and speed ranges feel perfect just the way they are, so we can live with a sixth gear that is only for cruising on superhighways. We rarely shifted above fifth and still managed better than 20 mpg.

1LE Means This Camaro Can Handle

But the 1LE is all about handling, and it was out on our favorite twisty roads that our affection for this particular Camaro really blossomed—and the differences between it and our favorite hot hatchbacks started to emerge. A good sport compact attacks the curves with a big, stupid grin, but the Camaro wears the concentrated grimace of a professional. It's not joyless, just focused. 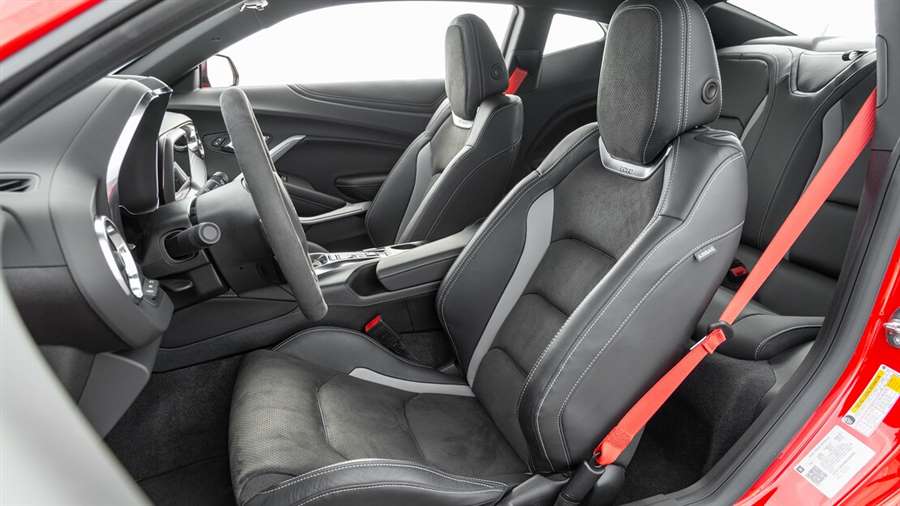 Like a good hot hatch, the Camaro's limits are high but accessible. It grips with heroic tenacity, though we were amused to note that on the skidpad, it was grippier in right turns (1.03 g average) than left turns (0.98 g average), something left-to-right weight distribution (49.9/50.1 percent) doesn't seem to explain—especially with the driver further loading the left side. Out on the open road, if you get cute and try to provoke the Camaro 1LE, it'll let go in an instant, especially if the tires are cold—but the telepathic connection between driver and car is so good that you'll likely have it gathered up just as quickly.

One of the key arguments in favor of the four-cylinder 1LE over other Camaro models is reduced weight on the nose, though we're not sure there's much real-world difference. Our test car weighed precisely 100 pounds less than the last V-6 manual Camaro we tested, but front/rear weight distribution was identical at 52%/48%. It's a different story compared to the V-8, which carries 54 percent of its weight on the front wheels. 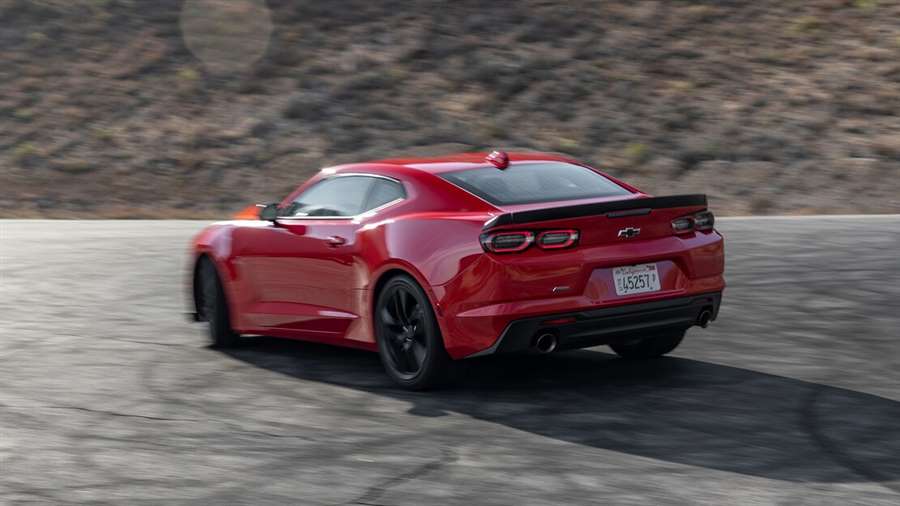 But whatever conversations are happening between the Camaro 1LE and Sir Isaac Newton, what the driver experiences is some kind of magic. Turn-in is buttery-smooth, and once in the curves the feedback from the steering is wonderful, with the front tires serving as your eyes and ears on the road surface. Rolling out of a turn, the steering does its best to guide you back to straight and true as you experience another benefit of the four-cylinder engine: You can open the throttle wide with no worries of the rear tires breaking loose and introducing an unwanted variable into your driving equation. Drag race with the V-8, but if your ideal road is curvy rather than straight, the 2.0T is the engine you want.

That is, most of the time.

Here's the problem: As much as we enjoyed, liked, and admired the four-cylinder Camaro 1LE on the curvy roads, it wasn't the fun-loving daily driver we were hoping for. 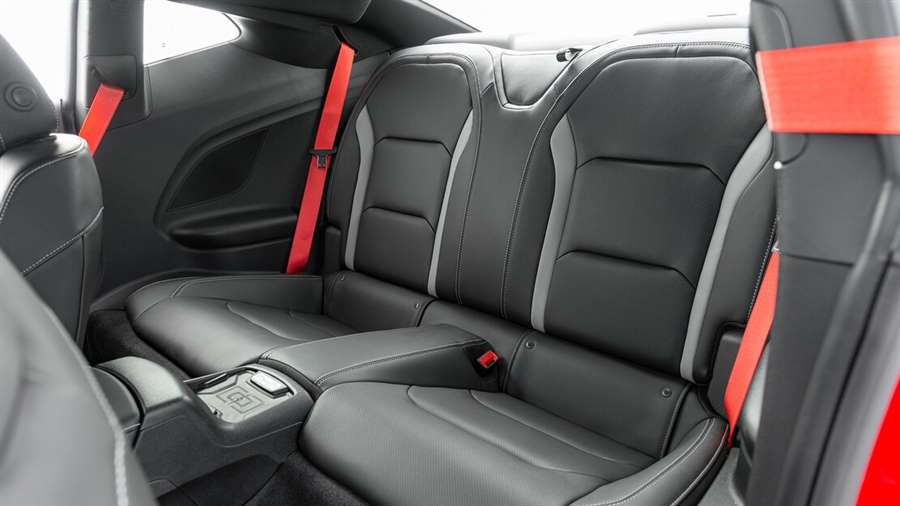 We all know the Camaro's built-in foibles: terrible outward visibility, awkward ingress and egress (exacerbated by our test car's $1,595 Recaro bucket seats), a strictly theoretical back seat, and a pint-sized trunk. That's not what we're talking about. And although it's easy to bag on the Camaro's cabin, we can't fault the ergonomics, driving position, or control layout. The touchscreen infotainment system is straightforward and easy to learn, and we love the climate controls—the idea of turning the chrome rings surrounding the vents into temperature controls is pure Joe Cool genius.

Our problem is that, unlike our favorite hot hatchbacks, the day-to-day driving experience is a bit, well, bleak. The 1LE isn't offered with an automatic transmission, which we love—but even for die-hard stick-shifters like us, the Camaro's heavy clutch and intractable shifter crowd the line between cheer and chore.

Sound, Or Lack Thereof
But the turbo Camaro's worst sin is its awful engine note. We know that a four-cylinder engine can't generate the deep rumble of a V-8, but with this 2.0T, it's as if GM's engineers didn't even try to make it sound good. Below 4,500 rpm all it can manage is an insipid, uninspired buzz that is too characterless to be called flatulent. Seriously, we cannot overstate how awful this engine sounds. We attempted to convey this to a car-enthusiast friend who expressed disbelief that any engine could sound as bad as we described—until we took him for a ride. 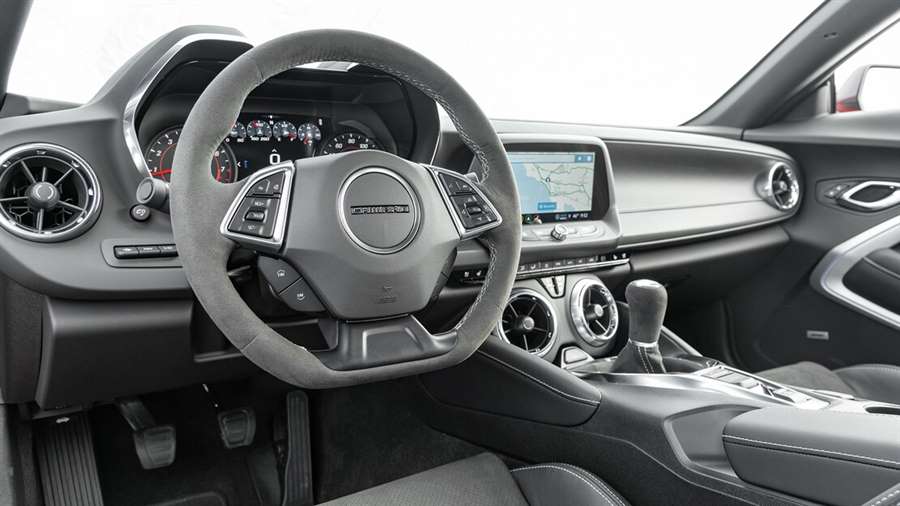 It's only in the top 1,000 rpm or so of its rev range that the Camaro's engine shows some aural promise, but given the flat torque characteristics and tall gearing, there's rarely any reason to rev it into the stratosphere. Come on, Chevrolet—Honda has been building awesome-sounding four-cylinders for decades. Even the Hyundai Veloster N makes better noises. We're giving you detention until you can work out how to make this thing sound like what it is—an honest-to-goodness performance engine.

Herein lies our one major issue with the four-cylinder Camaro 1LE: Not to keep dragging Hyundai into this, but the Veloster N is good fun whether you're tearing up the curves or running your kids to school. The Camaro is great when it's running hard, but we want it to be that much fun all of the time. 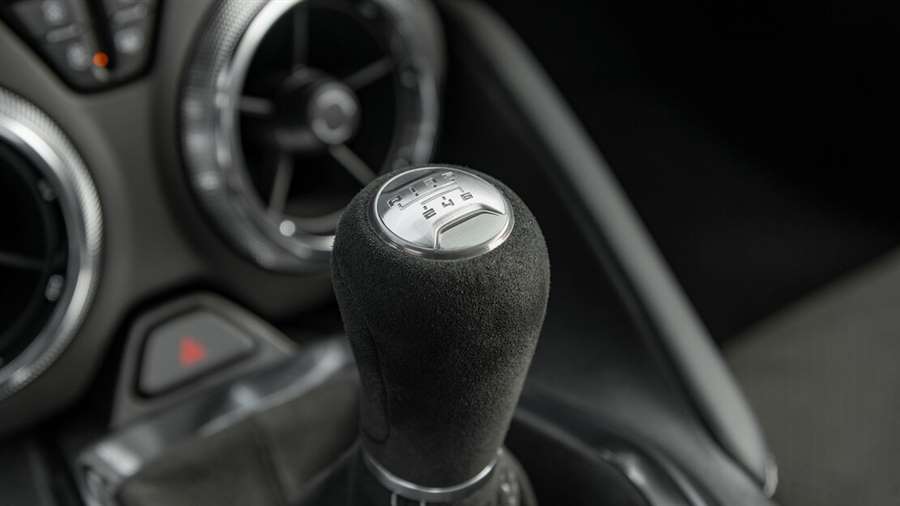 Would that make it a better car? It would be a more engaging one, to be sure, but perhaps that isn't what Chevrolet had in mind. The 1LE is, after all, meant to be a track package. What the four-cylinder Camaro 1LE does best is prove that the Camaro is truly a multitalented vehicle. It's not just a muscle car, and it's not quite a sport compact. Instead, the 2021 Chevrolet Camaro 1LE Turbo is truly its own thing—and that thing is pretty darn talented.

Tagged under
More in this category: « 2021 Chevrolet Silverado 1500 Review: Few Wows but Plenty of Good