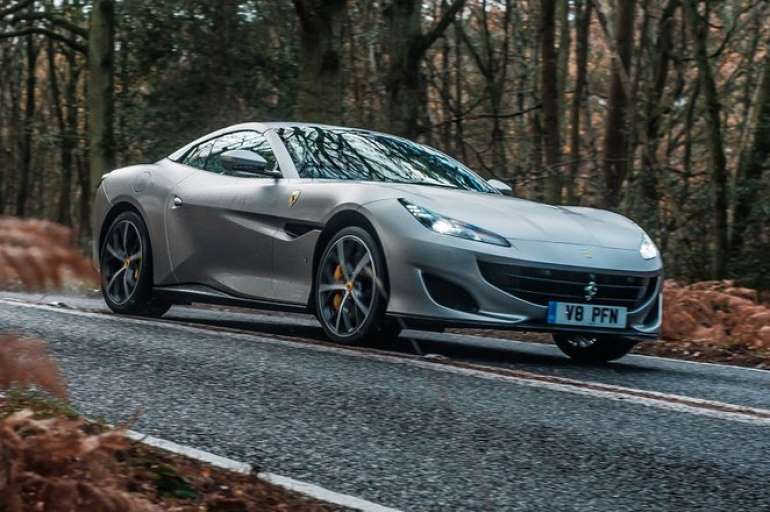 As a rule of thumb, most cars that can be described as ‘entry-level’ feel a little low-rent compared to plusher models in the range. It’s fair to say, though, that the usual rules don’t apply where a certain Italian brand associated with a prancing horse is concerned. Indeed, the Ferrari Portofino is better thought of as an à la carte meal; intended to tempt customers new to the brand to return, picking something more expensive from the menu next time.

It’s also supposed to be a Ferrari that you can use every day, come rain or shine. Yes, the GTC4 Lusso fills that job description, too, but the Portofino is more compact, more economical (as if that really matters) and has a metal roof that can be lowered in a scant 14sec. There’s even a pair of rear seats and a boot that’s big enough for a couple of carry-on suitcases.

Under the heavily vented bonnet is a 3.9-litre twin-turbocharged V8 that produces a mighty 592bhp; that’s enough to give the Portofino a 0-62mph time of just 3.5sec and a toupee-destroying top speed of 199mph. Those are numbers that could embarrass many of Ferrari’s most expensive supercars just a few short years ago.

Of course, being a Ferrari, the asking price is rather stiff, and the Portofino faces stiff competition from the Aston Martin DB11 Volante, Bentley Continental GT and faster versions of the Porsche 911 Cabriolet. Should you be interested in any of these, or just need to buy your nanny a new runaround for dropping the kids off at school, don’t forget to check our New Car Buying service after you’ve perused our extensive review.