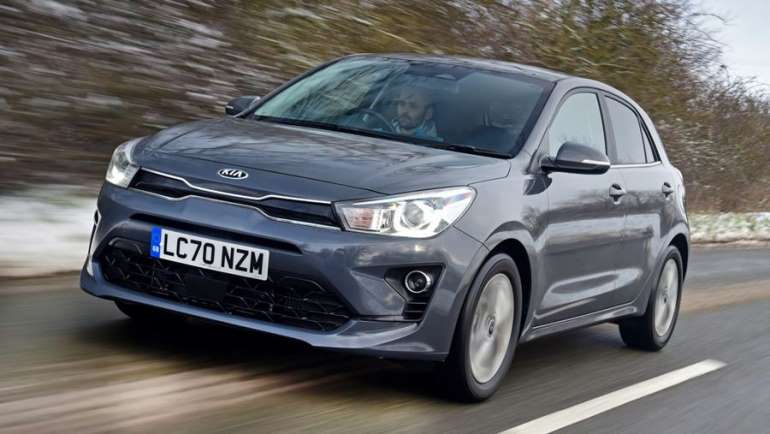 "The Kia Rio is a competent supermini, but because it doesn't excel in any one area, it's difficult to recommend over the competition"

The Kia Rio has matured rather impressively since the first, rather mundane and budget-focused version arrived over a decade ago. While still good value, the updated Rio is now more sensible than penny-pinching, and a worthy competitor in the hard-fought supermini class. 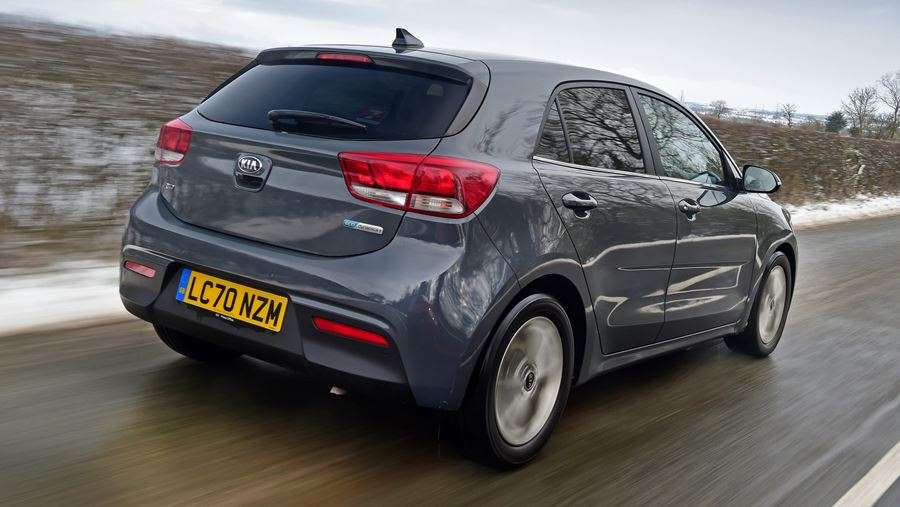 Best reliable small cars
While it may not be as stylish as some, its strengths are practicality, fuel efficiency and generous standard equipment, not to mention the seven-year warranty that makes any Kia a trouble-free ownership proposition. It's a competent all-rounder and deserves to be weighed up against European rivals such as the Ford Fiesta, Renault Clio, Vauxhall Corsa, SEAT Ibiza, Hyundai i10 and Skoda Fabia, as well as the Nissan Micra and Toyota Yaris.

Compared to the Ford and SEAT, the Kia feels pretty average from behind the wheel. Its steering responses are dull and it doesn't feel as poised or agile as the Ford Fiesta, yet it doesn't have the comfortable ride of the Renault Clio, either. 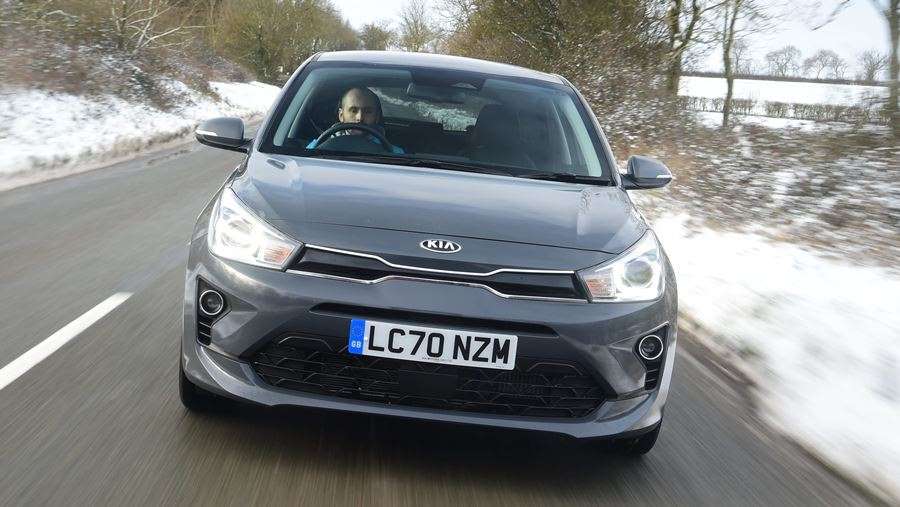 There are three engines to choose from, our favourite of which is a 1.0-litre petrol with either 99 or 118bhp. This is a relatively modern three-cylinder and it's quite peppy – which suits its position near the top of the price list. The range-topper also gets 48-volt mild-hybrid tech and a clever manual gearbox, helping to make its running costs more competitive. The two versions can reach 62mph from rest in 10 and 9.8 seconds respectively, but aren't quite as quiet or smooth as the equivalent rival engines.

There's also the less expensive 83bhp 1.25-litre engine, capable of returning up to 49.6mpg. Meanwhile, for those who still want fuel-efficiency but whose driving is mainly urban, the 99bhp petrol engine still returns up to 52.3mpg.

Further adding to the Rio's common-sense credentials is its spacious interior. It's now available as a five-door only, so access to the front and rear seats is easy and nobody on board is likely to feel claustrophobic. Nor is your luggage likely to complain of being cooped up – there's 325 litres of boot capacity, which is about 10% more than a Fiesta. 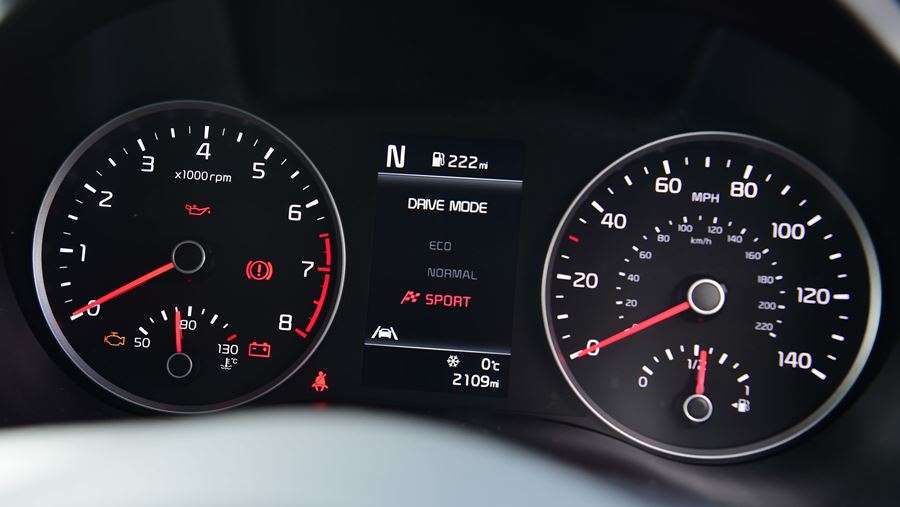 Even the Rio's trim levels are sensibly named, dubbed simply 1, 2, and 3, although the range-topping model is known as GT-Line S. Even the entry-level 1 trim includes air-conditioning, which hasn’t always been standard on the most basic cars in this class, and 2 versions onwards get a new eight-inch touchscreen. It should be noted that you can only choose the most powerful petrol engine in the 3 trim and above. We recommend the mid-range 2 in 99bhp 1.0-litre form as a good all-rounder.

It's clear, then, that while the Rio has plenty going for it, it's no class leader in this tough segment. While many will appreciate its no-nonsense character, it doesn’t really excel in any one area and its rather sedate looks and driving experience mean it won’t be a car you buy with your heart. However, if you're more interested in hassle-free and affordable transportation, there's no ignoring that long warranty, nor the fact that the Kia Rio finished in 23rd place out of the top 75 cars in our 2020 Driver Power owner satisfaction survey. 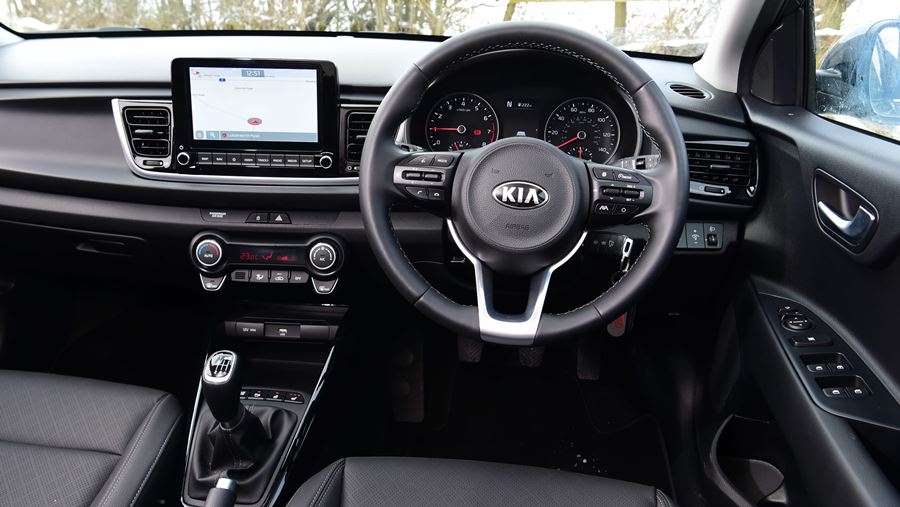 The Kia Rio engine range has been overhauled for the latest model and all of the engines offer decent efficiency. There's no full-hybrid version to rival the Renault Clio E-Tense, Honda Jazz or Toyota Yaris, but the top 1.0-litre petrol engine now gets an innovative gearbox and mild-hybrid setup to help boost efficiency.

The most efficient engine is the 1.0-litre turbocharged petrol. With a manual, it can return up to 52.3mpg on the WLTP cycle, and it's both more economical and more powerful than the naturally aspirated 1.2-litre engine. It's the engine we recommend due to its reasonable mix of performance and economy, and it's a good choice for company car drivers too, as it falls into a low Benefit-in-Kind (BiK) band.

The more powerful version of the same 1.0-litre engine is the strongest performer in the line-up, but owing to its small size and mild-hybrid technology, it still manages 52.3mpg and emits 122-126g/km of CO2. A small battery and generator can add torque to help the engine pull away, while an innovative manual gearbox can automatically disconnect drive while coasting to allow the engine to switch off briefly. 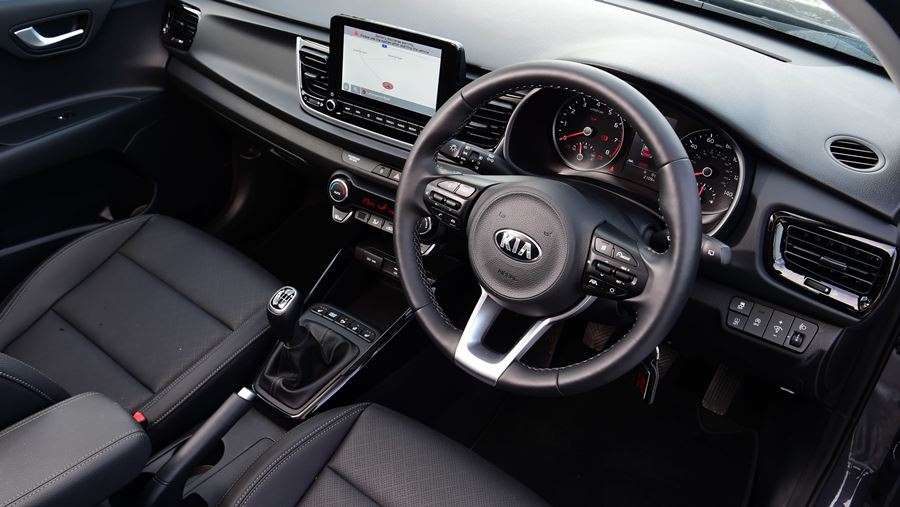 The 83bhp 1.25-litre petrol is the cheapest engine in the Rio range, returning up to 49.6mpg and emitting 130g/km of CO2. In late 2018, Kia ended production of the diesel version of the Rio hatchback. All Rios are liable for road tax of £150 a year.

Insurance group
The Kia Rio occupies insurance groups four to nine (out of 50), with the 83bhp 1.25-litre petrol costing least to insure and the range-topping 118bhp 1.0-litre 3 and GT-Line S trims sitting in group nine. 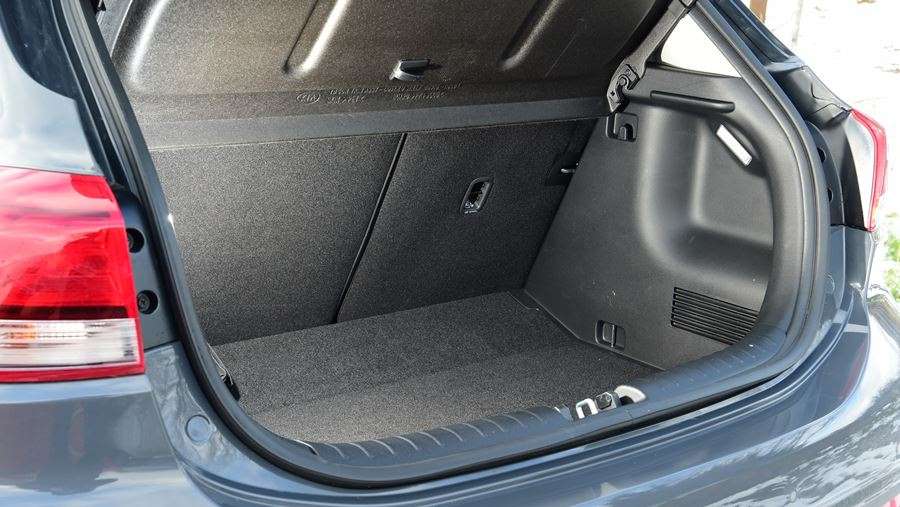 Warranty
One area in which the Rio excels, like all Kias, is warranty cover. Lasting for seven years or 100,000 miles, the brand’s warranty offers fantastic peace of mind and should give owners confidence in the reliability of their cars. It's fully transferable to subsequent owners of the car, too.

Servicing
Kia servicing costs are generally competitive. Petrol models need a service every 10,000 miles or once a year, with diesels needing attention every 20,000 miles or once a year. Kia offers a ‘Care-3’ service pack that costs £299 and covers you for the first three services. For an extra £30, you can get the car’s first MOT included, and for £599 you can cover the cost of the car’s first five services.