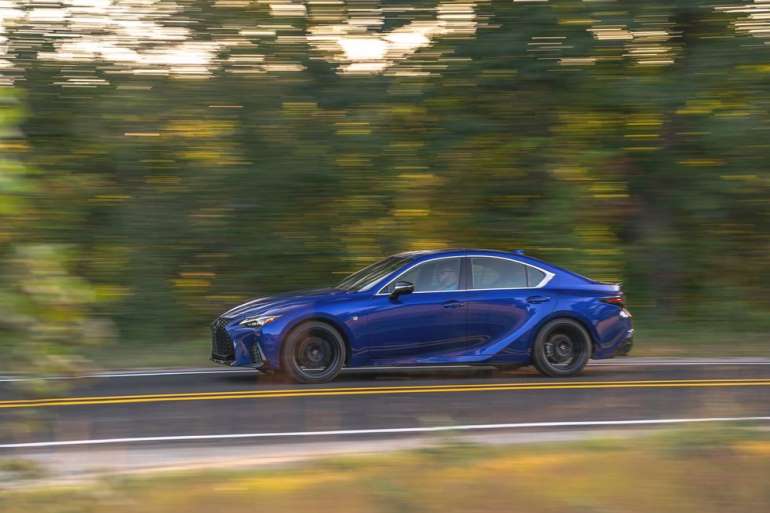 Lexus's updated IS350 F Sport has the looks to kill but it doesn't deliver sufficient thrills.

Sedans are dead, at least that's the conventional wisdom. The trend toward crossovers has seemingly placed four-door cars on death row, but while they're down, they're not out of appeals. New sports sedans are still being introduced. Lexus's updated 2021 IS350 F Sport is just such a sedan, but is it good enough to find enough buyers to save itself from the gallows?

First introduced for the 2014 model year, the third-generation Lexus IS has been reformed by a second mid-cycle refresh in an attempt to keep up with newer offerings like the BMW 3-series, Cadillac CT4-V, Genesis G70, and the still lovely Mercedes-Benz C-class. Designers went to work on the sheetmetal with a smoothed-out profile, squinty headlights, and following the trend, an even larger grille. It's a killer-looking sedan, especially when dressed in the IS350's standard F Sport garb and blacked-out trim. 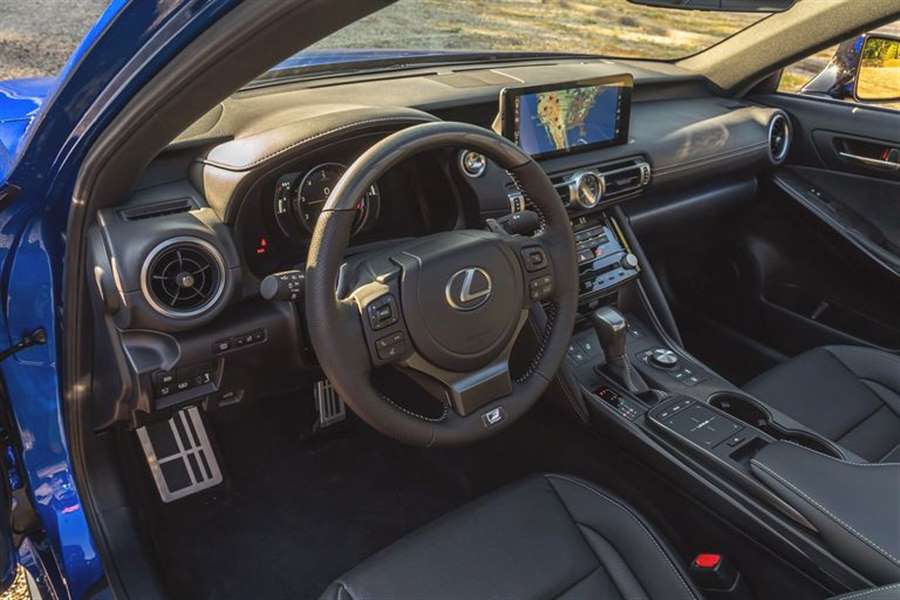 While the IS's looks will please your optic nerve, the segment is one that emphasizes performance. Beneath the hood of the rear-wheel-drive IS350 F Sport is Lexus's familiar 3.5-liter V-6 producing a naturally aspirated 311 horsepower and 280 pound-feet of torque. Against turbocharged fours and sixes, the V-6 seems a step behind the times. The engine lacks the low-rpm shove that comes from most turbocharged mills, and the eight-speed automatic delivers lackadaisical shifts. Acceleration to 60 mph takes 5.6 seconds, and the quarter-mile is gone in 14.2 seconds at 100 mph. While those numbers would have been good a decade ago, today the IS350 F Sport finds itself competitive with the base turbocharged inline-fours offered in its class. For a sedan with such seductive looks, it deserves an updated V-6 with more power.

In an effort to improve handling, Lexus has also retuned the chassis. There are additional welds in the unibody to strengthen the structure, aluminum control arms replace steel ones, springs and anti-roll bars have been lightened, and a switch to lug bolts instead of nuts saves two pounds. Our test car arrived with the $4200 Dynamic Handling package that includes lightweight 19-inch BBS wheels that shave a claimed 16 pounds, adaptive dampers, and a Torsen limited-slip rear differential.

LOWS: A naturally aspirated V-6 in a world gone turbo, chassis shows promise but is held back by an overly vigilant stability control system.

All of the changes sound great on paper, but on the street there's still some structural flimsiness and the steering isn't as precise as the CT4-V's or the G70's. Lexus fits Bridgestone Potenza S001L summer rubber that seems tuned more for comfort than all-out grip. There's also the matter of a stability-control system that reactivates itself above 30 mph. This car's 0.89 g of stick on the skidpad is far from noteworthy. A Camry TRD outgrips the IS350 on the skidpad. Standing on the left pedal at 70 mph stops the IS350 in a competitive 155 feet, but the force of the stop seemed to trigger a low-oil pressure alert. This isn't something we've experienced with this engine before, so it may be a pre-production bug. 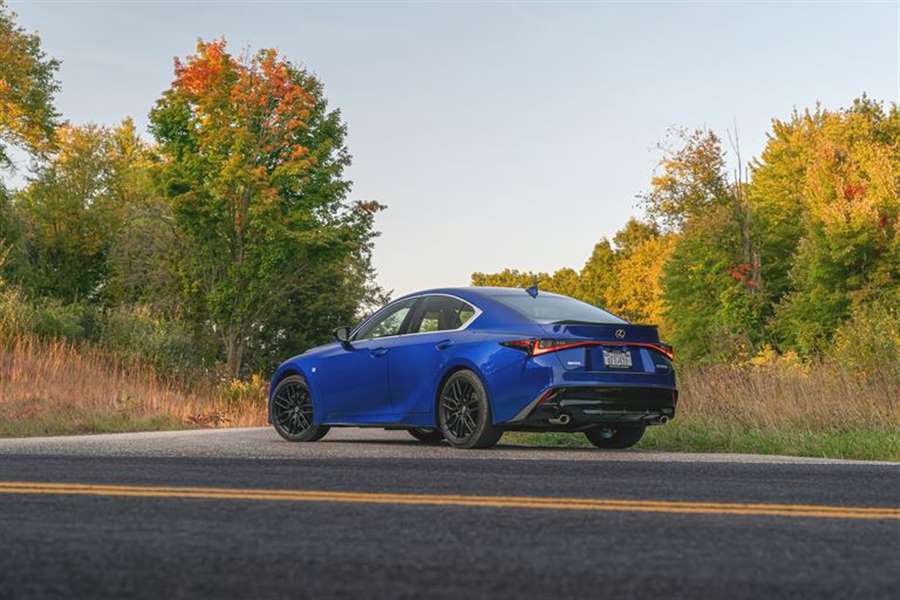 We found few problems with the tastefully appointed cabin. Supple leather and wood trim dress up the revised dashboard. The seating position and comfort of the bucket seats is spot on, but our enthusiasm wanes when we start using the infotainment system's touchpad. Though Lexus remains dedicated to fitting the haptic pad to operate the infotainment system, it's easily avoided by using the standard 8.0-inch or optional 10.3-inch touchscreen. Mounted nearly six inches closer than before, they're an easy tap away. Technophiles will find solace now that Amazon Alexa, Android Auto, and Apple CarPlay compatibility are standard.

The good news for IS350 buyers, is that its $43,925 starting price is $2475 less than last year's IS350 F Sport. A looker inside and out, the low-stress V-6 could definitely use more muscle and the handling could be more engaging and fun. Add in our car's as-tested $55,200 price, and we were in a less forgiving mood. A new engine would go a long way toward helping the IS sedan stay off death row.

Tagged under
More in this category: « Lexus UX SUV review 2021 Lexus IS 350 Review: Refocused but Not Rejuvenated »