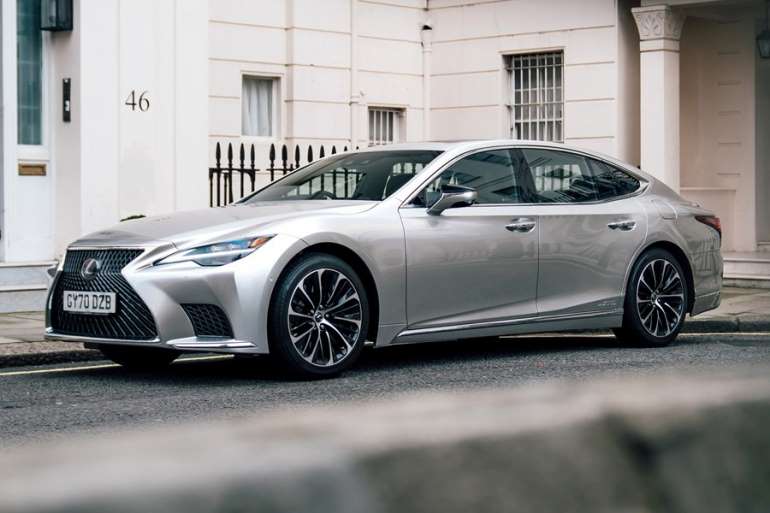 Lexus
Flagship Lexus does grand luxury in a different way

Is the Lexus LS any good?

In reality, it doesn't matter how good it is, as the company sells fewer than 100 examples in the UK every year – and if you're after a Lexus LS, you're probably not likely to be comparing it with the obvious rivals from Audi, BMW and Mercedes-Benz. That's probably no bad thing, because the opposition here is particularly strong, not least because they use these cars to showcase their latest technology.

The LS embodies all of these virtues and more, and which can be truly love-it-or-hate-it because Lexus UK knows few buyers need to love it enough to take the plunge. Here's what you need to know about the Japanese industry's flagship car. 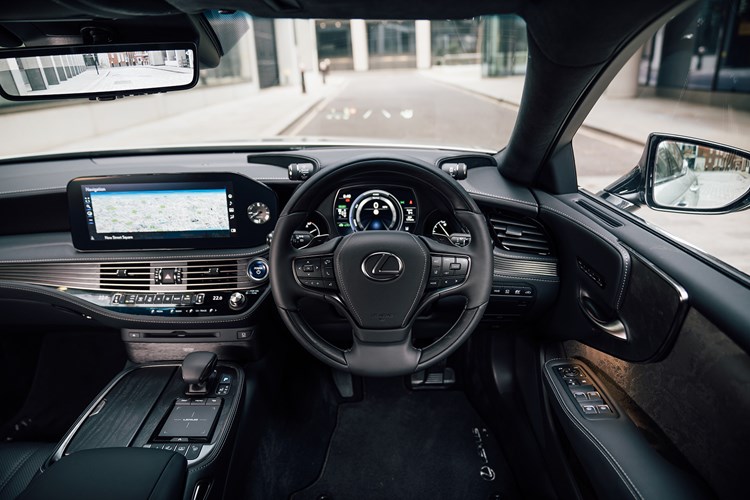 If you're familiar with Lexus models, there's nothing out of the ordinary inside for the driver. The controls are laid out as they are in any other of the firm's cars, with the same transmission selector and steering wheel functions. The infotainment set-up is driven by a touchpad in the centre console between the seats, which is fiddly to use and takes some familiarisation.

It’s rare to get into a car and find materials or techniques you’ve never seen in a cabin before. The doors are trimmed with cloth hand-pleated using origami techniques, and the door pulls were great lumps of carved Kiriko glass. They are distinctively Japanese and unnecessarily beautiful, but they’re also a £7,600 option.

The Takumi-spec model includes an ‘ottoman’ function which motors the front passenger seat away and extends the rear seat behind to allow the occupant to stretch out with a calf support. But without this option the LS doesn’t offer flagship levels of rear legroom: two six-footers can sit in line in comfort, but not with space to spare. 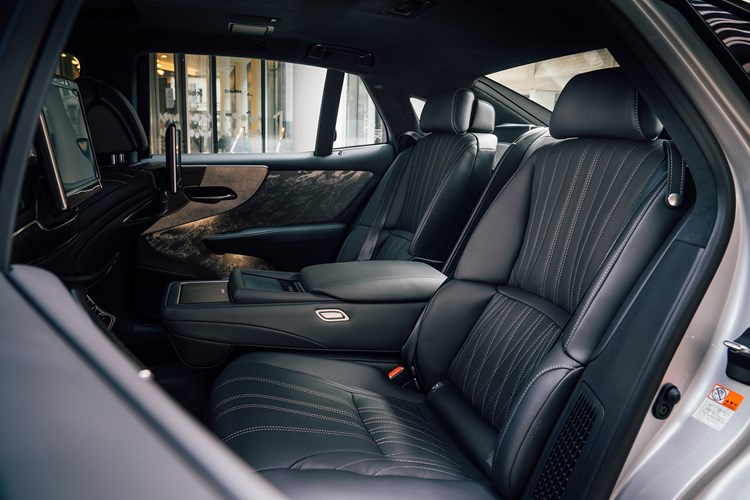 Chassis refinement is good, if not class-leading. The ride is fine, if not quite as cloud-like as the best rivals. The wheels have been designed with resonance chambers in the hollow spokes to cut tyre noise, and the 23-speaker Mark Levinson audio system listens for and actively cancels road noise.

But, sadly, it can’t entirely cancel the sound of the engine. It’s a 3.5-litre V6 with the new Lexus Multi-Stage hybrid system and a CVT transmission, first seen in the LC coupe and retuned slightly for the saloon. Its system total of 360hp is worked hard by the 2,340kg kerb weight. Assertive driving easily sends the needle to 3,000rpm or beyond to deliver the required urge, and an unpleasant moo-whine-thrash into the cabin.

Acceleration on paper looks good at 5.5 seconds for the 0-62mph dash, and claimed fuel consumption is an impressive 39.8mpg. If you want to drive fast – which hardly seems the point in this car – it has adequate shove, and the stiff platform and optional air suspension provide reasonable body control and accurate if inert steering.

More lower down pulling power would probably solve both the refinement and the engagement issues, and make the LS a much better car.

The Lexus LS is available with one drivetrain only – the LS 500h – and three ttrim levels. The entry-level model is the LS, the mid-range version is the F Sport, with the range topper being the lavishly-equipped Takumi. 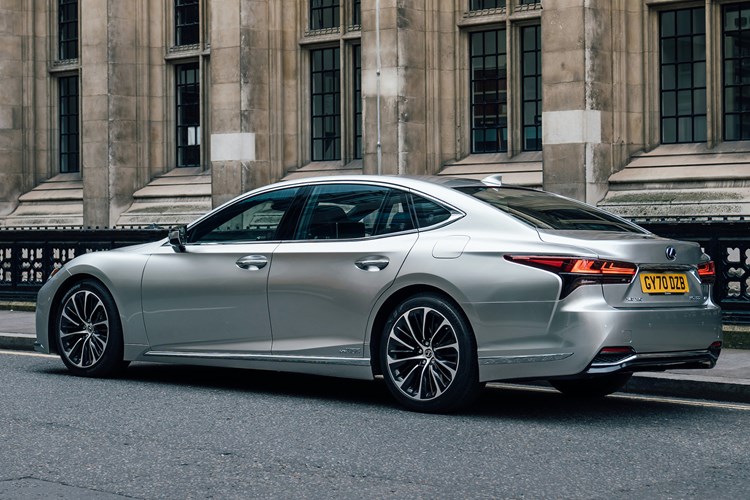 Anything else I should know?

The design of the LS stands apart from rival top-end limousines. The LS is based on the same steel and aluminium platform as the LC coupe, but it's lengthened in the middle, so this large saloon gains not only a coupe profile but also a much lower, coupe-like stance.

The wheelbase is 35mm longer than the old long-wheelbase LS (it comes in one size only) and lends this long car’s lines a sleekness as they flow backwards. And this being a Lexus, the detailing is crazily complex but perfectly resolved: it has the 5,000-surface spindle grille, of course, but the headlamps and air intakes around it are complex and interesting to look at. 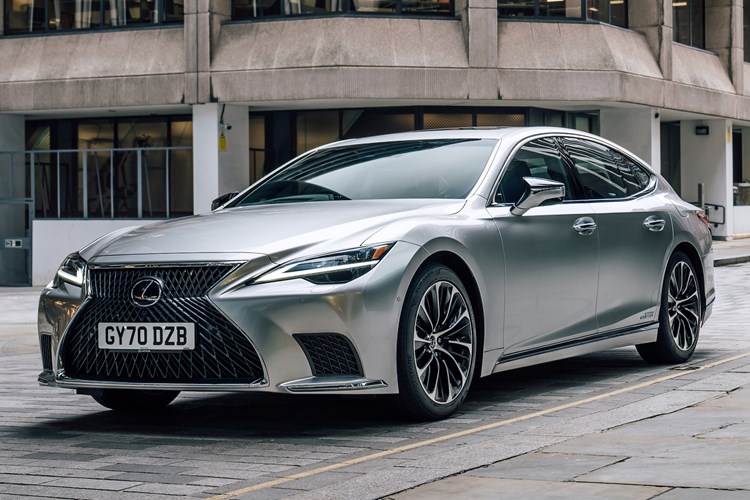 The LS500h definitely polarises buyers. At least 90% reject it in favour of a Audi, BMW or Mercedes-Benz: job done. But it's difficult to see beyond the refinement issues, or the lack of the rear seat options in a car of this price and positioning. The bottom line is that the A8, 7 Series and S-Class all offer more flexibility and options, and that matters to the vast majority luxury car buyers.

With great visual design and an original and beautifully made cabin this is a proper Lexus, but a hybrid drivetrain no longer counts for much when the main rivals offer plug-ins which will get you from your office in W1 to Heathrow on electric power (though not back again). In this case, different may not be enough, and that's probably why the Lexus LS sells in such tiny numbers.