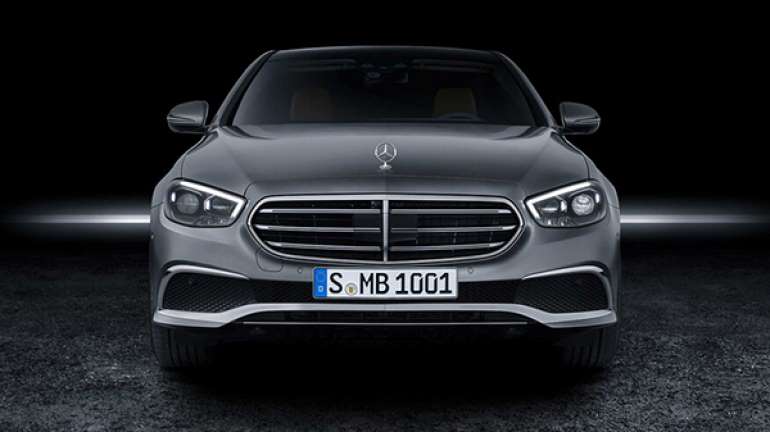 Hood ornaments are dying. They have been for a long time, due to both safety concerns and automotive fashion trends. Jaguar laid down its leaper years ago, Lincoln’s crosshair thing was shot down years back, and Cadillac’s ornate wreath crest fell off its vehicles’ hoods and into the grille decades ago (then lost its wreath!). Mercedes-Benz remains one of the few bastions in the automotive space for the seemingly quaint marker, alongside Bentley and Rolls-Royce. But the majestic, hood-mounted three-pointed star is facing down a similar fate, at least here in the U.S. 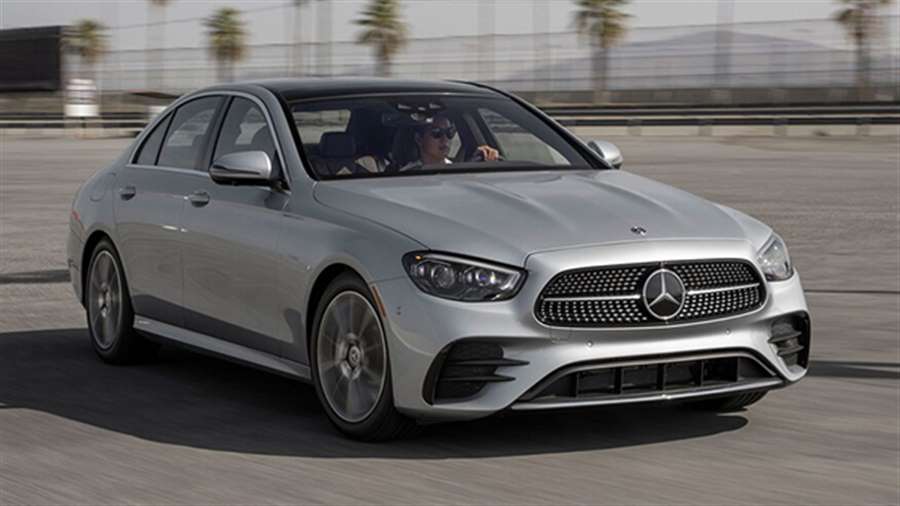 The ’21 E-Class represents a remarkable mid-cycle update of an existing car, with Mercedes having improved and made over the luxury sedan, coupe, and wagon so deftly the E earned our MotorTrend Car of the Year award. It also represents the latest Mercedes model to lose its old-timey hood ornament, after the C-Class, SL-Class, and others, even though it had already been relegated to the fringes of the E-Class lineup here in America. The option is missing from the 2021 E-Class’s online configurator, and Mercedes has confirmed it no longer is available.

Previously, the E-Class was available in so-called “Luxury” trim, with a classic-style Mercedes grille—empty, with only chrome slats—and a three-pointed star perched atop a small plinth rising from the hood. The other trim, “Sport,” represents the vast majority of pre-refresh E-Classes and is the version you’re probably most used to seeing; where the hood ornament would be, it wears a flush button with Benz’s crest on it, and a more modern-style grille with a huge three-pointed star embedded in the center. The Luxury line also brought a more comfort-tuned suspension, tamer wheel designs, and other selections geared toward old-school Mercedes luxury instead of new-age, racetrack-tuned aggression common in the luxury car market these days. 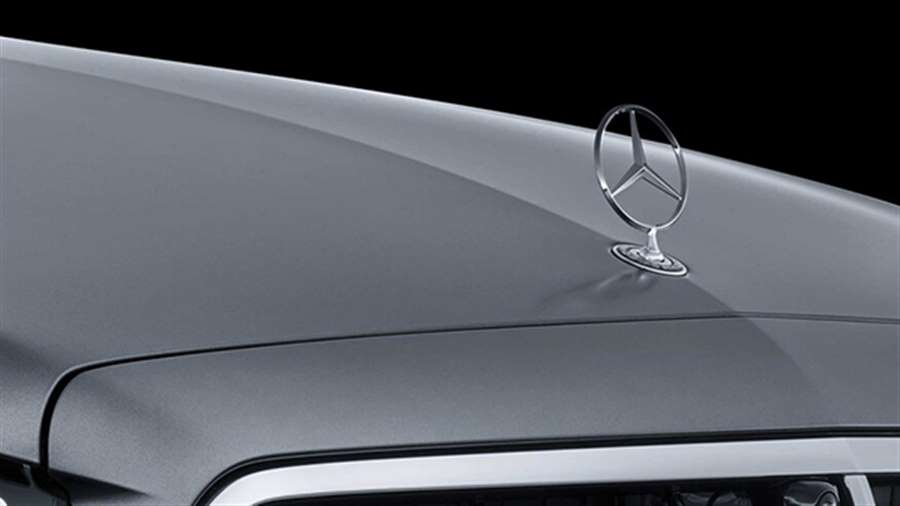 Both the E-Class sedan and the station wagon were available in genteel, distinguished Luxury trim; now, there is no Luxury styling package available. But before the days of Luxury and Sport lines, the E-Class came with the hood ornament by default. That was phased out after the W211 generation was replaced in 2009 (pictured second from right, below); in that generation, even the high-performance E55 AMG model wore a proper hood ornament. It was the following generation (pictured far right), the W212, that introduced the star-in-grille style favored across the Mercedes lineup today to the E-Class.

Why, you might be asking, does any of this matter? Hood ornaments have been on the outs for years, what’s one more? The removal of the star hood ornament from the E-Class brings the well-worn trend to the doormat of Benz’s very core. Today’s E-Class can trace its lineage back through iconic mid-size vehicles that helped establish and cement Benz’s luxury credentials, including the W123-generation 200- and 300-series models, which are renowned for their bulletproof reliability, excellent build quality, and signature ka-chunk door closing sounds (a delight which today is only known to G-Class SUV buyers). What did all of those E-segment cars have in common? Hood ornaments keeping watch over a simple horizontal-slat grille. 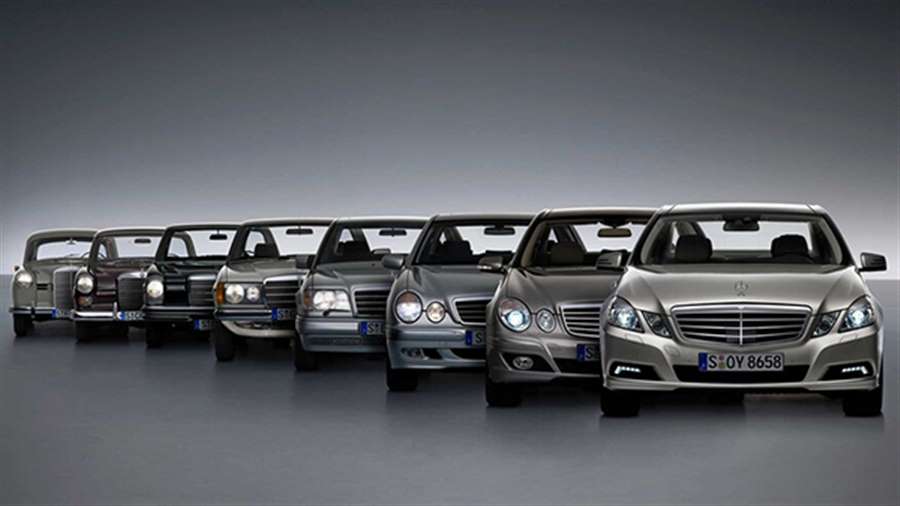 It may come as small consolation, but Mercedes-Benz seems aware of the history and character tied up in its iconic hood star. Just look at the vehicles it continues to offer the hood ornament on: The all-new S-Class sedan, the standard-bearer for full-size luxury sedans, as well as the super-luxurious Maybach GLS SUV and S-class sedan. So, while the hood-mounted star may be gone from the E-Class’s option sheet, it’s not totally gone yet.

Should you want to indulge in today’s best mid-size luxury sedan, coupe, or wagon but just can’t stand the Mercedes star in the grille, we can offer you some hope. Mercedes-Benz designed and sells a version of the 2021 E-Class in Europe with the old-school grille and ornament treatment. We reckon that, were you to purchase the parts from Germany, you could (perhaps with some fabrication or creativity, depending on market-driven bumper and hood differences) fit them to your very own E-Class. After all, the grille shape suggests that piece is interchangeable, and the U.S.-market E-Class’s flush-mounted hood “button” appears to be in the same spot (and the same shape) as the hood ornament’s mount. Because there is just something special about driving a Mercedes and seeing that star hovering out over the edge of the hood and pointing the way. mercede-world.com

Tagged under
More in this category: « Mercedes-Benz E 63 AMG Wagon 550-Horsepower Could Be The One For You (photo + video) 2022 Mercedes-Benz C-class »