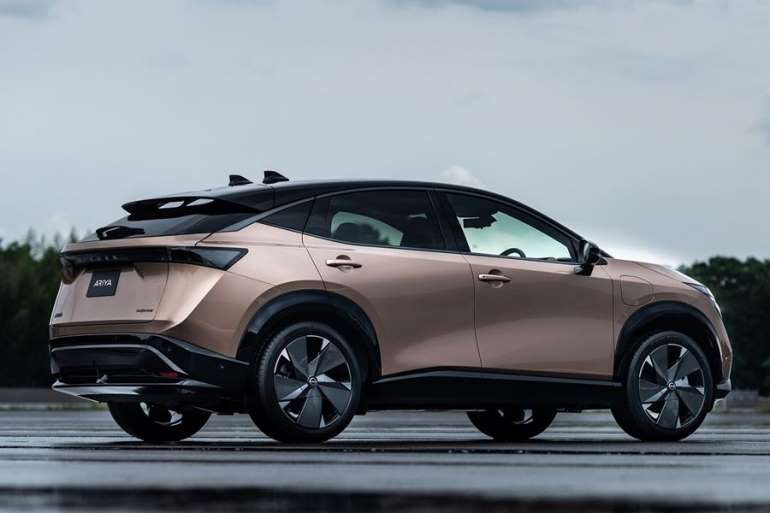 Nissan's second electric car has been unveiled and is due to go on sale in the UK by the end of 2021. The Ariya is an electric SUV that slots between the Nissan Qashqai and Nissan X-Trail in terms of size. It comes with two or all-wheel drive, up to 310-miles of battery range, and two levels of power.

It's Nissan's second electric car after the hugely popular Nissan Leaf. More importantly for buyers, it ushers in a new design language for Nissan. In the metal it looks brilliantly solid and futuristic, while inside it's a step up from what you'd find in a Nissan today.

Main rivals include already established electric cars like the Kia e-Niro and Jaguar I-Pace, as well as upstarts like the Ford Mustang Mach-E, BMW iX3 and VW ID.4. 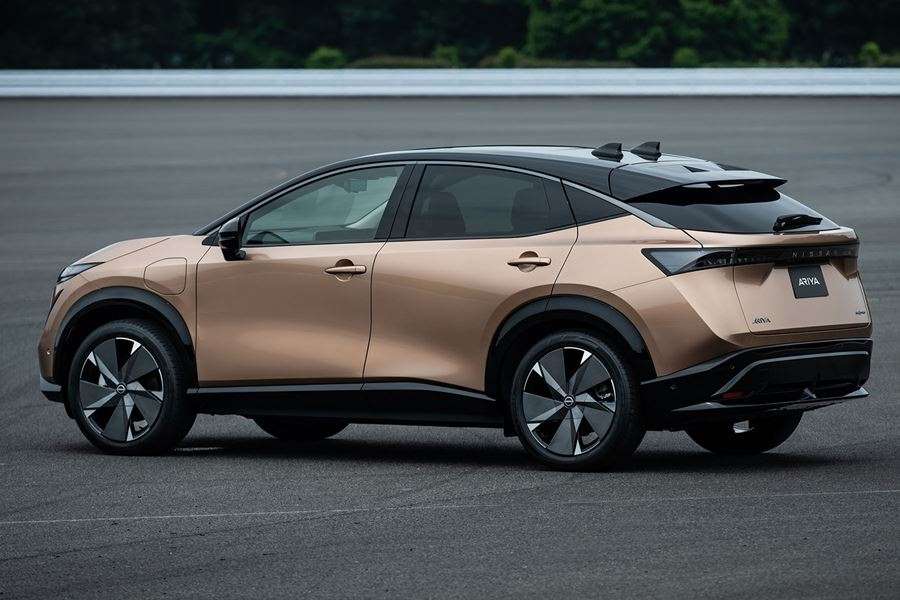 What's it like inside?
As you'd expect, it's bristling with the latest tech. You get a 12.3-inch central touchscreen alongside a 12.3-inch digital display for the driver, and a colour head-up display. There is a suite of driver assistance systems, including an enhanced version of the Leaf’s excellent ProPilot system semi-autonomous adaptive cruise control, with lane-keeping assistance and Nissan’s Safety Shield active safety systems.

The Ariya gets a new 'hey Nissan' voice control system as well as Alexa voice functionality. There's also a Nissan smartphone app to check battery status and set the climate control remotely as you can in many of its electric rivals.

Nissan says that it has the room of a much larger car inside, and this is down to the space efficiency of an electric car, which does not need to house the bulky engine and gearbox in the usual place.

It's a smart new look
The Ariya is certainly more stylish than the Leaf. There are ultra-slim LED headlights upfront, with a contrasting light blade at the rear. It gets animated indicators, two-tone paint schemes and sits on striking large wheels. The design was previewed in 2019 in a concept car – also called the Ariya – and much has remained unchanged going into production. 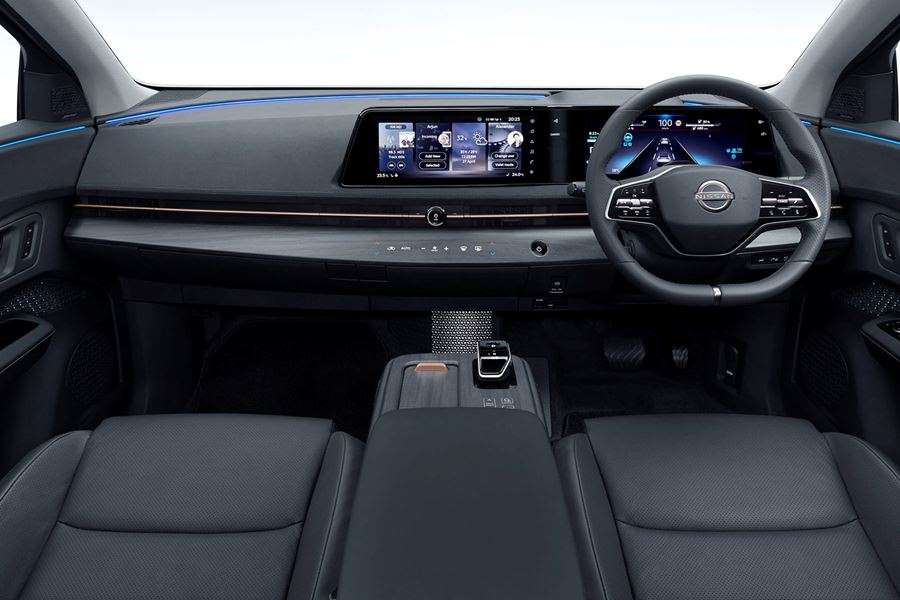 It has a long wheelbase (the distance between the axle lines), which should deliver that promised extra room inside. It's about the same length as an X-Trail, but the wheelbase is more than 7cm longer.

Performance and range – very competitive
The Ariya comes with the choice of two- or four-wheel drive, and will be offered with two power and torque outputs. The entry-level front-wheel drive 63kWh Ariya develops 220hp and 300Nm for a maximum speed of 99mph and a 0-62mph time of 7.5 seconds. Nissan says that this version will have a 233-mile range in real-world WLTP testing. The version with the larger 87kWh battery pack delivers 245bhp with the front-drive motor, and this one covers up to 310 miles on a single charge.

Star of the show will be the range-topping Ariya 87kWh Performance model. You get 395hp and 600Nm of torque for a 0-62mph time of 5.1 seconds. Maximum speed is 124mph. Battery range for the Performance model drops to 248 miles.

Charging options
The 63kWh Ariyas get a 7kW charger for home connections and the the 87kWh versions come with a 22kW three-phase set-up, where the home set-up can deliver this. The good news is that it uses the latest CCS charger set-up, and can support the fastest public charging, with up to 130kW.

Tagged under
More in this category: « 2021 Nissan Kicks Review: Same Value, More Friendly This is a brand new Nissan Qashqai! Now without a diesel he is shooting at the top of the class again »