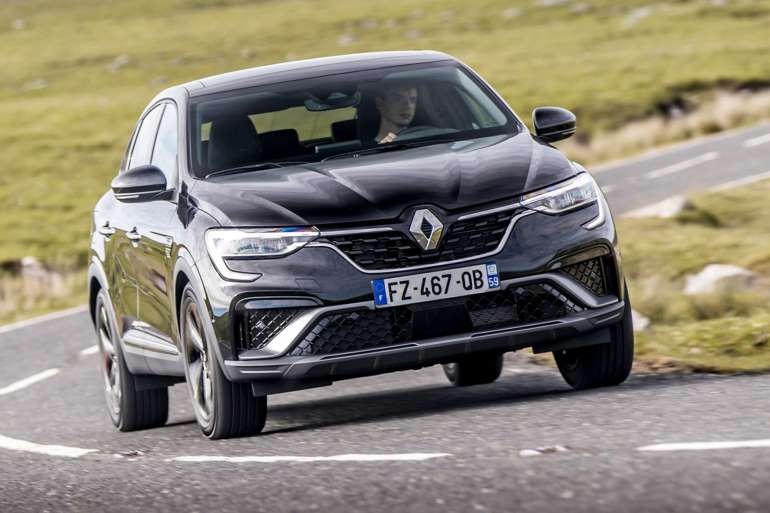 Is the Renault Arkana any good?

This is the latest addition to the Renault range. It's a new SUV/coupe crossover – currently the biggest it offers in the UK – and it's a direct rival for the Parkers car of the year-winning Toyota C-HR as well as the innovative Citroen C4 and Mazda CX-30. We've driven a European-spec left-hand drive version for early impressions.

The Arkana is usefully on point right now – it's exclusively a hybrid, and comes in front-wheel drive form only. It's the first coupe-styled SUV from Renault, it arrives in the UK in late August, and is priced from £25,300, making it an affordable alternative to its bigger-selling rivals.

Most importantly, the Renault Arkana aims to offer a mix of style, practicality and refinement in a value-for-money package. The early signs are that it's a good-value and stylish car with appeal.

The cabin quality is intended to be premium. Certainly, Renault has massively upped its game in this area recently – the interiors of the current Clio and Captur are very modern, stylish and clever. Our test Arkana was a pre-production model, in not-quite UK spec, so it wouldn't be fair to pass comment on the details, but there's nothing radical or innovative going on with the cabin architecture.

There are a lot of physical switches, which dates the cabin, but for many people will actually be a boon, meaning you won't be over-using the touchscreen.

This is a stylish car, but also very much aimed at families, so it needs to look more coupe-like from the outside than it feels from the inside. And it does. The curve of the roof hasn't resulted in tiny windows for the rear passengers, and unlike the Toyota C-HR it's bright and airy in the back.

Rear passengers get slightly more width than those in the front. There are three seats in the back, although a full-grown adults wouldn't enjoy spending an extended time there. It's better to treat the Arkana as a four-seater, and use the wide, comfortable central armrest in the back. Rear legroom is adequate, and headroom will only be an issue for over-six-footers. 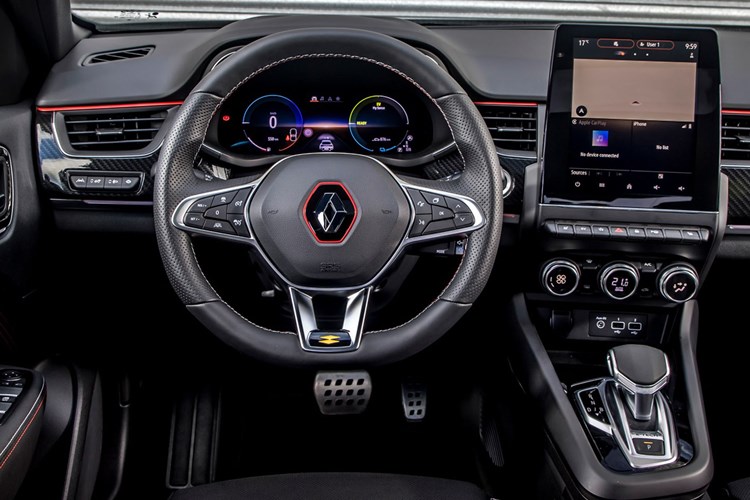 The Arkana's performance won't set the world on fire, but it's very smooth and refined, which is what you're looking for from a hybrid. Acceleration is leisurely, with a 0-62mph time of 10.8 seconds, while the 108mph maximum speed is more than enough for a family car in this class.

A battery sits under the rear seats and powers an electric motor that's attached to the 1.6-litre petrol engine up front, supplemented by a starter-generator, much as you get in a mild hybrid. Between them they muster a total of 140hp, and it starts up in EV mode.

It sits on the same platform as the Clio and Captur, which are both excellent cars to drive. Increasing its size has not harmed the handling or ride quality one jot. It corners willingly and soaks up most bumps unobtrusively, helped by comfortable seats. 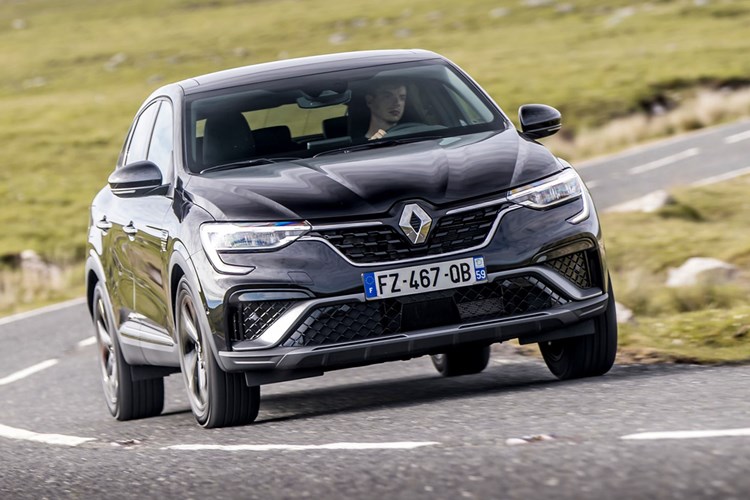 On all but entry-level models you get drive modes play with, but since Pure seems a little sluggish and Sport a bit sudden, you're best off sticking with Hybrid, which provides a responsive set-up and deploys whichever permutation of electric, petrol and mixed power sources is best for any given situation.

Don't be fooled by the RS Line trim, which is purely cosmetic. The on-paper figures are modest and correspond closely with the undramatic sensation of driving the Arkana.

The E-Tech's automatic transmission system doesn't have a manual shift option. Instead, it just gets on with delivering power to the front wheels without drawing attention to itself or requiring any driver input.

The other version, the TCe 140 mild hybrid, has only a small extra battery under the front seats, which can store surplus energy directed to it by the 12-volt starter-generator attached to the 1.3-litre petrol engine. It can't drive on electric power only – it's there to help the petrol engine and give smooth stop-start operation. It's the lighter and quicker of the two cars: 140hp, 9.8sec to 62mph and a top speed of 127mph.

There are three spec levels, all available with either powertrain: Iconic, S Edition and RS Line. All look and feel like good value-for-money cars. The performance isn't going to get anyone excited, but if your priorities are style, practicality and a good smattering of convenience and comfort features, then you're looking in the right place.

The middle-ranking S Edition has better infotainment than the entry-level Iconic, with the touchscreen up from 7.0 to 9.3 inches, bigger wheels – up from 17 to 18 inches – and various design changes. RS Line trim has different 18-inch wheels and more significant exterior changes, including a different front bumper and grille.

The sleek shape isn't just about the looks. Renault says that the Arkana is about 25% more aerodynamic than a traditional SUV, which helps with economy and refinement.

Renault expects the E-Tech hybrid to be the big seller in the range. This system – as already seen on the Clio, Captur and Megane – uses energy-recovery know-how from the company's F1 team. The aim is seamless transition between electric, hybrid and petrol. 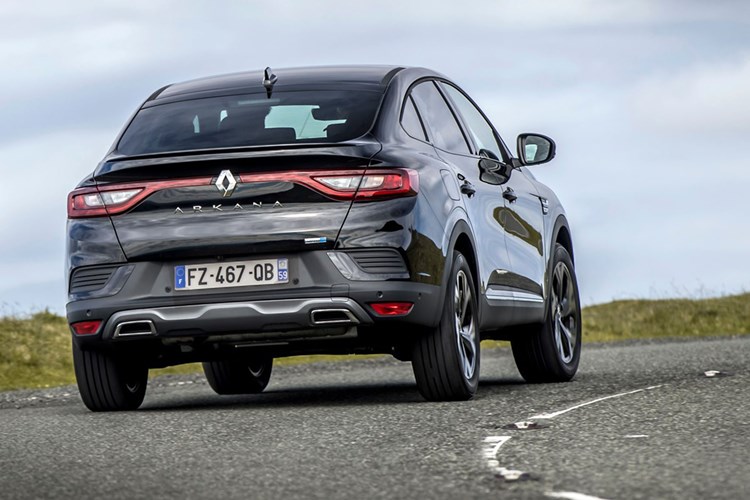 The Renault Arkana might seem rather ordinary, even old-fashioned these days, considering the form is committed to launching 14 E-Tech hybrid and electric models by 2025. But looking at it in a more positive light, the Arkana is a proper car, adopting the SUV/coupe style that's a proven success for other car makers.

The Arkana uses tried-and-trusted technology that makes it capable and good to drive. More radical cars, with a higher degree of electrification, are available from Renault and elsewhere, if that's what you want, but for those who want a contemporary-looking car, and don't want to go electric, this is an appealing choice.

Right now, this is a smart, practical, enjoyable and decent-value new car that's going to be offered at an appealing cash price.

Tagged under
More in this category: « Renault Arkana review